Dialogue and exchanges between young people and decision-makers are key to improving communication and building trust. This gives young people the opportunity to participate in creating policies that directly affect their lives in areas such as employment, the environment, culture, and public health, said EU Ambassador to Montenegro Oana Cristina Popa in September 2021, when the EU Delegation and EU Info Centre with partners launched the pilot initiative “Youth Dialogue.”

The pilot initiative was an introduction to 2022, which the European Commission declared as the Year of Youth. The “Youth Dialogue” continued in the Year of Youth, with youth employment as the umbrella topic of various processes, workshops, events, and conferences organised within the Dialogue.

Dialogue with young people is not only important for young people, but perhaps more important for policy makers in order to gain insight into the needs and desires of young people and aim policies in that direction. European politicians and institutions have a routine of involving young people in policymaking. The “Youth Dialogue” initiated and strengthened by the EU Delegation is a kind of encouragement to Montenegrin institutions to adopt this practice even before the country becomes part of the European Union, because the Montenegrin youth is becoming more active.

The “EU Youth Dialogue” (formerly known as the “Structural Dialogue”), which is conducted at the EU level, is an established process of communication between decision-makers and young people. It is a process in which young people from the EU contribute to creating policies that are important to young people. The “Youth Dialogue” campaign intends for one of its results to be the creation of a framework for institutionalising and continuing the dialogue between Montenegrin decision-makers and young people even after the campaign itself is over.

The umbrella topic of the campaign is youth employment, but as part of the dialogue the competent institutions offered seven topics, i.e. concrete ways to solve some of the problems faced by young people. And that’s not all – young people have been invited to present all the problems they face by filling out a questionnaire. After collecting data from the consultation process, experts will work with students on a report and define sub-topics. The report will be used to define general topics to be discussed with decision makers during a conference in late May. The entire campaign, in addition to the Online Dialogue, includes 31 events throughout Montenegro and one central one – the Dialogue with young people and relevant institutions. 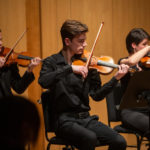 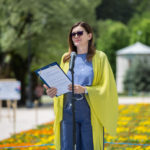