On the occasion of World Environment Day, Europe House organised an interactive promotion of Pollinator Park, the wonderful world of pollinating insects in virtual reality. We hosted students attending Ivan Uskoković Secondary Vocational School and Vaso Aligrudić Electrical Engineering School from Podgorica, who had the opportunity to try out the Oculus VR headset for the first time and ‘walk’ through the virtual world of pollinating insects.

A combination of a zoo, a theme park, an interactive museum and a crystal ball, the Pollinator Park takes visitors to the year 2050, showing what the future would hold if pollinators became extinct. Its web version is available at this link. 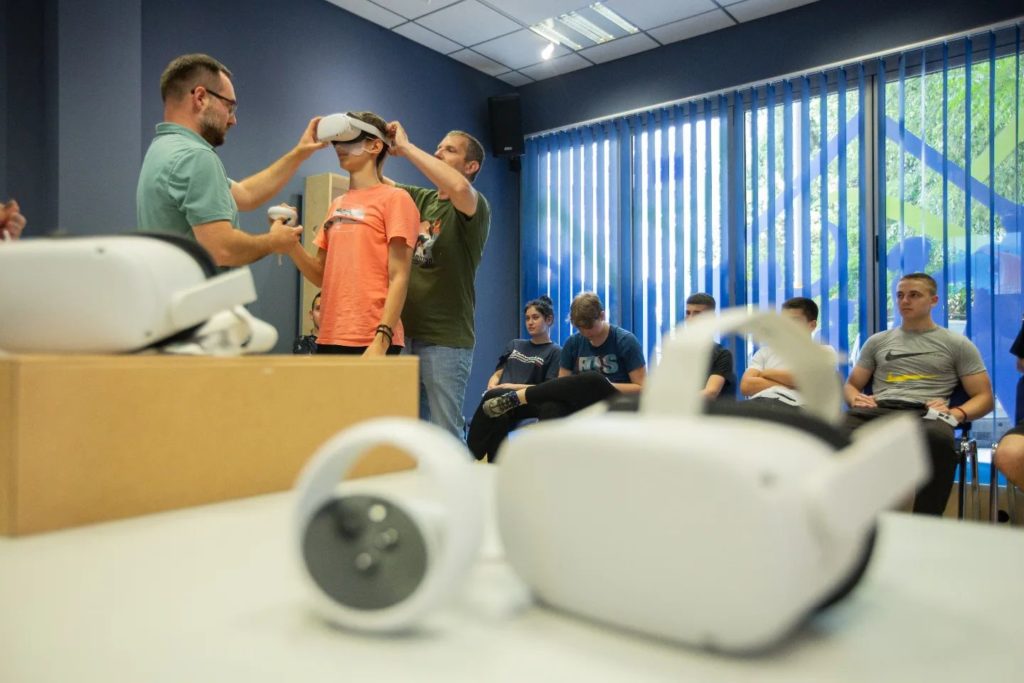 After visiting Miro’s Meadow, the City Lab and the Canteen, which are part of Pollinator Park, the high school students enthusiastically talked about this unique experience.

“Fantastic!” “Awesome!” “This is the future!” “It’s so different from everything I’ve seen so far!” were just some of the phrases the students used to describe the park. “You’ve got to try this! It’s like nothing you’ve seen before!”, another student was quoted as sharing the experience with her friend.

How Pollinator Park came to be

One third of all the food that we eat, including our fruits, vegetables and nuts, is pollinated by bees and other pollinating insects. Due to industrial agriculture, climate change, pollution and other threats, their numbers are declining significantly. This negatively affects the production of food that we eat every day, the stability of the ecosystem we depend on, thus indirectly threatening the survival of humanity in general. 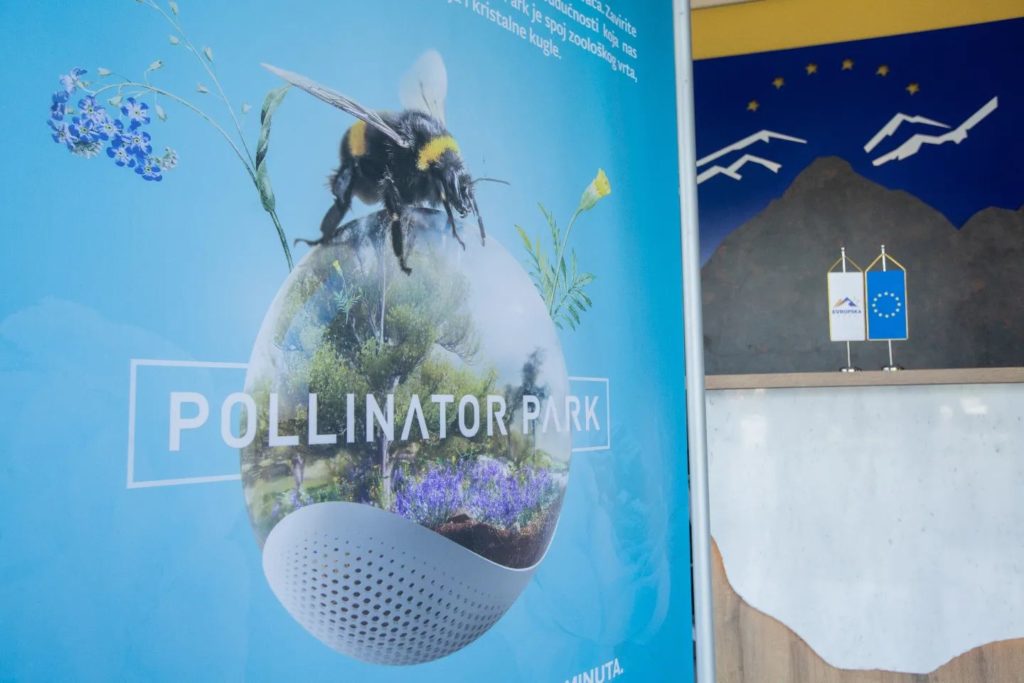 The European Commission last year created the Pollinator Park in order to raise awareness and mobilise society to protect pollinators. The idea was to provide a publicly available tool for institutions, partners, museums, schools and other stakeholders in Europe and beyond, so as to support their communication and educational activities on the environmental and climate crisis in this decade, which is crucial for action to save our planet.

The first version of the Pollinator Park was made in English, while it was later localised into German, Spanish, French and Dutch. Europe House in Podgorica adapted the content into Montenegrin. 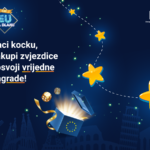 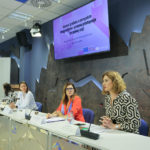