“We will continue to closely monitor Montenegro’s efforts in this area, which I very much hope will result in a better assessment in our next annual report in 2019”, said the EU Ambassador to Montenegro, Aivo Orav at the presentation of six new projects within Media Professionalism Programme.

Orav said that World Press Freedom Day serves as a date to highlight how the EU support Montenegrin media in strengthening its professionalism and independence. He reminded that the EU already financed four grants within this programme, with one of grants leading to the creation of an investigative desk in RTCG and the relaunch of the award-winning TV show “Mehanizam”.

“All EU-funded grants under the Media Professionalism Programme are meant to make the media more independent and professional. I have good trust in the professionalism of all implementing partners we have assembled here today and that funds we provide are being used in a responsible way,” said Orav. 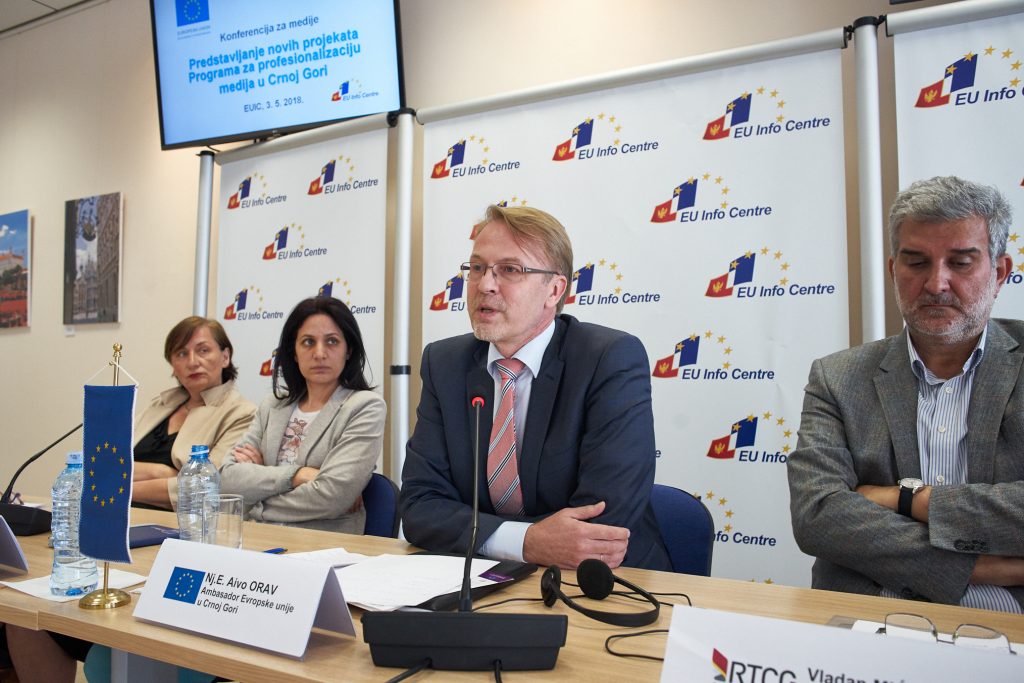 He added that EU is proud to fund independent quality journalism.

Olivera Nikolić from the Montenegrin Media Institute said she was particularly pleased that the topic of ethics in the media is opened.

“Dealing with ethics seems more challenging and more important than ever because ethics is in crisis. We believe that ethics and respect for ethical standards are the key for the recovery and the future of the media,” Nikolic said.

Dejan Milovac from MANS pointed out that there is no investigative journalism without free and objective media.

“Our goal is to establish a service hub in ​​Montenegro that would serve both investigative journalists and journalists that report on current affairs. There, journalists will be able to get information about persons and companies that are the subject of their research, not only in Montenegro, but also abroad,” Milovac explained.

Milka Tadić Mijović from the Montenegrin Centre for Investigative Reporting (CIN-CG) said that media freedom is still a problematic issue in Montenegro and that there are still many challenges ahead of the media scene.

“The stories that we will investigate concerning Negotiating Chapter 27 will not be done only by us and our partners, but Montenegrin journalists from various media. We have already held a training session with interested journalists and they will have foreign mentors for all the topics they will be investigating, because these stories are not meant only for Montenegrin audience but for wider auditorium, “said Tadić Mijović. 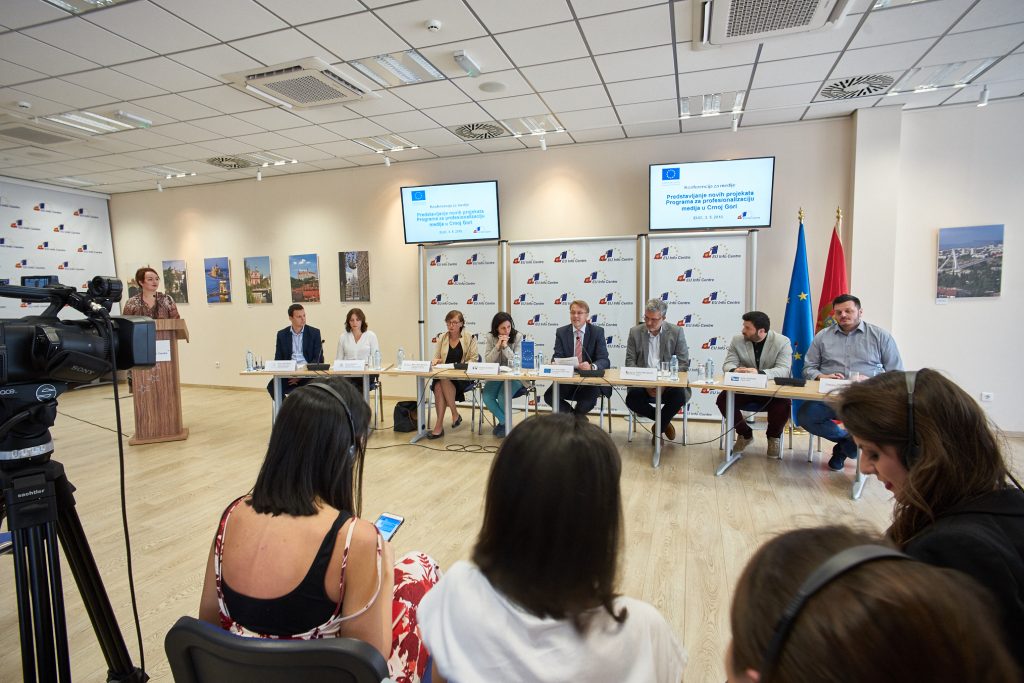 Editor of the Vijesti web portal, Srdan Kosović, said that their project will be multidimensional and developed on several levels and that he is glad to hear that together with other projects they will have a synergistic effect on the media scene.

I am glad to hear that our investigative journalists will be able to use the MANS database or research related to media ethics from the Media Institute, said Kosovic.

Kristina Cetkovic from the NGO 35mm said she was glad that the EU Delegation recognized the media as the pillars of democracy and decided to support them.

“We want to promote media products that are in line with the ethical codex, and raise awareness of the public that reporting could be done in accordance with the best ethical standards. We want all the news that the other media take from the MINA agency, the project implementer, to be in line with the highest standards and thus improve the quality of the entire media scene,”  said Cetkovic.

The representative of the Centre for Civic Education (CGO), Damir Nikocevic, said that the goal of their project is to improve the professional capacities of journalists, especially the public broadcaster.
He pointed out that the CGO did not influence, and will not influence the any editorial decision in the Public Broadcaster and that role of CGO is exclusively project-coordinating and organizational.

Director of TVCG, Vladan Micunovic, said that the essence is in the quality of the stories and that he is certain that any analysis would show that RTCG is working in the best interests of citizens. He pointed out that due to certain public speculations an annex has been added to the agreement between the CGO and RTCG, which emphasizes that the CGO provides only technical support in the project. 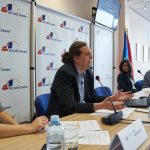 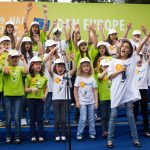