Cetinje, June 2018 – Just one year ago, Vrtijeljka was the most dangerous ecological blackspot in the Municipality of Cetinje, and the columns of the daily press were filled with ecological incidents, such as when 70 tons of used car tires were illegally dumped. Today, this is a fully cleaned-up location, the first landfill that has been rehabilitated with the help of the European Union and, as such, is a good example of the efficient use of EU funds.

The value of the works was about €1,800,000, and included the reallocation of certain quantities of existing waste, digging channels around the site and excavating absorbent areas to contain storm waters, as well as developing a system for the removal of biogas, covering, recultivating and enclosing the terrain. Works lasted more than a year and were completed in June 2018, when representatives of the state and local authorities, as well as the EU Delegation, visited the site.

The Head of the EU Delegation’s Sector for Cooperation in Montenegro, Hermann Spitz, said that this was an important day for the citizens of Cetinje, as well as for the environment of Montenegro, because this project successfully implemented the first rehabilitation of a non-sanitary landfill in Montenegro.

“We previously had an open landfill here, a location where solid waste was being disposed of in a way that did not protect the environment. We had lots of household waste, garden waste, various appliances, old barrels, car tyres and construction waste, which can all endanger the health of people, the wildlife and the environment. If we had left all that, the open landfills would have expanded even more and attracted more solid and hazardous waste,” said Spitz.

The head of the IPA Operational Structure before the Ministry of Sustainable Development and Tourism, Sasa Radulovic, said that by solving this long-standing problem in line with international standards, Montenegro has fulfilled one of the important obligations, primarily towards its citizens, but then also according to the requirements on the path of European integration and environmental protection.
Radulovic especially thanked the European Commission and the Delegation of the European Union to Montenegro for their cooperation and support in the implementation of the project. He also stated that the Ministry of Sustainable Development and Tourism is committed to resolving the issue of integrated waste management through the establishment of regional centres at the state level, as well as the transposition and implementation of European directives in this area in order to meet the criteria in Chapter 27 – The Environment. Radulovic also announced the implementation of the project of constructing a transfer station with a recycling yard, which will completely solve the problem of waste management on the territory of the capital city.

“Development directions in the field of waste management in Montenegro have been defined through strategic and planning documents such as the Montenegro Waste Management Strategy by 2030 and the National Waste Management Plan,” said Radulovic.
According to the Mayor of the Royal Capital of Cetinje, Aleksandar Kašćelan, environmental protection and preservation of the natural environment are among the priorities of the local government.

“The rehabilitation of Vrtijeljka and its cultivation is a success story because this relationship with nature and the environment has been interrupted for several decades. But rehabilitation does not mean that the job is finished. Permanent protection and responsible management of obligations are not time-limited,” said Kašćelan.

According to the Head of the Directorate for Coordination of EU Support, Ivana Vujošević, the largest section of the money was provided from EU funds, and Montenegro participated with a certain amount of national co-financing.

“The Vrtijeljka landfill rehabilitation project, which marks the completion of works today, is one of numerous environmental projects supported by the European Union in Montenegro in the programming period from 2007 to 2013, with over €35 million. This project is of great importance both for the preservation of the environment and for the protection of the health of the citizens, as well as for the fulfillment of obligations from national strategic documents, but also of the requirements arising from the negotiations for EU membership,” said Vujosevic 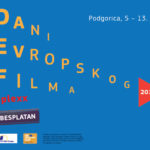