Time #ForNature – The time is now

Biodiversity is the root of all life, both on land and below water. It has an impact on human health, providing the air that we breathe, the water we drink, the food we eat, natural disease resistance, medicines, as well as climate change mitigation. The emergence of COVID-19 has proved that when we destroy biodiversity, we destroy the system that supports human life. Nature is sending us a message. Aptly, this year’s theme for World Environment Day is biodiversity – a concern that is both urgent and existential. Protecting nature and reversing degradation to ecosystems is at the heart of the EU Green Deal and is the rationale for the new EU biodiversity strategy for 2030.

A change in one element of the biodiversity chain may have an impact on the entire life system, with possible negative consequences. Human actions, including deforestation, encroachment on wildlife habitats, intensified agriculture, and acceleration of climate change, have pushed nature beyond its limit. Biodiversity loss will have severe implications for humanity, including the collapse of food and health systems.

The global population of wild species has fallen by 60% over the last 40 years. At least 40% of the world’s economy and 80% of the needs of the poor are derived from biological resources. This makes biodiversity loss the most critical global environmental threat alongside climate change — and the two are inextricably linked.

As a core part of the European Green Deal, the EU Biodiversity Strategy for 2030 plans to protect 30% of EU land and sea, and to ensure a fair and equitable share of the benefits from the use of genetic resources linked to biodiversity, putting EU in a leading position in the world.

In a world where material use is expected to double by 2060, we must also be careful to use resources more efficiently and increase the amount sourced from recycling. The EU’s new Circular Economy Action Plan, another main building block of the European Green Deal, aims to make our economy fit for a green future; strengthen our competitiveness while protecting the environment; and give new rights to consumers.

The EU can only succeed if its efforts drive the global transition to a just, climate-neutral, resource-efficient and circular economy which respects nature. This is still the case with the COVID19 crisis. In its global response to COVID19, the EU is determined to uphold its strategic objectives on the environment and climate change, as set out in the European Green Deal, which not only remain valid, but as important as ever. 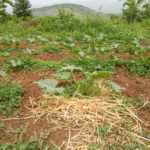 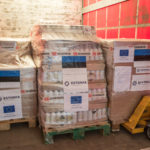