Sokolj is a poet. And like every poet, in his verses Sokolj portrays his people as they really are, as others see them and as he wants to see them. Like every poet, Sokolj describes the sorrow and hope and joy and torment of his people through his verses.

“The destiny of my people has always been the same:
To live a painful life, all in vain.

Maybe this is just life playing with us now. The sun no longer rises,
We are all covered with darkness.

Who should I complain to, and where should I be getting ready to go?
I have nowhere to run, though.
There’s no happiness for me, just woe.”

With his poems, Sokolj wants to bring the Roma closer to the rest of society. “We live together, but very often completely separated from each other,” Sokolj believes and adds that the rest of society should get to know the Roma, their culture, customs, mentality… So that their everyday life would be common and that they could share the good things in life.

“At least that’s how we were taught in school. More languages, more culture, more wealth of a nation,” says Sokolj.

Like every poet, Sokolj writes poems about love, and the love of Roma, he says, is selfless. That love wants to show respect to everyone and help others, but also not to harm anyone. According to Sokolj, the Roma will always live in harmony with others, but let others lead, and they will remain on the sidelines, living a peaceful life.

In his songs, Sokolj most often mourns the sufferings of his people, the hard life of the Roma community. All that to say that Roma live among us, have their families, children, hopes, dreams, desires, needs… One life and the right to dignity in that life. He calls for solidarity with the community that wants to live together with the majority population.

“I am building a new house, I am very happy.
From planks and cardboard, I can’t do any better when I don’t have any money!

My windows are new, now I’m bragging about them.
They are very small, but I coated them with nylon.

My roof is made of planks and then covered with cardboard.
Much better material than my neighbour’s, made of concrete.

And the doors are oh so good, I’m showing them off for all to see,
I’m finishing my new house, today all the drinks are on me.”

In the Roma population, in the Roma community, life is not as simple as it is for the others. Sokolj says that it is difficult from the day they are born, that it is a vicious circle from which it is difficult to get out. And that it is indeed difficult is most plainly shown by the fact that the average life expectancy of Roma is 55 years, while for the general population it is 76.

“Now imagine what it is like for a child to grow up in such an environment, to go to school normally, to get an education and to achieve some results. It is a heroic feat for every child who manages to survive and reach the light at the end of the tunnel,” says Sokolj.

Sokolj Beganaj is the first Roma in Montenegro to graduate from college.

Sokolj Beganaj is the first Roma in Montenegro to get a master’s degree.

Sokolj Beganaj is the first Roma in Montenegro to get a job in public administration. 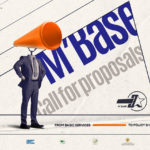 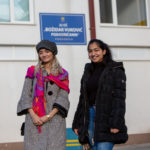 A story of two ladies and one school