The first online European Film Festival in Montenegro starts on Monday, 18 May. The Delegation of the European Union to Montenegro and the EU Info Centre traditionally organise a film festival every year, and this year, in accordance with the situation, we are doing it online for the first time. From 18 May to 18 June, 19 european production films will be available to viewers. Theycan apply online and gain access to the platform where they wil be able to watch the films, free of charge.

“We organise this festival traditionally every year in different Montenegrin cities. This year, unfortunately, the European films will not tour Montenegro, but they will be available to everyone online. The films are of various genres and  European productions, which are supported by European funds. They have been screened at prestigious European and world festivals, and many have won prestigious film awards. We invite our audience to join us this year as well, in a slightly different way. I am sure that film lovers can find something interesting in our repertoire,” said our colleague Ana Popović, the PR and event manager at the EU Info Centre.

The repertoire of our first online European Film Festival includes the Slovenian drama “Consequences,” the Austrian documentary “Homo Sapiens,” the drama “One step Behind the Seraphim” from Romania, the British film “Ray and Liz,” the Dutch documentary “The Stranger in Paradise,” the Croatian drama -comedy “Constitution of the Republic of Croatia,” starring Nebojsa Glogovac, as well as the Finnish documentary “The Magic Life of V,” a comedy co-produced by Cyprus and Germany – “Smuggling Hendrix”, the Czech film “Winter Flies,” the documentary “Cold Case Hammarskjöld,” and the Italian family comedy “My Brother Chases Dinosaurs .”

A special segment of the festival consists of eight short films on climate change. 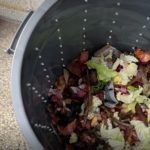 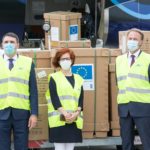