The role of the media in Montenegro’s accession to the European Union is of paramount importance, and journalists have the power to bring this process closer to citizens and present success stories. That was said at the award ceremony for the best journalistic story within the “Europe through the lens” competition.

Journalists of the PRVA Television, RTCG and Television Vijesti, Jelena Gardović, Darko Bulatović and Danijela Lasica, won the award for the best video report on the concrete results of the EU accession process and the impact on the daily life of citizens. They received cash prizes in the amount of 1,500, 1,000 and 500 euros, respectively.

The EU Ambassador to Montnegro, Aivo Orav, said that the awarded stories are diverse, informative and they contribute to discussions about important issues with a practical impact on the lives of people in Montenegro – regional housing programme which provides durable accommodation for displaced persons and innovative ways of producing food as part of the EU’s support to agriculture and rural development.

The Montenegrin Chief Negotiator with the EU, Aleksandar Drljevic, emphasised at the ceremony that the EU accession process is invaluable not only for the institutions and people involved directly in the negotiations, but also for every citizen in Montenegro.

“For this reason, I think that the role of the media is invaluable in order to bring this process closer to every citizen. The process of Montenegro’s accession to the EU is rather complex and demanding, and therefore we believe that the role of the media, both in the previous and in the period before us, will gain more and more importance in order for specific European policies and standards to become closer to ordinary citizen, “said Drljevic.

The UNDP Resident Representative in Montenegro, Fiona McCluney assessed that EU integration is not an abstract concept or a distant dream.

“Joining the EU is signaling a new way of life that you – journalists, citizens of Montenegro, your children, parents, neighbors and friends – know best. You already see and feel the changes that membership will bring and you have the power to show it to us,” McCluney said.

The winner of the first prize, Jelena Gardović, thanked for the award, as well as the contribution of the European Union to the improvement of society. She emphasized that she would try to make stories about similar examples in the future and promote successful projects.

The competition was realized in accordance with the Strategy for informing the public on Montenegro’s accession to the EU 2014-2018, and within the project “EU4ME”, with the aim of encouraging the media and independent productions in Montenegro to deal more closely with European integration. 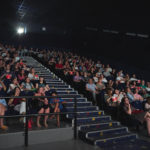 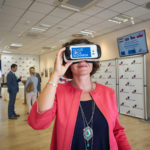