More than 1.000 EU citizens, who were in Montenegro at the time of the coronavirus epidemic outbreak, have returned to their countries thanks to the committed cooperation of the Government of Montenegro and EU Member State embassiess, coordinated by the EU Delegation to Montenegro. Since 17 March, more than 20 flights and trips by road were organised free of charge, bringing EU citizens safely back home.

Embassies of EU member states provided special flights to Austria, Poland, Slovakia and the Netherlands. The Government of Montenegro organised free flights by the national carrier Montenegro Airlines enabling the return of EU citizens to Rome, Frankfurt, Brussels, Luxembourg, Berlin, Vienna, Ljubljana, Paris, and Stockholm. The flights to and from Frankfurt also allowed  for the repatriation of Montenegrin citizens.

“By doing this, we  confirmed that, even in difficult circumstances, the Government of Montenegro cares not only for its citizens, but also for all of those who found themselves in Montenegro during the time of the coronavirus epidemic. The response to the epidemic had to be organised in a united manner. We provided assistance not only to Montenegrin citizens to return home safely, but also showed solidarity and empathy with those with whom we share the European space and European values,” said the Minister of the Interior, Mevludin Nuhodzic, who established the Task Force for repatriation of Montenegrin citizens.

“At the time of the pandemic outbreak, hundreds of thousands of EU citizens found themselves stranded abroad. The EU is therefore investing great efforts every day to bring them back. Globally, we coordinate the cooperation of EU Member State embassies  and national governments. Thanks to the flights they have organised, more than half a million EU citizens have been repatriated  so far. The organisation of their repatriation  from Montenegro is a great example of solidarity and sincere cooperation in a crisis situation,” said EU ambassador and head of Delegation, Aivo Orav.

Apart from EU citizens, Montenegrin nationals living in  the EU were also able to board the flights

“Once again, I would like to thank you for the help and commitment you have provided me with  so that I could return to Denmark. I made it safely to Copenhagen and everything was organised flawlessly on your part,” wrote one of the Montenegrin citizens working in the EU in a thank-you note.

The Montenegrin Government and the embassies of EU Member States, with the coordination of the Delegation of the European Union, will continue to provide these services  enabling a safe return of EU citizens to their home countries. 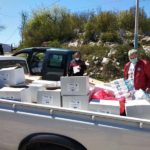 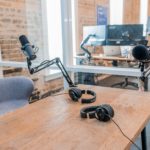