Ahead of Europe Day, the European Union in Montenegro laid out a large flower carpet in the square in front of the Royal Palace of King Nikola in Cetinje. The 230-square metre floral carpet made up of 33,500 flowers was opened by Oana Cristina Popa, the Ambassador of the European Union to Montenegro, and Nikola Đurašković, the mayor of the Old Royal Capital of Cetinje.

Ambassador Popa explained that the design of the carpet was inspired by the floral patterns on the parquet flooring in the Royal Palace of King Nikola, combining the Montenegrin and European Union traditions, adding that a similar flower carpet is laid out in Brussels’s main square every other year. 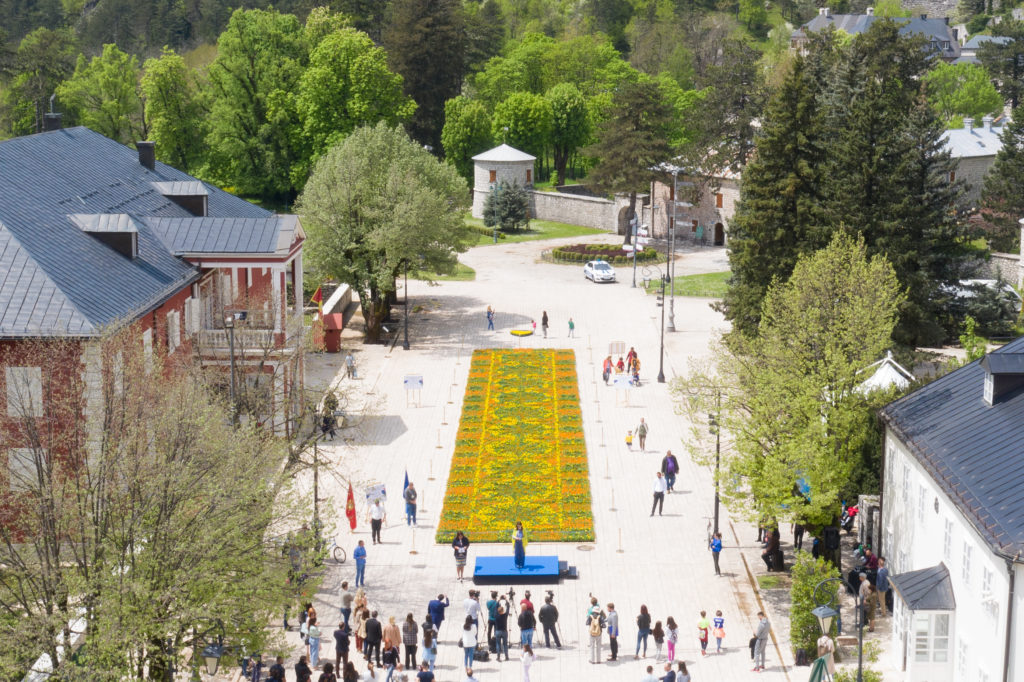 “The blend of the Montenegrin and Brussels traditions symbolises our friendship, partnership and a bright common future. In addition, all of the 33,500 seedlings were locally grown and purchased, as we wanted to support local florists,” said Popa.

The Ambassador invited the citizens of Cetinje and other cities and towns to visit this floral decoration in the next few days and join the celebration of Europe Day. Speaking at the opening, Popa also sent a message of solidarity and support to Ukraine.

“Our heart is with Ukraine, which has been defending itself from aggression. Our hearts are also woven into this flower carpet. The European Union and Montenegro as its partner will continue to support the Ukrainian people in every possible way,” said the EU Ambassador to Montenegro.

Mayor Đurašković emphasised that Cetinje has the honour of celebrating Europe Day this year, adding that the old royal capital boasts a glorious past with 12 diplomatic missions, serving as a reminder that Montenegro was the 27th internationally recognised country in the world. 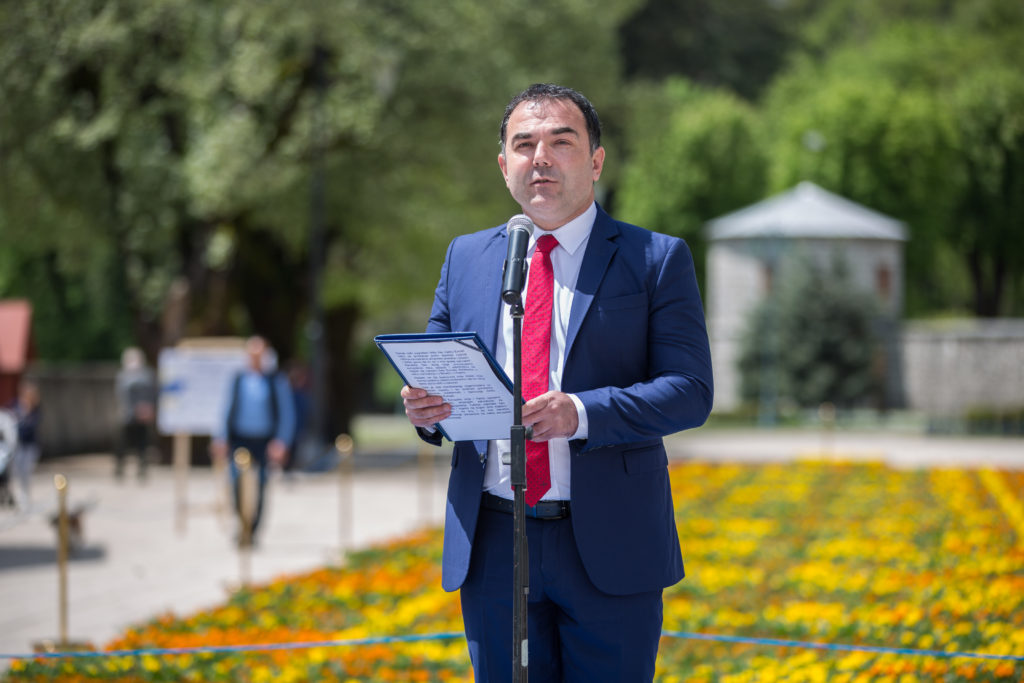 “Today, our fellow citizens are teaching the whole of Europe how to protest against the aggression of the Russian regime against innocent Ukrainian citizens and their country. Therefore, I would like to thank them publicly on behalf of the city. This is the reason why we have dedicated this day to European peace, freedom and unity, with a desire to celebrate the next Europe Day in peace in Cetinje, Brussels and Kyiv,“ said Đurašković.

The flower carpet, designed by landscape architect Jelena Jestrović, will be adorning the palace square until 10 May. After that, all the seedlings will be planted in parks and yards of public institutions, schools and kindergartens in Cetinje. Alongside the Old Royal Capital of Cetinje, the ‘weaving’ of the flower carpet was also supported by other partners, including Erste Bank, CKB Bank, Addiko Bank, NLB Bank, IDEA supermarket chain, Air Montenegro, Ina, National Tourism Organisation, Regent Hotel and Hilton Hotel. 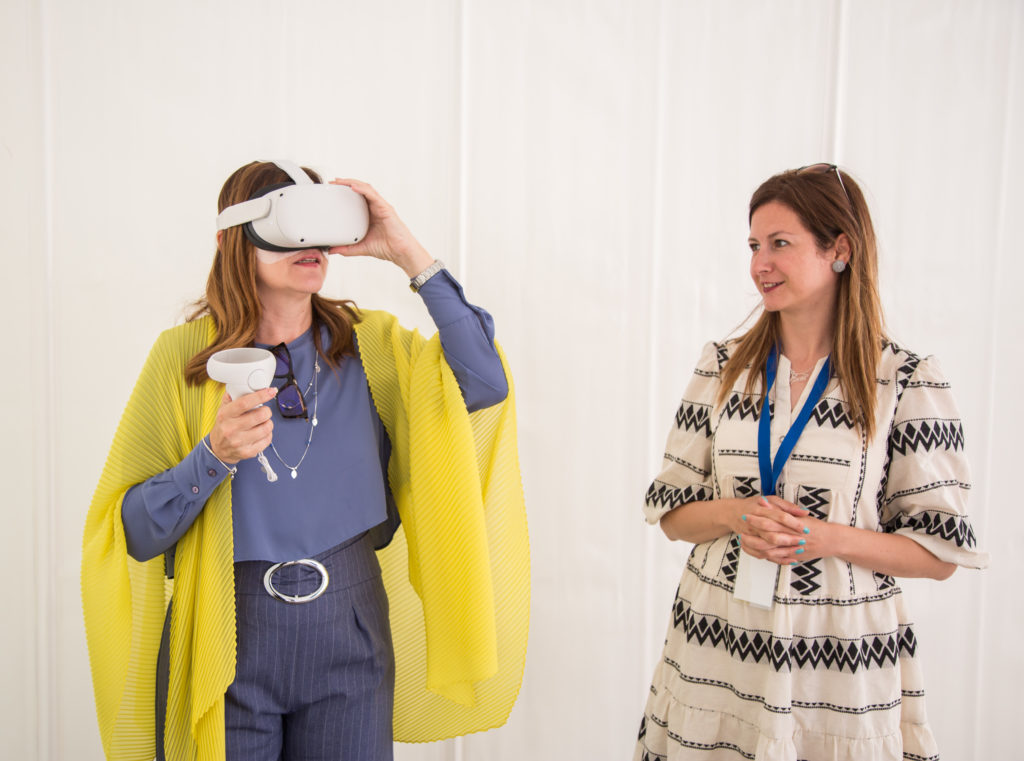 In addition to the flower carpet, we also opened the Pollinator Park – the fabulous virtual world of pollinating insects in Cetinje. This park represents an incredible virtual reality experience, giving the citizens and visitors a glimpse of the future that the world could face if pollinating insects became extinct. This virtual tour is a fusion of a zoo, a theme park, an interactive museum and a crystal ball. If you want to visit it, you can do so tomorrow from 12.00 to 14.00, when Pollinator Park will be on display next to the flower carpet. 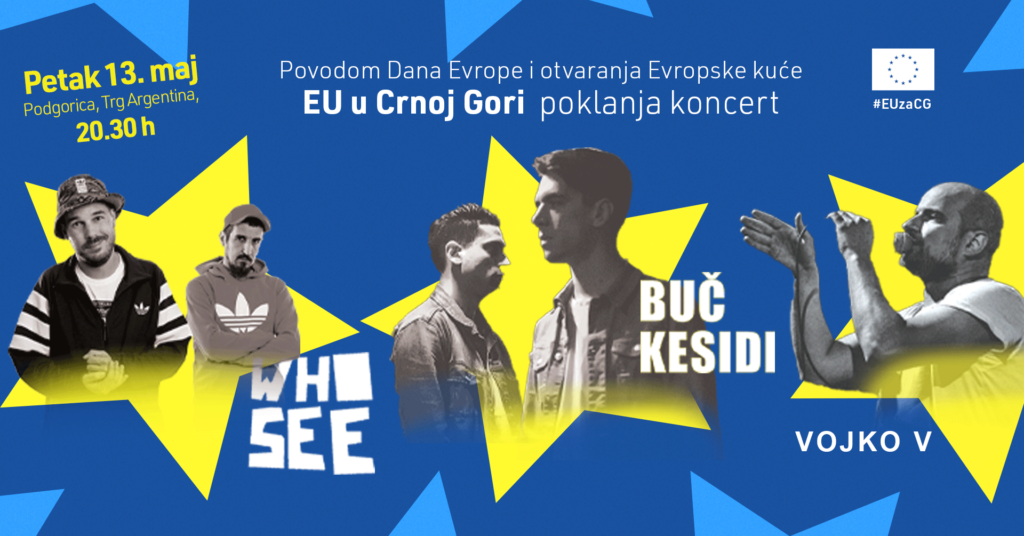 May is Europe month

The flower carpet is just one of the activities we are organising in May, the Month of Europe. On Friday 13 May, we are hosting a free concert in Argentina Square in Podgorica, which will feature stars such as Who See, Buč Kesidi and Vojko V. We are also planning an online prize game “The EU in the palm of your hand”, which you can find out more about on our social media channels. We will organise most of our activities in the European House, which will open its doors to visitors in Trg Argentina no. 4 in mid-May. 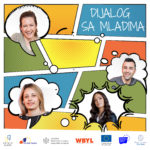 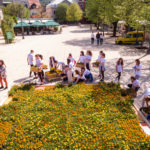