Podgorica, 22 February 2017 – As part of one of the projects financed by the EU within the grant scheme “Innovation for Smart Growth”, the Chamber of Commerce of Montenegro (PKCG) and the Montenegro Business School (MBS) at the “Mediteran University” are applying their knowledge to improve the business of the selected company Frutiera. This company is managed by Ms. Radojka Raznatovic, an entrepreneur who started producing high-quality, healthy and traditional products in 2010. Using traditional recipes and raw materials purchased on the Montenegrin market, from small producers of fruits from the south and barley, rye and buckwheat flour from the north of the country, Frutiera makes traditional “fugaca” cake, buckwheat bread, corn bread and sweets, all in accordance with HACCP standards.

As announced at the conference “Gastronomic Souvenirs and Female Entrepreneurship”, organised at the EU Info Centre with the help of the Chamber of Commerce, which is working on the financial and situational analysis of the company, Frutiera will get a clearer picture of how to continue to develop its business, and the Montenegro Business School will prepare the communication strategy and new visual identity of the company.

These activities are being carried out in the framework of the project Gastronomic Souvenirs to Go-GAS2GO within the grant scheme “Innovation for Smart Growth: Strengthening Links between the Scientific Research Community and the Economy”, which is financed with EU funds of about €25,000.

The PKCG’s representatives believe that, in addition to increased profits from manufacture, the example of this company could show much more – that companies can grow through innovation. In this case, the food that is being produced will become gastronomic souvenirs. This new approach, they believe, will lead to job creation, enrichment of the local tourist offer, the strengthening of confidence in domestic products and growth of the local community.

They are also aware of all the market challenges. “These include the lack of professional staff, dependence on trade, poor collection of receivables that forces entrepreneurs to borrow money, inadequate storage of products in stores, but also the citizens’ lack of awareness that domestic products strengthen the national identity,” said Lidija Rmuš from the PKCG’s Agriculture Association.

They still believe that within one year of the project duration, if proper knowledge is applied, they could develop this company’s business, enrich the range of the domestic market and create one of the identifiers of national identity.

“Montenegro has created a good legal framework for strengthening equality between women and men, as well as women’s participation in business, but we still have not won the fight that women started in the 20th century, and created an environment in which women and men truly have the same rights and equal opportunities,” said Drobnjak, adding that the reason for this is that we have not yet become fully aware of how important it is for women’s potential to be used just as much as the potential that men have for the development of society.

Listing the progress that Montenegro has made in this field, she stated that the number of women in Parliament has reached the highest level in the history of the Montenegrin parliamentary system, but that the current number of 19 female MPs makes up only 23.47% of the total number of MPs, which is still below the target of at least 30%, for women MPs to be able to raise topics that are important to them.

Drobnjak says that women are being successfully encouraged into entrepreneurship through the education system and professional training, but that there is still work to be done on the recommendations from the relevant European Parliament resolutions, such as the availability of funds for female entrepreneurs or equal division of gender roles in all spheres of life.

“Today in Montenegro if an employer needs to decide between a woman who is better according to some of the criteria than a man running for the same job, the employer will predominantly opt for the man because he knows that today in Montenegro women mostly take maternity and parental leave and that they will be those who are absent from work. And if we create an environment in which we talk about responsible parenthood in which, other than the mandatory three months of maternity leave, the employer does not know which of the parents would take parental leave, then we would create an environment in which men and women are equally competitive in the labour market,” says Drobnjak. 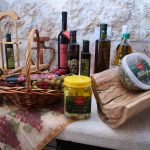 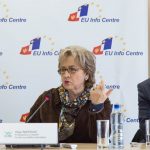 Consumers are the best market regulators