May has become synonymous with Europe Day, because it is already a tradition to celebrate the idea behind the creation of the EU throughout the month. This year, in line with the epidemiological measures, we organised several activities: a musical spectacle Rock Opera, a flower carpet in Podgorica, complimentary face masks distributed with daily newspapers, illumination of local and national institutions with the EU’s colours, an online European film festival, and the already well-known online trivia game “EU in the palm of your hand.” Based on public’s reactions and first reports, we created new standards and broke some records when it came to the Europe Day celebration! 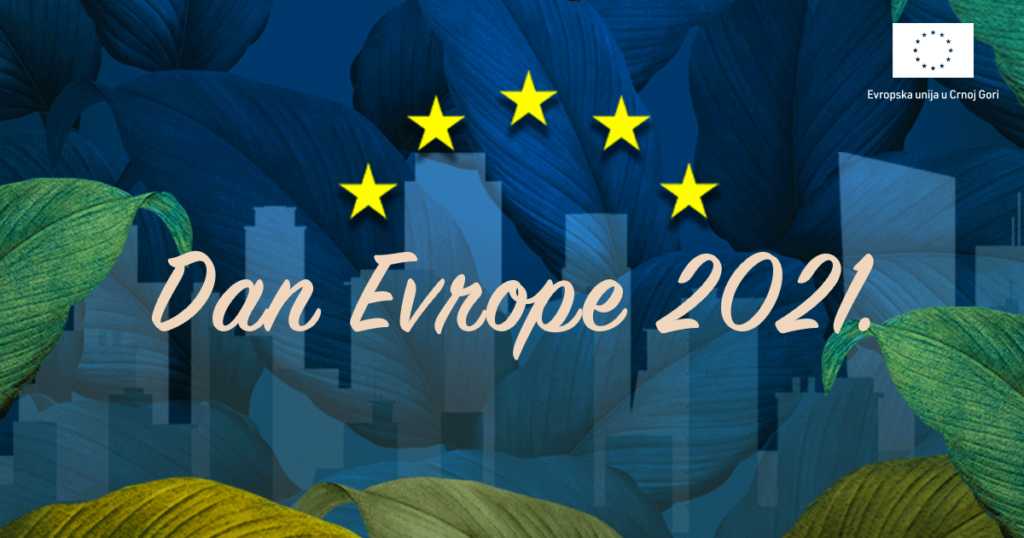 In honour of Europe Day, we presented the citizens with a unique flower carpet made up of 50,000 flower seedlings on 600 square metres on Podgorica’s Independence Square. This is the first carpet of such impressive dimensions ever made in our country which we managed to present thanks to teamwork in cooperation with the City of Podgorica, Zelenilo LLC and other partners. It was inspired by the flower carpet in Brussels where for decades it has adorned the Grand Place in the city centre and is changed biennially.That is why we liked to say that the spirit of Brussels was felt in Podgorica. 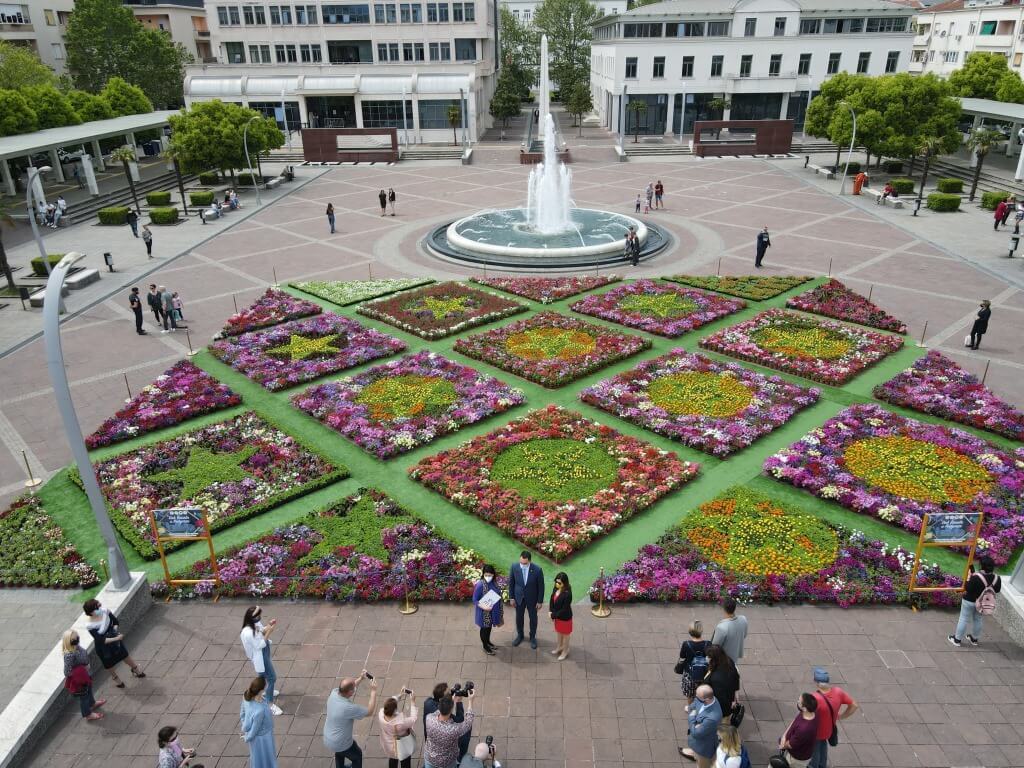 In cooperation with all of the national dailies, we donated close to 30,000 masks to citizens, on Saturday, 8 May. Nearly 30,000 reusable protective masks were distributed free of charge with daily newspapers in all cities of Montenegro. This is the second time that the European Union organised this action in Montenegro in the last six months. 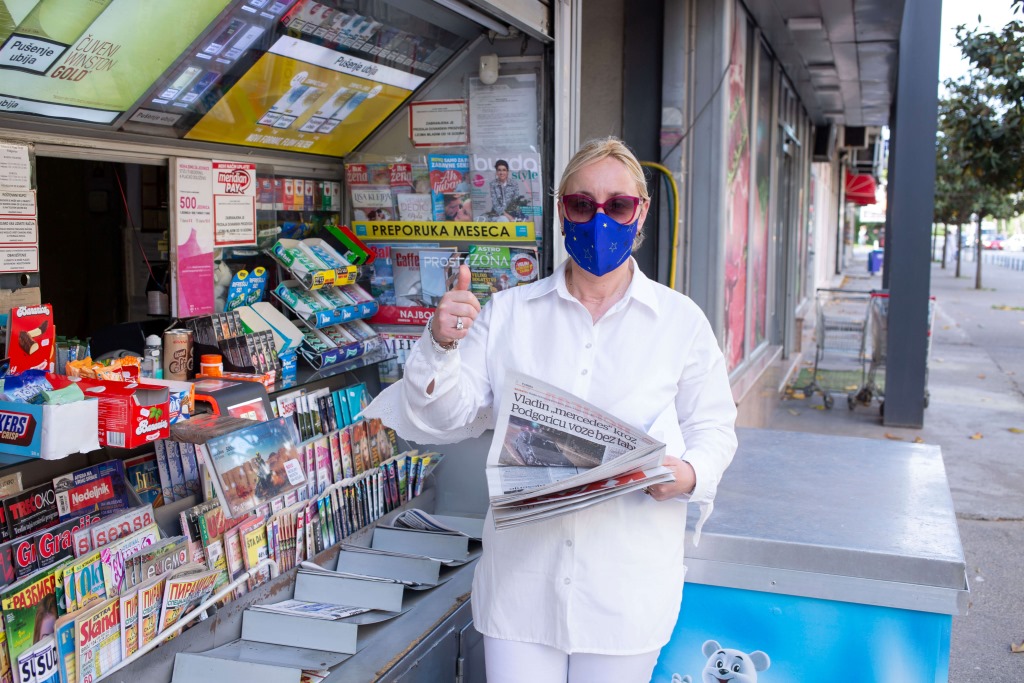 The central celebration of Europe Day was the musical spectacle Rock Opera, which was performed by the excellent orchestra and choir of the Opera from the Serbian National Theatre and the Big Band from Novi Sad. They played world-famous rock hits in a slightly different arrangement with hints of classical music. Knez, the Books of Knjige, and opera singer Emilija Minić joined them on stage, making the whole experience that much more spectacular. This musical treat was broadcast live by TVCG, TV Vijesti, and TV Prva, while we decided to donate tickets to health workers who then had a chance to watch the concert live at the Musical Centre. The first reports showed that over 113,000 people in Montenegro watched the concert that night on television, which was a record in terms of the number of people who follow our activties. 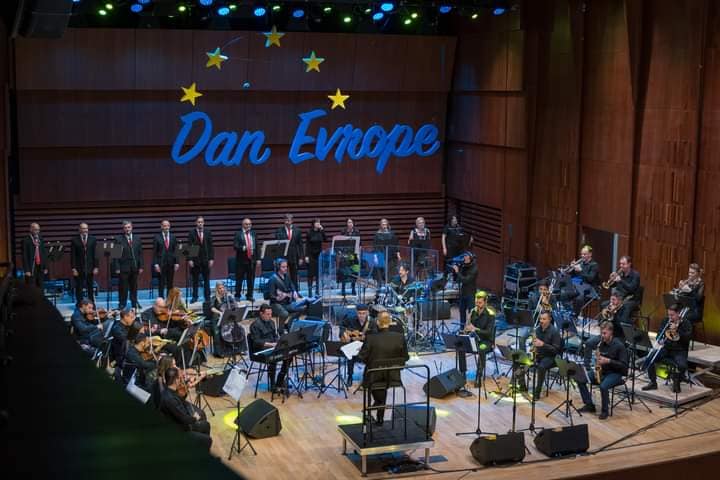 The “blue wave” has spread through Montenegro

The „Blue Wave“ spread across Montenegro in honour of Europe Day. Many national and local institutions illuminated their buildings with the EU’s colours. Exactly 14 municipalities participated in the creation of the “blue wave”: Podgorica, Tuzi, Cetinje, Bar, Budva, Danilovgrad, Herceg Novi, Kotor, Tivan, Kolašin, Gusinje, Berane, Bijelo Polje and Mojkovac, as well as five state institutions: the Ministry of Foreign Affairs, the Ministry of the Interior, the Ministry of Defense, the buildings of the President, and the parliament. In a symbolical way, almost the whole of Montenegro was united in celebration of this important date – although from a distance. 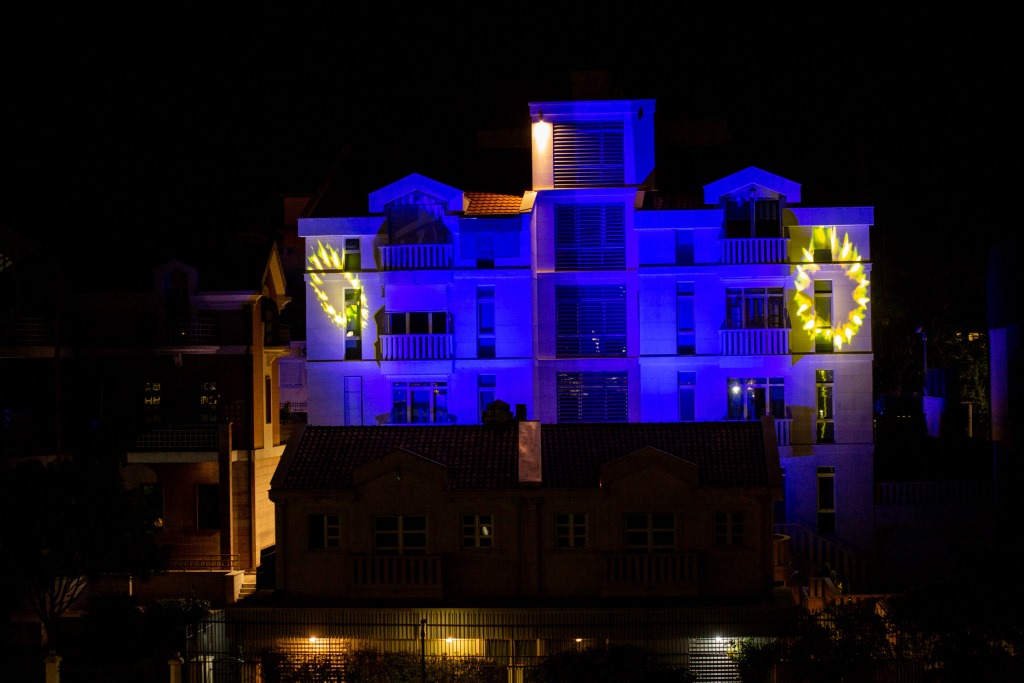 As part of Europe Day, which we celebrated throughout May, we organised the online European Film Festival, which is planned to last until 20 May. A total of 16 European films are now available for free at this link. These are recent films of various genres, which were created thanks to the support of EU funds. Films are awarded at prestigious European and international festivals. 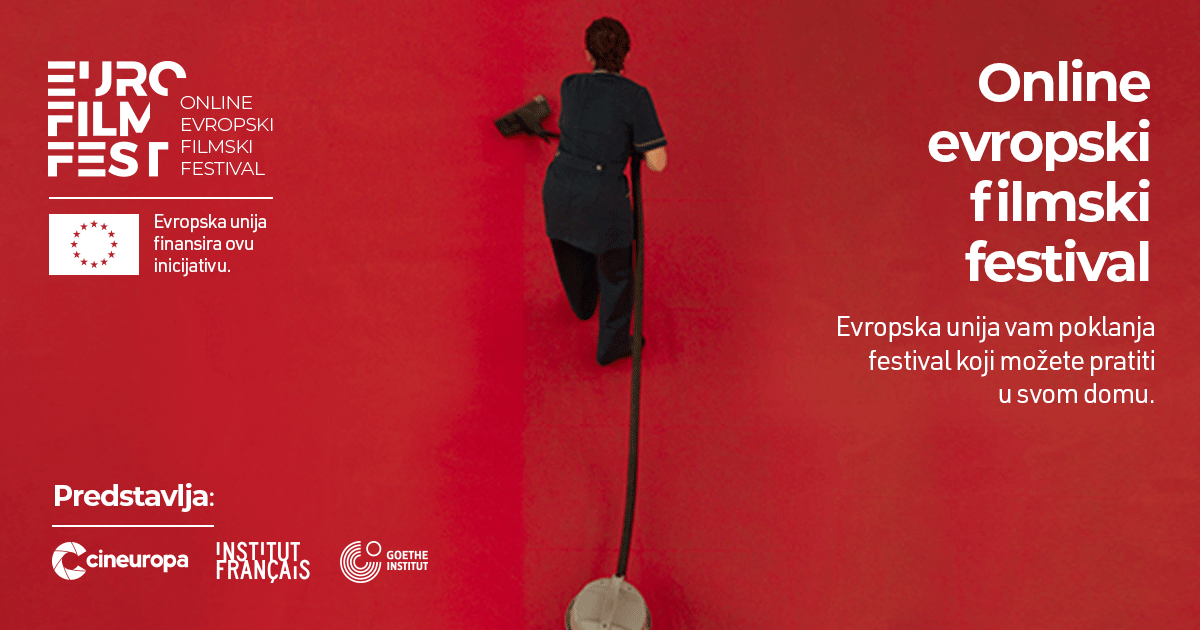 It is time for the already well-known online prize game “EU in the Palm of Your Hand,” which is available on the website www.eunadlanu.me. It is an interesting and educational prize game, consisting of creatively designed interactive questions about the European Union and its member states. The questions cover different areas, such as culture, geography, history, sports, and more. The game begins with a roll of the dice, after which the playing piece begins its “journey” through the European Union. We are already breaking records with this game, since close to 9,000 players joined the game in only the first four days! The game has a valuable prize pool. In addition to our desire to rejoice the competitors, we selected the awards with the aim of helping the economy, especially smaller entrepreneurs, who are affected by the economic consequences of the coronavirus epidemic. 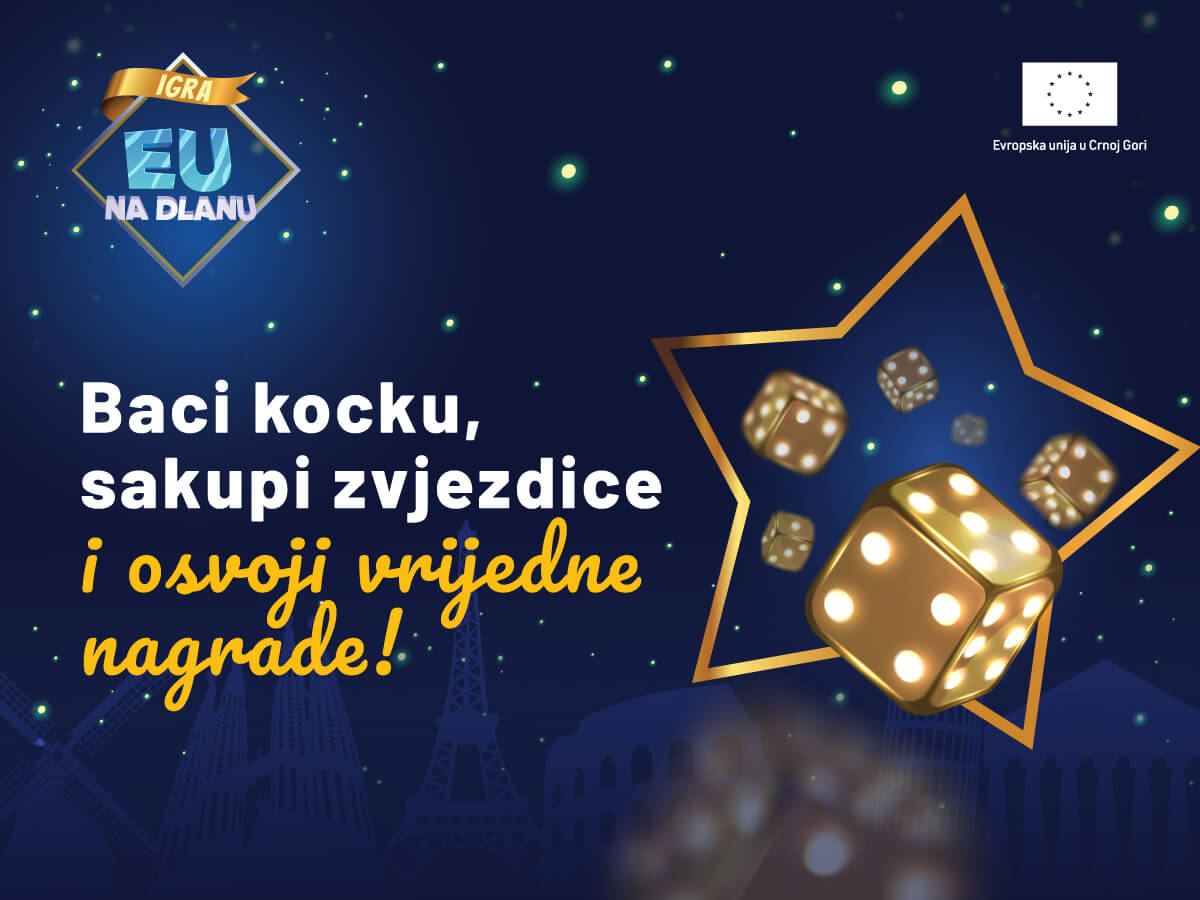