Average monthly salary of employees on portals is €362

Podgorica, 19 December 2018 – The Union of Montenegrin Media presented the first research conducted on working conditions in the digital media market in Montenegro, which showed that the average monthly salary in these media companies is €362, which is significantly less than the income in traditional media.

“We have established that there are a number of influential portals that are not registered, so they are added to the list of media companies to be interviewed. Thus, a total of 40 media companies received identical questionnaires, prepared for the needs of the project,” said Lakovic Konatar.

The research showed that there are a total of 92 employees in 16 digital media outlets in Montenegro. The average salary, according to research, at the level of digital media is €362 a month. The salaries of journalists working for portals are slightly higher than the salaries of other employees, so these journalists have average earnings of about €370 a month. However, in comparison with the salaries in other media companies (where the average salary is usually between €400 and €500), as well as compared to the average salary at the state level (€510), it is clear that employees in this part of the media industry are in a worse economic position.

The Union’s Vice President, Milena Bubanja Obradovic, the editor of Radio Berane, said that decentralisation of the media space had taken place, so small media outlets can be influential and their success depends exclusively on their professionalism and dedication.

The report “New Media – Old Problems” presents the findings of the research conducted within the project “Union to Union – Campaign for the Organising of Digital Media”. The project was implemented for the fourth consecutive year with the help of the International Federation of Journalists and the Swedish Journalists’ Union. 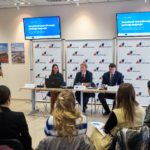 An increase in support for EU integration 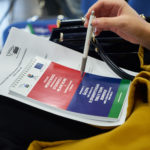 How to increase the number of Roma and Egyptians in high schools and in the labour market?