PODGORICA, 8 December 2017 – All progress in Montenegro’s EU accession and negotiation process continues to be based on the rule of law, said Thomas Hagleitner, Head of the Unit for Montenegro at the European Commission’s Directorate for Neighbourhood Policy and Enlargement Negotiations. Speaking at a panel discussion on the topic of the fight against corruption in the European integration process, held in the EU Info Centre, he highlighted that a solid and sustainable track record in the fight against corruption, including against high-level corruption will be needed to close the benchmarks in the area of the rule of law. “I can guarantee you that we are not going to close the negotiations with Montenegro unless we have that. This is not only the position of the European Commission, it is also the position of all member states. There is simply no doubt about that,” said Hagleitner. 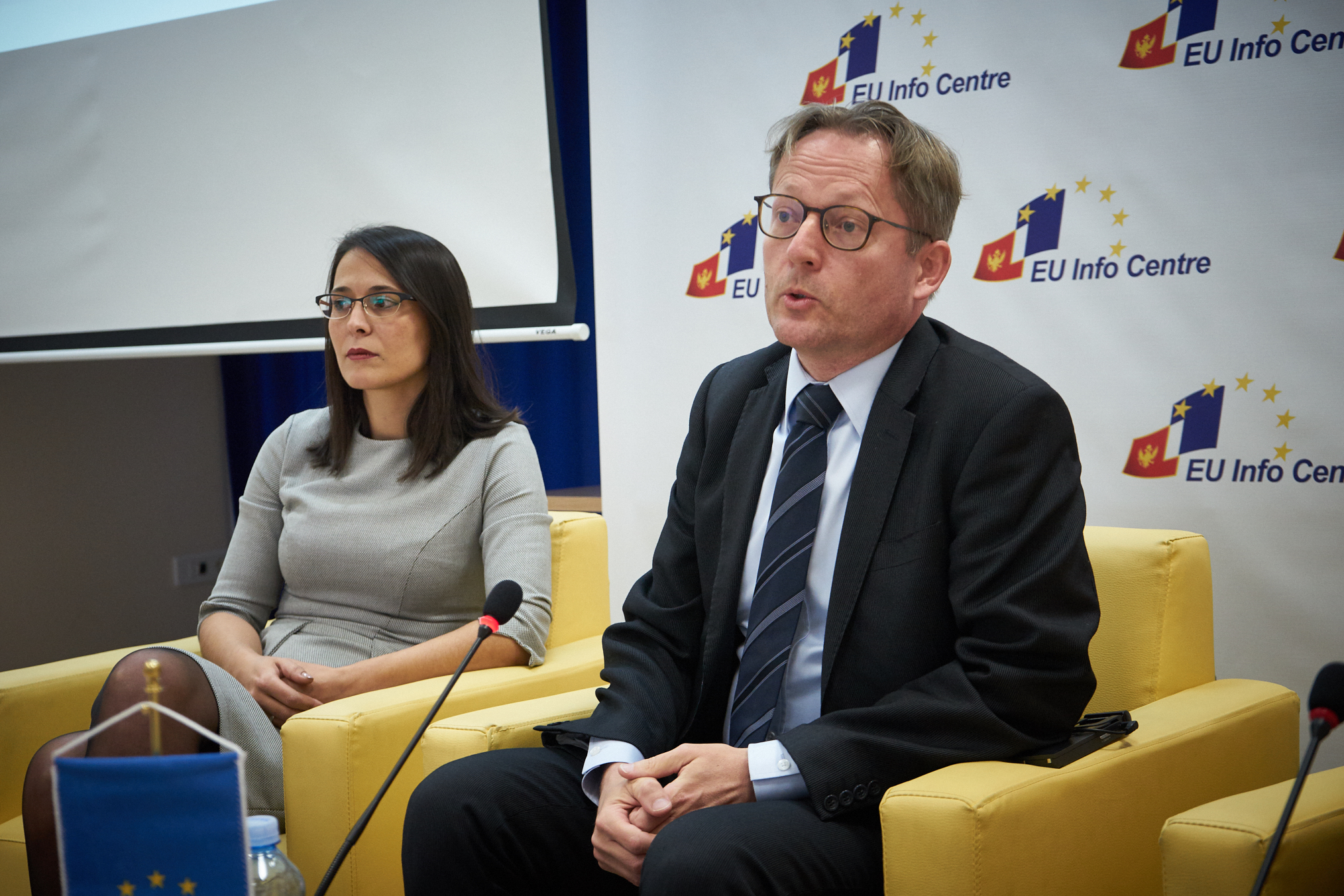 “One of the lessons we have seen in some of the countries that joined the European Union earlier on is that it is possible to move the boundaries of what is acceptable in terms of corruption in public life significantly in a fairly short period of time. That’s actually an essential element – shifting this societal way of looking at corruption. Once this societal tolerance reduces, then the legislation and institutions can play their role. Unless this happens, the legislation and institutions will be left hanging in the air,” he explained. 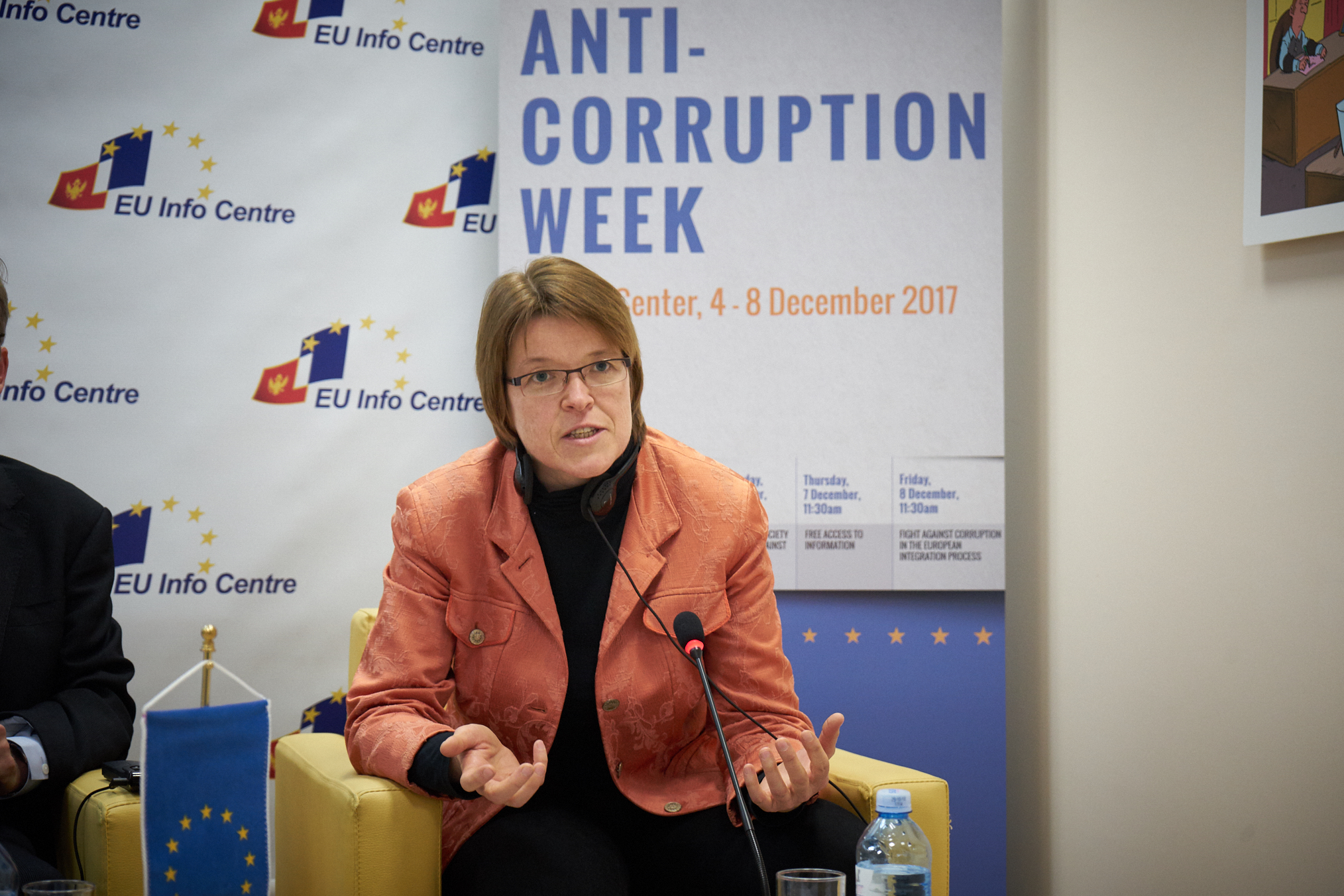 According to Cornelia Abel, the Regional Coordinator for South-Eastern Europe, Turkey and Israel at Transparency International, two things are important for a country to move along this path: that civil society organisations and decision makers are not working against each other, but together, and that they develop a climate of openness in the society, primarily through ensuring free access to information. “The government needs to see this as a chance to build trust, and as a chance to show what it is doing, because right now we are always assuming that their efforts are potentially being made for personal good and not for the country, because we do not know,” she said. 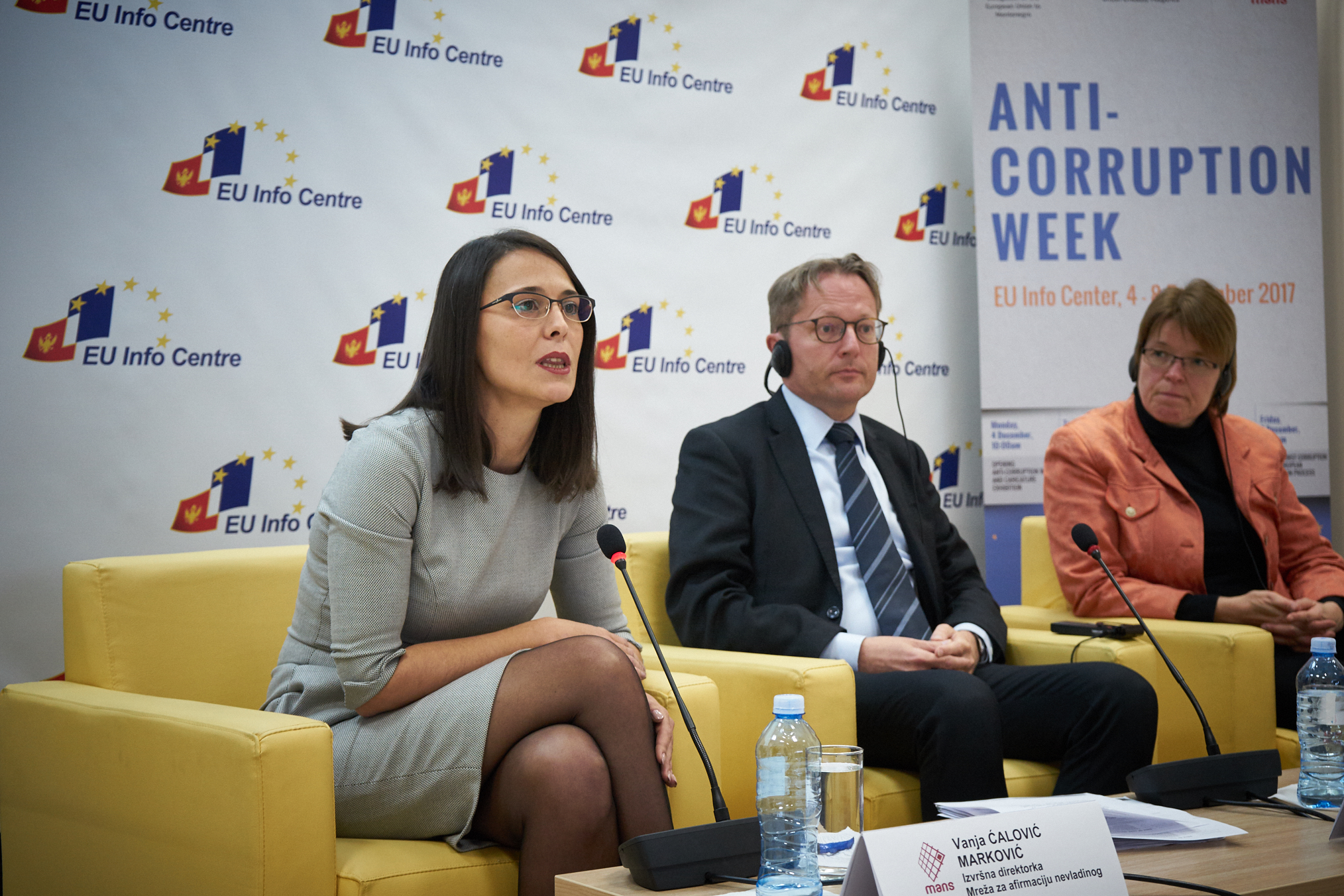 The executive director of the Network for Affirmation of the NGO Sector (MANS), Vanja Ćalović Marković, added that this organisation had noted in its work that institutions often pretend to fight against corruption, presenting only statistical data as results without any real progress in the field.

“I firmly believe that this is the only road forward for Montenegro and a possibility for us, as citizens, to adopt EU standards and to have the same rights that the citizens of the EU enjoy, regardless of the timing of EU accession. The process of change in our society is what is important, not reaching the final results at any cost,” she concluded.

The panel discussion was organised as part of Anti-Corruption Week, marking 9 December, International Anti-Corruption Day, which is being organised by the EU Delegation to Montenegro and MANS, with the support of the EU Info Centre. 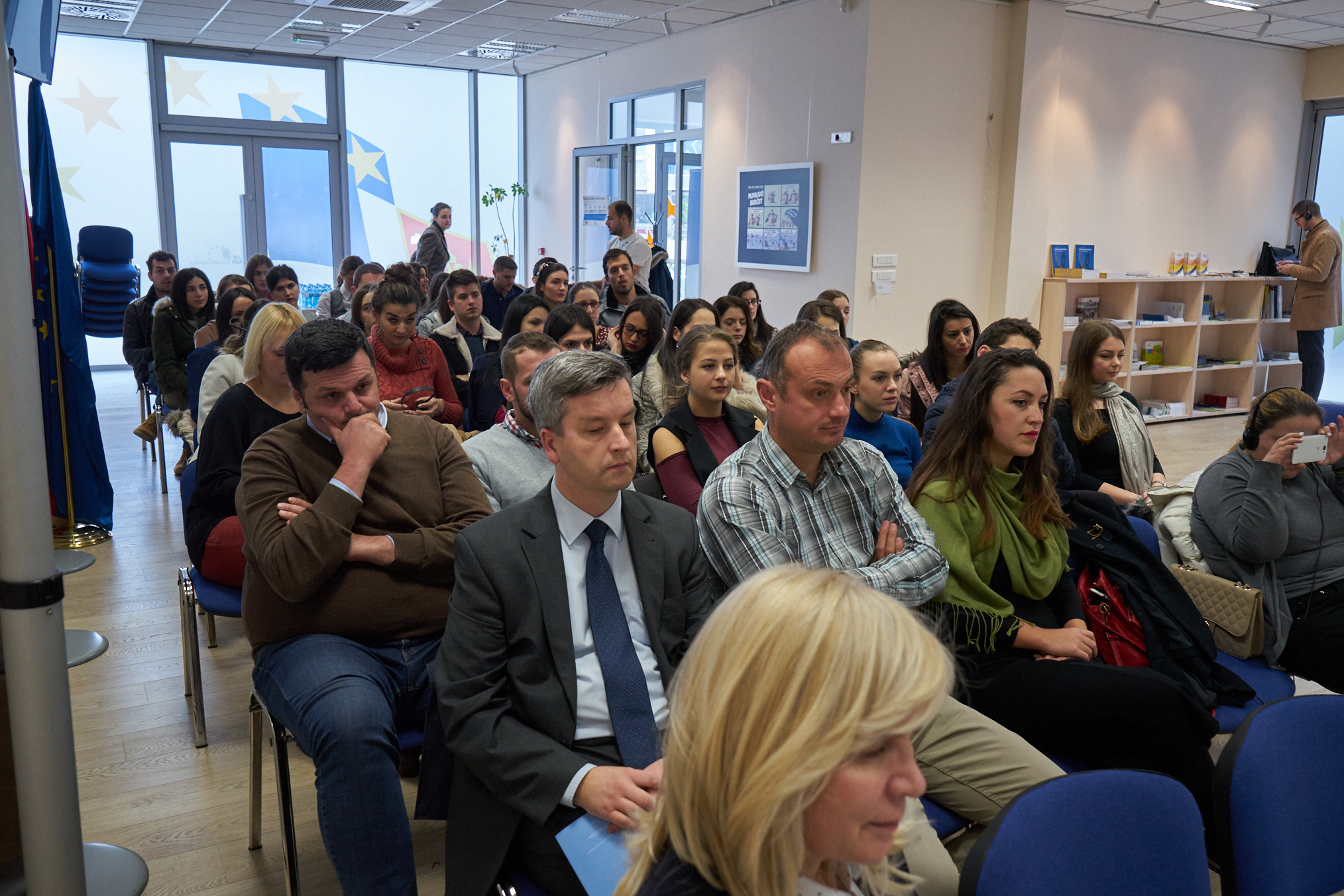 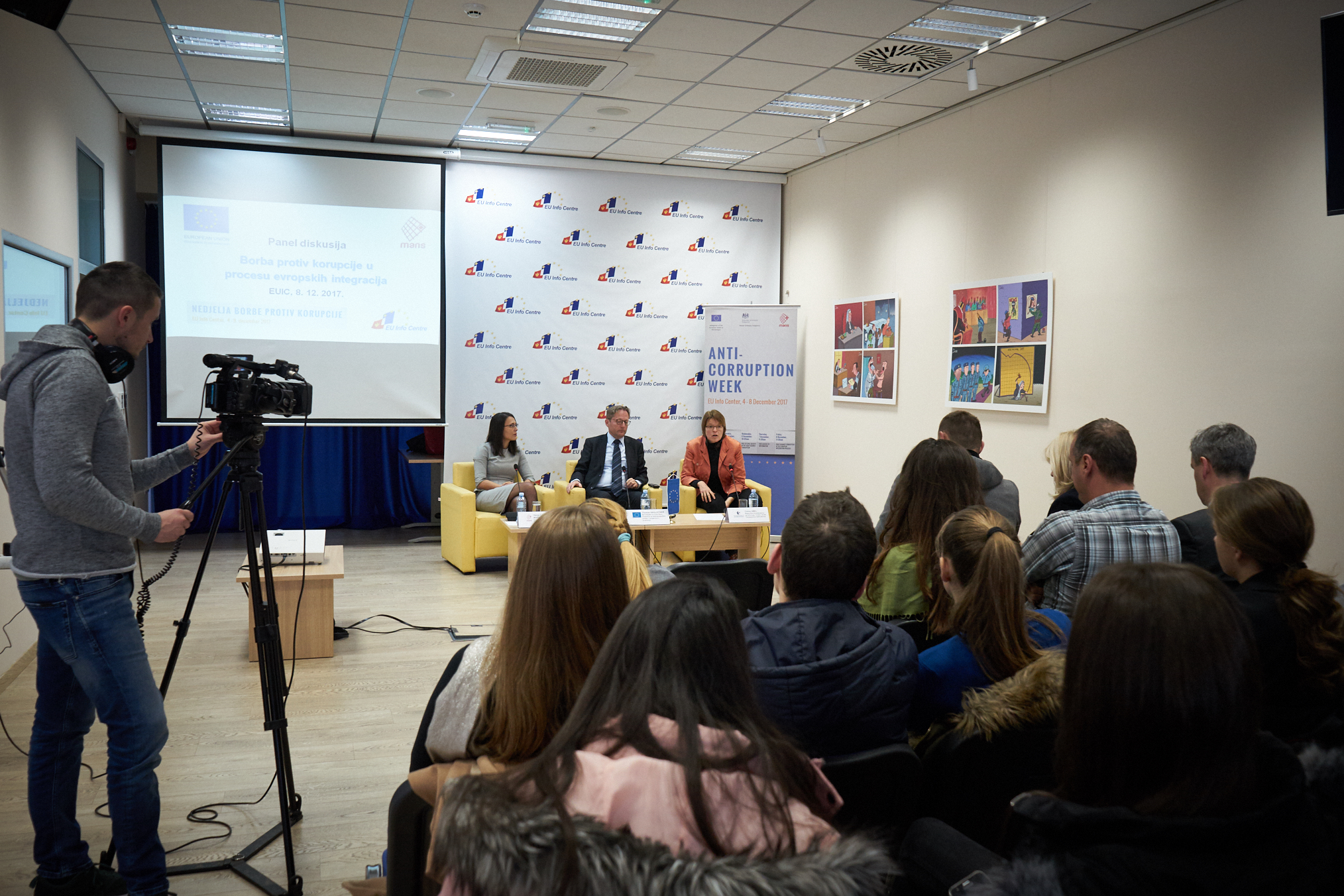