Montenegro does not have an official wildlife refuge. Therefore, those who often need help the most do not receive the care they need for a full recovery, prior to their return to nature. When an injured animal is found by humans, they are often handled by unskilled individuals who are unaware of the dangers to which they expose not only themselves, but also to the environment and the wild animal in question. As a result of improper care, we have encountered wild animals that are accustomed to humans – having been trapped in cages and sentenced to a life in captivity.

In the world’s wildlife rehab centres, birds are the most common ‘patients’ – accounting for 70% to 90% of animals treated at these facilities. In partially addressing this long-standing vacuum, a wildlife shelter was established in Montenegro, with the Delegation of the European Union to Montenegro, and the EU Info Center, both financially supporting the publication of the avian first-aid manual ‘Helping Birds with just Anything.’ This handbook is based on notes and drawings by the biologist Bjanka Prakljačić –  a proven expert in the world of birds. 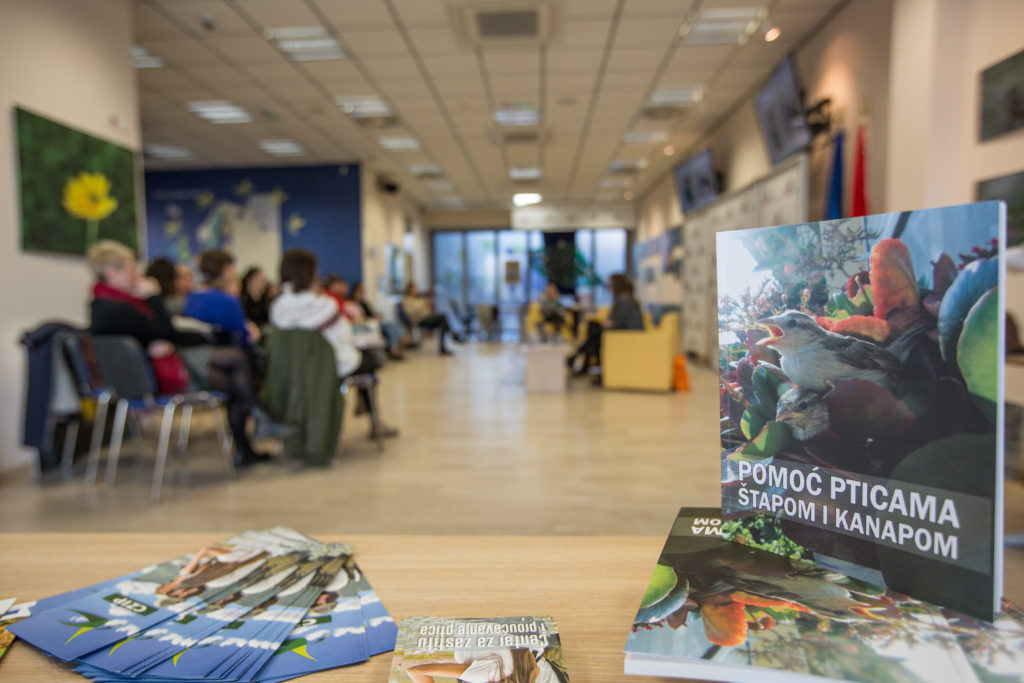 The first of its kind in the region, the manual was presented in the interactive lecture ‘The Bird in My Palm,’ to high school students at the EU Info Centre.

“10 years ago, I was in your place. I attended a bird lecture and realised that there was a lack of organised bird care in our country. I decided to change this, even though I didn’t have enough knowledge at that point. I literally started helping them with just anything,” Bjanka stated at the beginning of the lecture.

The manual describes in detail what should be done when one finds an injured bird, first steps to be taken, as well as how to care, feed, and warm the bird. Furthermore, it provides information on when expert assistance should be sought, and also when the situation should be left to nature – as human intervention may sometimes cause more harm. 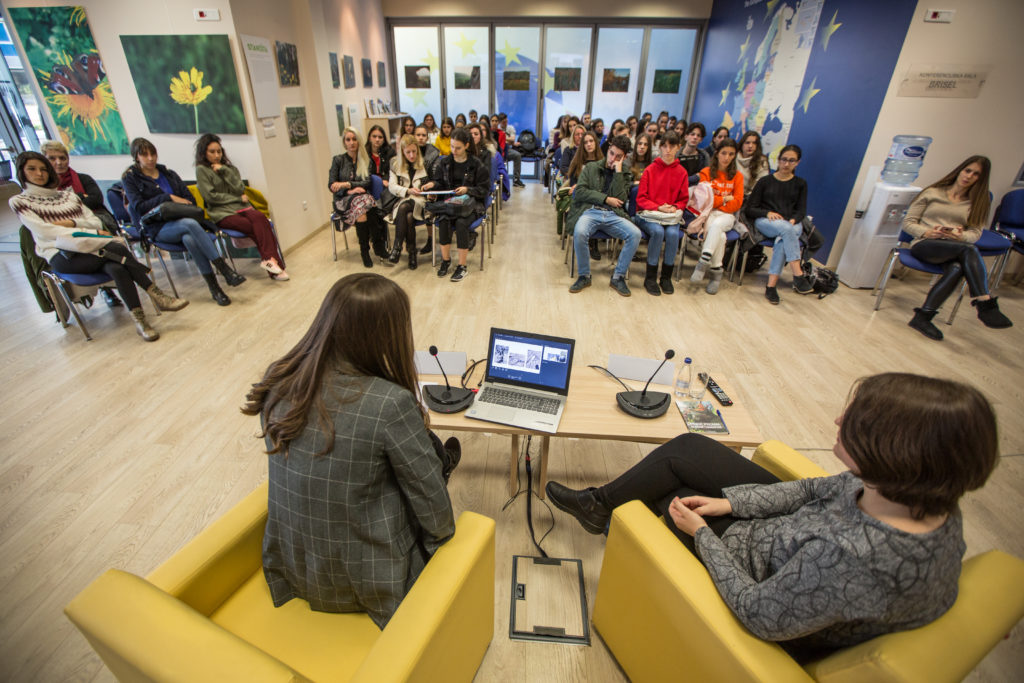 “Almost 1,500 birds have passed through my hands over the last 10 years, from miniature birds to those with three-metre wingspans. I’m sure that the vet with whom I worked is now able to purchase a small apartment,” said Bjanka with an honest smile, adding that “the care of birds is rather expensive.”

“When you bring a bird into your home, you become its parent. It is entirely up to you. At one point, there were 14 birds perched on my balcony. Some of these were predators, so the challenge was on how to protect other birds from them. I had to feed each bird every 20 minutes – day and night,” Bjanka stated as she shared her experience with the audience.

After 10 years of extensive experience, Bjanka decided to turn her notes into a handbook to help reduce the number of wild bird recovery attempts, and the number of birds that would spend the remainder of their lives in cages, following their ‘recovery.’ The manual is also aimed at alerting enthusiasts to the dangers to which they expose themselves, and the birds they help, as well as the responsibilities and hard work that await them. 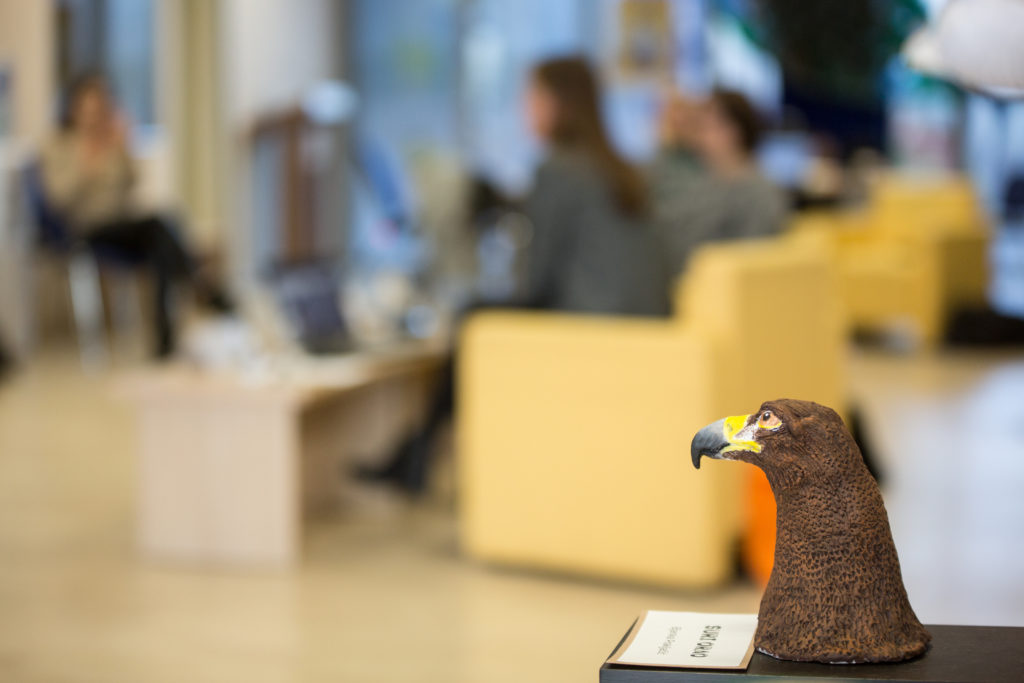 “People from all over Montenegro call me – in the day, as well as in the middle of the night. They send me birds in boxes and cages, while others also bring them in for asistance. Individuals may encounter 3-4 injured birds in their lifetimes, but if each of us could help them through the use of this guide, it would be of great support to them,” Bjanka stated.

Birds are most commonly harmed from the destruction of their habitats, and the pressures they face from human activities, including poisoning, wounding, injuries by roads and fences, collisions with electric poles, wires, and glass-panelled buildings, as well as by many other human-related causes. 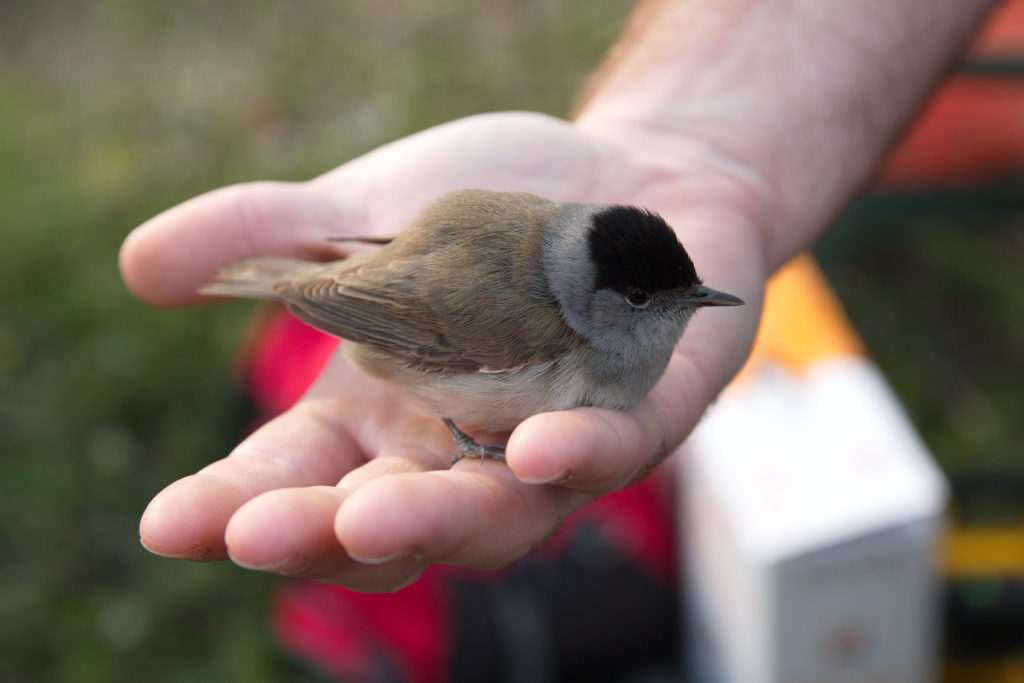 An NGO, the Center for the Protection and Research of Birds (CZIP), are working towards combatting poaching, stating that the biggest problem faced is when registered hunters hunt outside of the hunting season, and beyond allowed numbers – often killing bird species that are protected by law.

“We keep a long list at our base of protected species that are killed. In Montenegro, these are either pelicans or eagles, with approximately 50 pairs left in the country. Also, we face problems with the illegal capture of song birds, as they are not only attractive, but also sing beautifully. So, people trap them and resell them,” explains CZIP’s Marija Soskic, adding that some people were daring enough to even capture predators. “We recently had a case where an owl was being sold on Facebook. We reported it and filed a criminal complaint, and, in the end, everything ended well with the bird’s release,” said Maria.

A copy of the manual ‘Helping Birds with just Anything’ can be obtained from the EU Info Center, while the electronic version can be found here Pomoć pticama štapom i kanapom.