The year behind us brought a significant jump in the support of Montenegrin citizens to the country’s membership in the European Union, according to the results of a public opinion poll conducted in November and December 2020 by the DeFacto Agency on behalf of the Delegation of the European Union to Montenegro. 77.6% of Montenegrin citizens have a positive attitude towards the EU (compared to 66.1% in December 2019), while the number of those with a negative attitude has decreased to 17.7% in December 2020 (compared to 24.3% in December 2019). 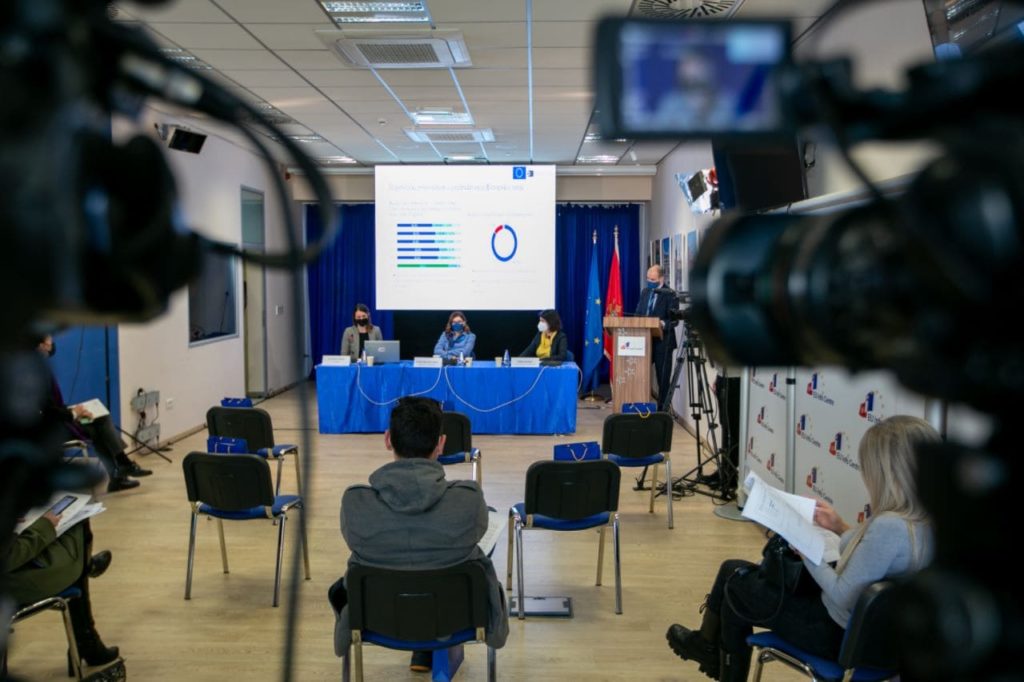 “The greatest change occurred in the category of the so-called moderate supporters, whose percentages increased at the expense of the moderate opponents of Montenegro’s accession to the European Union. A possible explanation could be that some of the citizens who had been sceptical of the EU before the August 30 Parliamentary Elections changed their views in a positive way, while those who had previously supported post-election integration did not change their views in a negative way.” said Olivera Komar of the DeFacto Agency, presenting the report.

The main reasons for supporting Montenegro’s membership in the EU remain the same from year to year. As a key reason for their support, half of the respondents cite a better quality and standard of living. A better future and improved standard of living are also the first association of Montenegrin citizens when the EU is mentioned. This is followed by the possibility of free travel, while the stability offered by membership ranks third.

More than half of the citizens know about the assistance that the EU provided to Montenegro in the fight against COVID-19. Almost half of the respondents, 48.6% of them, believe that the EU has expressed the most solidarity towards Montenegro in the fight against the epidemic. 64.8% of respondents believe that the EU’s response to the coronavirus epidemic in Montenegro was swift and sufficient. Citizens recognize the Union as the biggest foreign financial donor in Montenegro, but also as the community with which Montenegro should have the strongest political, economic and trade connections. 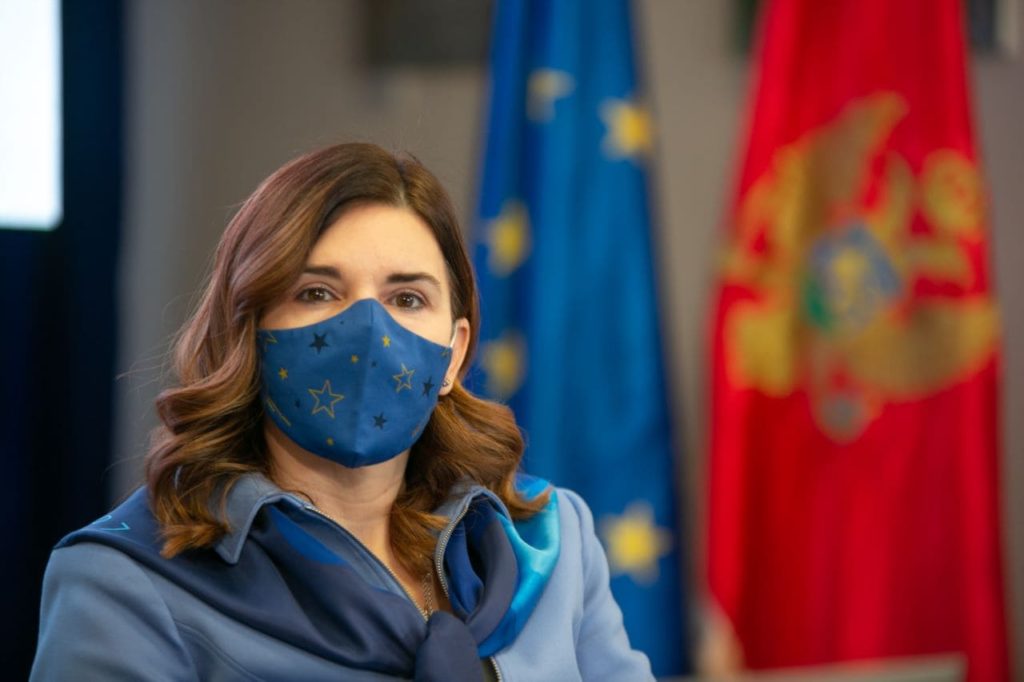 “The fact that today we have a record-high level of public support for Montenegro’s EU integration clearly tells us that citizens recognize and appreciate the significance and sincerity of the EU’s support in these difficult times. I was delighted to learn that this survey has revealed that, if a referendum was called, more than 85% of citizens would vote for Montenegro’s accession to the EU. This is a convincing illustration of the level of trust that Montenegrin citizens have in the EU and the strength of their desire to become part of a united Europe. This is a strong message to all relevant national stakeholders that citizens expect them to work together and bridge their differences so that Montenegro may implement the vital reforms and earn its rightful place in the EU” said Ambassador Oana Cristina Popa, Head of Delegation of the European Union to Montenegro.

Montenegro’s Chief Negotiator Zorka Kordić stated that the citizens’ desire for Montenegro to be part of the European family is a binding factor in the Montenegrin society. She pointed out that EU integration is the most comprehensive and complex reform process of the country in recent history, and added that it is a process led by the Government on behalf of the whole society, which nevertheless concerns all citizens. This is why it is necessary that the citizens receive full and quality information, as well as that they provide their active participation and support to this process.

“This level of public support is an incentive for the activities of the Government in achieving its strategic goal – for Montenegro to become the 28th member of the EU. It is a strong motivation for our negotiating team, but also for all other actors in the society to engage even more actively in the implementation of reforms that will ensure that Montenegro is indeed the next member of the EU,” said Kordić.

She added that the activities in the coming period will be intensified so as to contribute more to more substantive information, increased interest and greater participation of citizens in the accession process.

The majority of Montenegrin citizens believe that they are well informed about the European Union, its policies and institutions, as well as about the accession process itself. There is also a growing knowledge of the funds available to Montenegro in the accession process. DeFacto Consultancy conducted this poll on a representative sample of 1,006 respondents between November 15 and December 11 last year.