The Head of the EU Delegation to Montenegro, Aivo Orav stressed the importance of this twinning project that will help to improve capacities and efficiency of the Montenegrin Tax Administration, as well as the fulfilment of the requirements from Negotiation Chapter 16 – Taxation. Furthermore, he expressed his expectations that the project will contribute to a better tax compliance and increased revenues to the country, for the benefit of all citizens of Montenegro. As the challenges for this country in the field of taxation will not end with this project, he commended the Montenegrin commitment to comply with the EU principles of cooperation for tax purposes in the ongoing efforts to prevent tax fraud and tax avoidance.

Minister of finance Darko Radunović stated that the strengthening of Tax Administration capacities and modernisation of its business processes represent a precondition for improving the overall fiscal system and efficient sanctioning of grey economy, and that the project “Support to Tax Administration” was designed as the answer to the growing challenges in the field of the national tax policy, especially in relation to the need of meeting the requirements defined in the negotiation process for the EU accession.

The Spanish Ambassador, Miguel Fuertes Suarez, expressed his pleasure that the Spanish Tax Administration, as a highly functional institution that had implemented an overall reform 20 years ago, are taking part in the twinning project with the Tax Administration of Montenegro. He expects that Spanish institution will be able to transfer its experience in the upgrade of the tax administration for securing a high level of tax compliance, as well as in the reforms that need to be done for a successful functioning in the system of the EU. 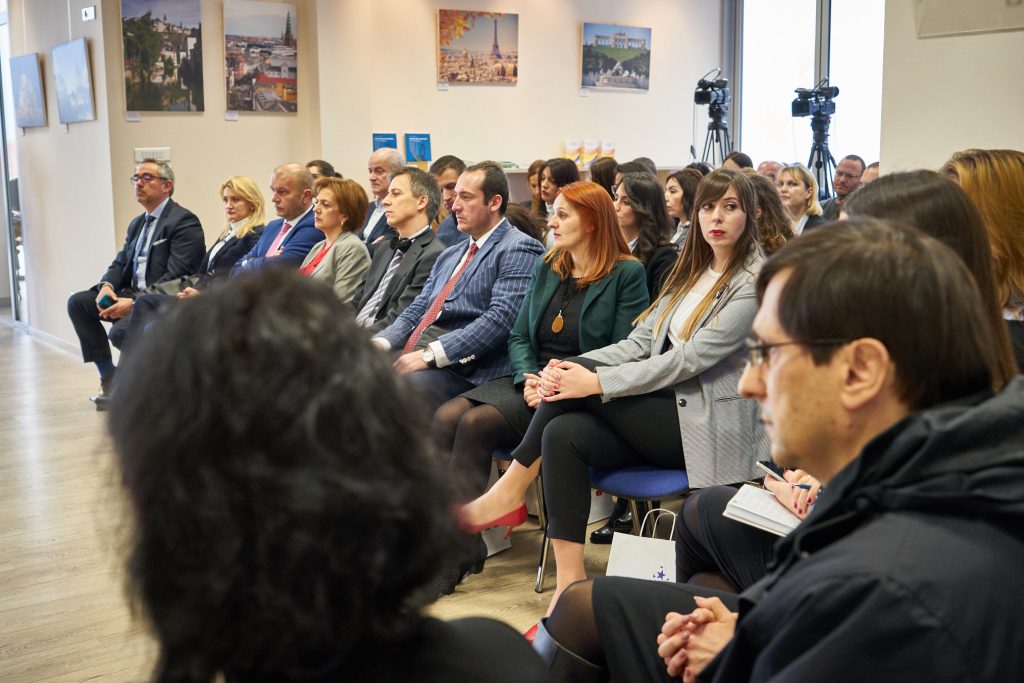 Director of Montenegrin Tax Administration, Miomir M. Mugoša, said that the timeframe for this project had been planned at the right moment for the Tax Administration, considering the overall reform that had been initiated, and to success of which the project will contribute too, and expressed his assurance that tax officers will be able to accomplish the modernisation of business processes and to adjust administration in line with the best practice, especially as they would communicate directly with colleagues from the Spanish Tax Administration.

Director of FIIAPP (International and Ibero-American Foundation for Administration and Public Policies), Pedro Flores, reviewed the domain of this organisation’s work and highlighted its valuable experience in promotion of international cooperation projects, with the common goal of upgrading public administrations and adoption of public policies for the best interests of citizens, taxpayers and economy, in line with the EU standards.

Head of Regional Office Madrid, Raquel Catala Polo, presented the work of the Spanish Tax Administration, especially highlighting the fields in which the most intensive cooperation and exchange of experience will be organized throughout the project. She expressed her expectations that on the bilateral level, through the visits of Spanish experts and study visits of Montenegrin officers to Spain, the highest level of cooperation and friendly approach will be developed between AEAT and MTA, for the successful realisation of this project and future cooperation until and after the Montenegrin accession to the EU.

The project leaders from the Spanish and Montenegrin administrations, Juan Jose Fernandez Sanchez, and Anđelko Jovanović presented the realisation plan for all four components – harmonisation of the legal framework in the field of taxes and excise; establishment of the efficient training programme for the MTA staff; preparation of the basis for automatic exchange of information and the establishment of the Central Liaison Office; and the detailed analysis of the existing IT capacities, and definition of requirements for interconnectivity and interoperability with the EU systems.

The project “Support to Tax Administration” is the first twinning project in the Tax Administration of Montenegro, and it will involve numerous stakeholders apart from the tax officers, such as Ministry of Finance and Customs Administration, and business and taxpayers associations, as the main contact point for communication with taxpayers and promotion of voluntary tax compliance. The value of the project is 1,000,000.00 €, where the EU contribution is 900,000.00 €, and the co-financing of the Montenegrin government is 100,000.00 €.

Standardisation and licensing of social services