Three high schools in Podgorica, Herceg Novi, and Niksic won the Human Rights Quest, which was organised by the Civic Alliance, the Delegation of the European Union to Montenegro and the EU Info Centre, in cooperation with the Ombudsman Institution, the Ministry of Human and Minority Rights, and the Council of Europe, on the occasion of International Human Rights Day. 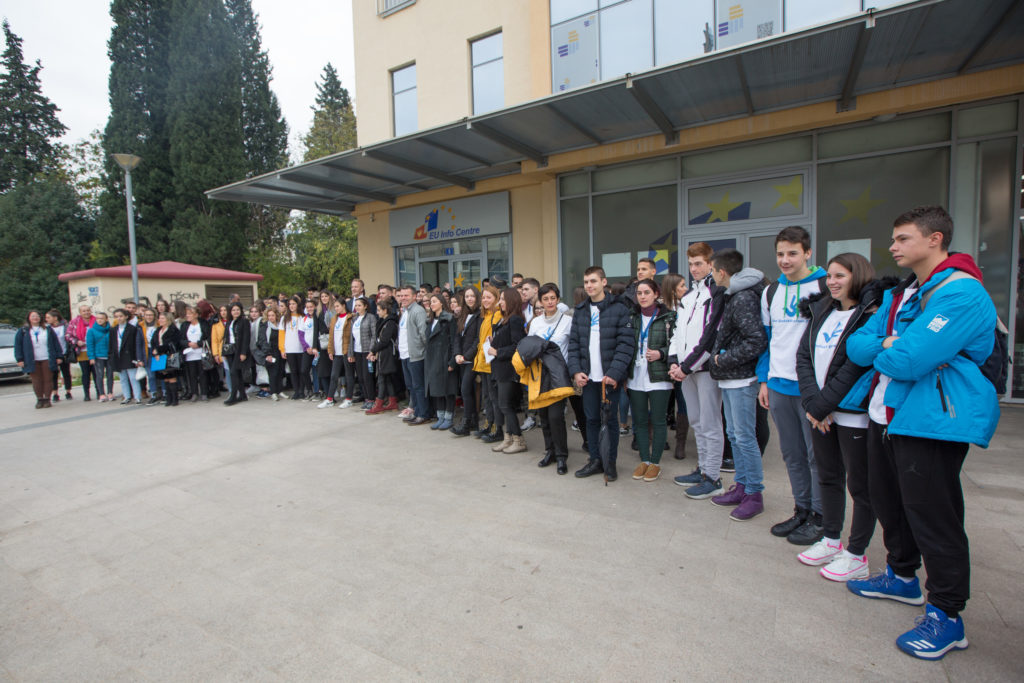 About 23 high school teams from 13 Montenegrin cities participated in the quest – 69 students, accompanied by 23 teachers. They were tasked with getting around ten checkpoints and learning more about their work. The checkpoints were institutions and organisations dealing with human rights. They were evaluated based on their speed, activity, and cooperation.

The fastest team was from the “Ivan Goran Kovačić” Secondary School from Herceg Novi, the most active team was from the Secondary School of Economics and Hospitality in Nikšić, while the award for the best cooperation, team work, and the highest number of points went to the team from the Podgorica High School “Slobodan Škerović.” As a reward, they received a joint trip to Vienna, where their human rights learning will continue. The award was provided by the Delegation of the European Union to Montenegro. 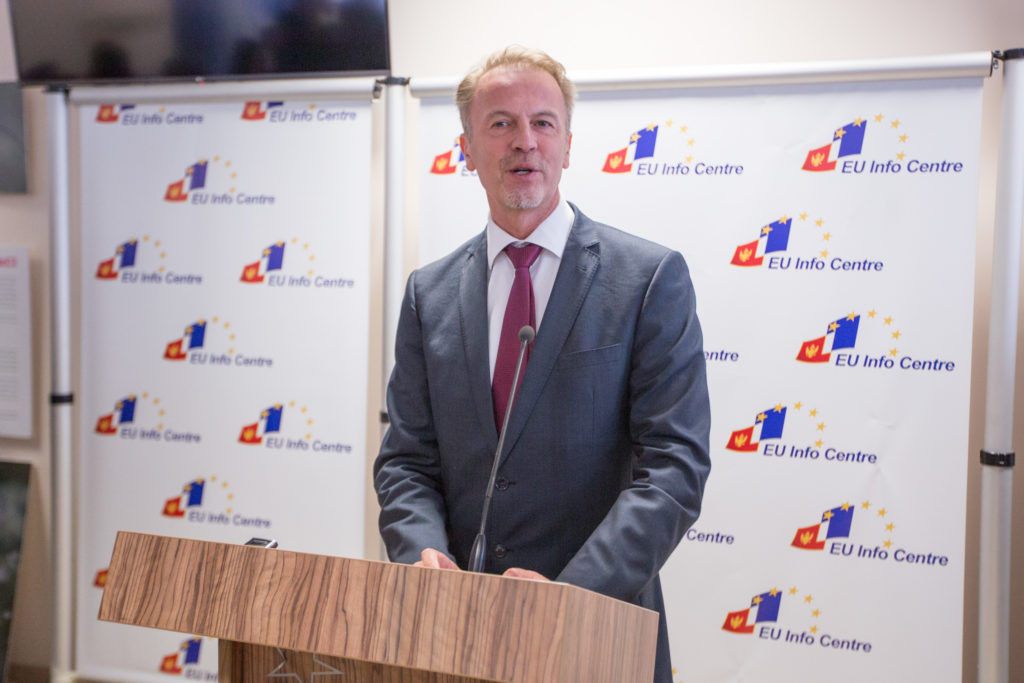 “Human rights are very important in the European Union. Since Montenegro is a candidate country that will hopefully join the European Union soon, human rights should be very important here as well. As you know, this year we are celebrating the 30th anniversary of the adoption of the United Nations Convention on the Rights of the Child, and it is important to all of you because it protects your rights. Children’s rights are significant and we in the EU are strongly committed to children, especially to those who are affected by war, poverty, climate change, and other disasters. During your competition, you will get to know most of the organisations in Montenegro dealing with and fighting for human rights and I hope that you will learn a lot and will be inspired to fight for the respect of human rights,” said the EU Ambassador to Montenegro, Aivo Orav, at the beginning of the quest.

The Civic Alliance reminded that they are organising the Human Rights Quest for the third year in a row. 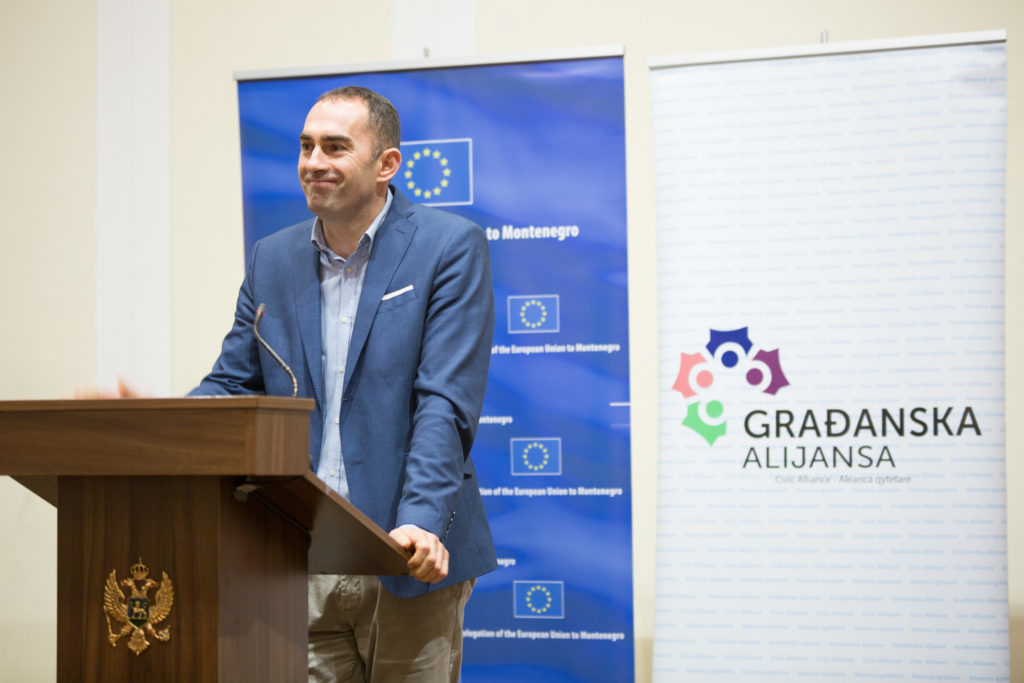 “The pursuit of human rights is a way to promote human rights in an interactive way through competitions, which is, if nothing else, our obligation to the younger generations. The search was launched as a one-off activity, but upon completion of the first event, we immediately decided that this method of working with high school students and the promotion of human rights must continue. I wish everyone continued success in their work and education,” said Milan Radovic, the programme Director at the Civic Alliance.

The Deputy Director of the Podgorica High School “Slobodan Skerovic,” Dragana Radunovic, discussed the importance of these competitions for high school students. 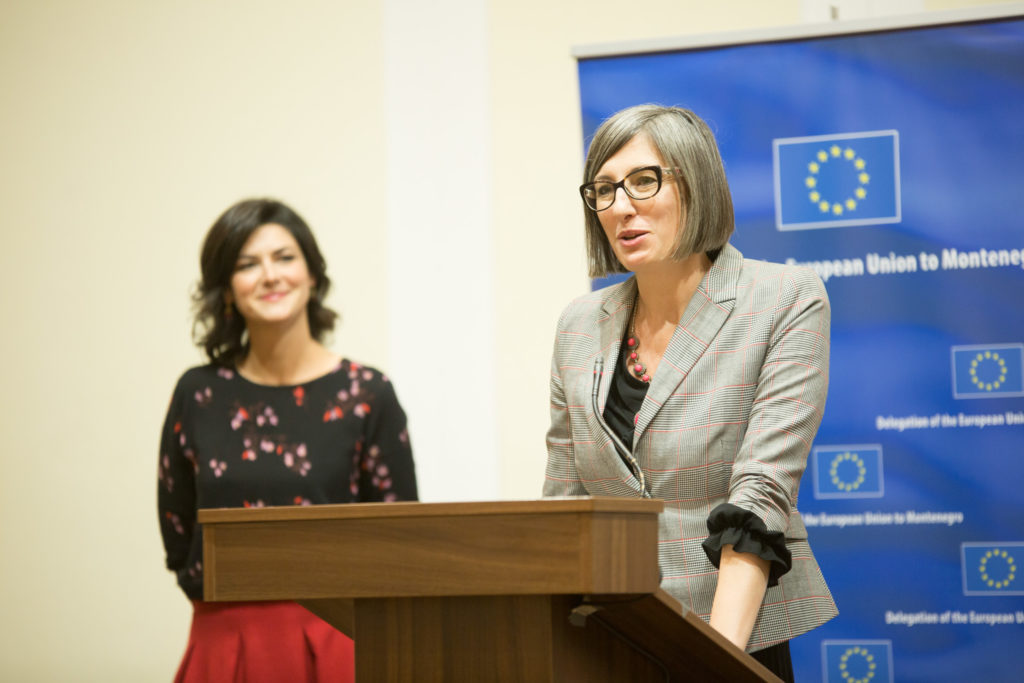 “Our youth have the opportunity to develop civic awareness, become familiar with the institutions and the system of the rule of law, and learn about democracy, empathy, tolerance, and the importance of knowing human rights and freedoms from an institutional perspective,” Radunovic explained.

The Human Rights Quest lasted more than five hours and it was fun and educational. During this time, high school students had the opportunity to learn from different institutions and organisations about the rights of the Roma community, people with disabilities, environmental rights, consumer rights, the functioning of the European Union, the rights of children and young people, and so on. In addition, they also managed to have fun. 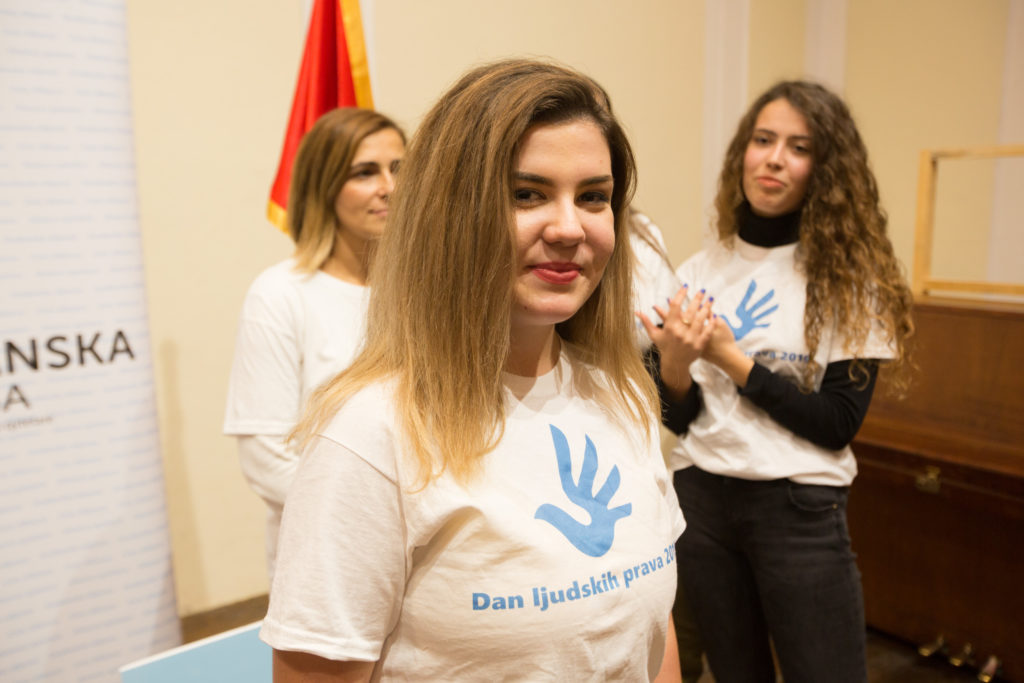 “This was a great experience for us, it took a lot of effort, but we also learned a lot and will forever remember this event. We are really looking forward to the trip to Vienna,” says Marija Basic, a member of the winning team from Herceg Novi.

The United Nations General Assembly proclaimed 10 December as the Human Rights Day in 1950 to draw attention to the former two-year-old Universal Declaration of Human Rights, the first and most important international human rights document, which defines the standards relevant to each person and a group that should be respected by every country in the world.