Podgorica, 18 January – Montenegro’s EU integration process continues to be supported among the population. A recent public opinion poll shows that more than three-quarters of Montenegro’s citizens (76.5%) would turn out to vote in a referendum on joining the European Union. Of the total number of decided citizens who would vote – those who at the time of the poll had a clear position on this issue – 80.9% would vote YES, while only a quarter of that number (19.1%) would opt for NO.

The survey also showed that for the fourth year in a row since the polls were first conducted, citizens’ support for Montenegro’s accession to the European Union has been at consistently high levels, so at the end of 2017, 62% of respondents supported the country’s bid to join the EU.

The results of the survey were presented by the Minister of the European Affairs, Aleksandar Andrija Pejovic, the Head of the Political, European Integration and Trade Section, Plamena Halacheva, and the author of the survey, Olivera Komar. Minister Pejovic said that this survey confirmed a stable trend of support for Montenegro’s EU membership.

“We have always had a stable trend of about 75% who would vote for Montenegro’s accession to the EU at a referendum. Today we have an increase in that number, amounting to 80.9% of the population who would vote in favour of joining the EU. This suggests that we have a strong trend of growth and that those who are interested in Montenegro’s accession to the EU are showing their support,” said Minister Pejovic, adding:

“Today, when many say that the EU is in a crisis and that there is no perspective, the survey shows that the citizens of Montenegro really have a clear perspective and support for what we are doing. The survey also shows that one-third of citizens understand that the country is moving towards the EU as fast as circumstances permit.” 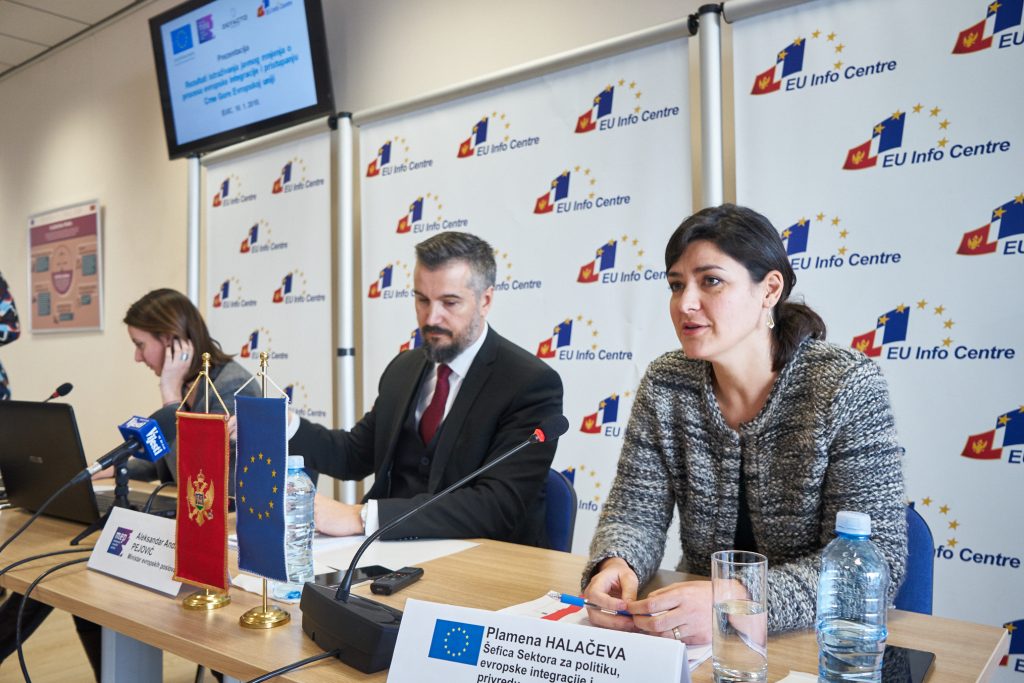 The Head of the Political, European Integration and Trade Section, Plamena Halacheva, said that one could argue that in the current volatile times a stable level of support is a rare blessing.

“Europe now has more wind in its sails, and so does its enlargement policy. Montenegro even has an accession timeline. We should now make use of this new momentum and rally everyone behind this goal, which I firmly believe will make both Montenegro and the EU a better place,” said Halacheva.

The number of citizens who have a positive attitude towards the EU has continued to grow, and now stands at 63.7%, which is the highest percentage since 2013 when polling started.

There was also an increase in the number of citizens who believe that Montenegro, regardless of their opinion, will become part of the European Union, which now amounts to 69.4%. “This is an indicator of the extent to which you have communicated what Montenegro’s strategic goal is. Montenegro’s strategic goal is to enter the European Union and, as we can see from the poll, this is clear to people. Regardless of whether they like it or not, citizens are aware that joining the EU is the future of Montenegro. If I need to choose the most positive information, this would be it,” said Olivera Komar, the author of the research.

Almost every second citizen (46.7%) acknowledges that the EU is the biggest donor to Montenegro.

As the main reasons for supporting Montenegro’s entry into the EU, citizens mention stability, a better quality of life and travel possibilities. On the other side, those who do not support accession mention as their main reasons: the crisis in the EU and the refugee crisis. Citizens perceive the influence of the European Union as being positive, and 63.9% think that EU support towards Montenegro is a positive factor, while 29.7% of the population see it as being negative. In this regard, the number of citizens who believe that joining the European Union would benefit Montenegro (58.5%) is 3.5 times as high as the number of those who think it would harm the country (17.3%).

Citizens believe that EU membership will have a positive impact on all spheres of life, but they expect the greatest benefits to be felt by young people, the unemployed and farmers. 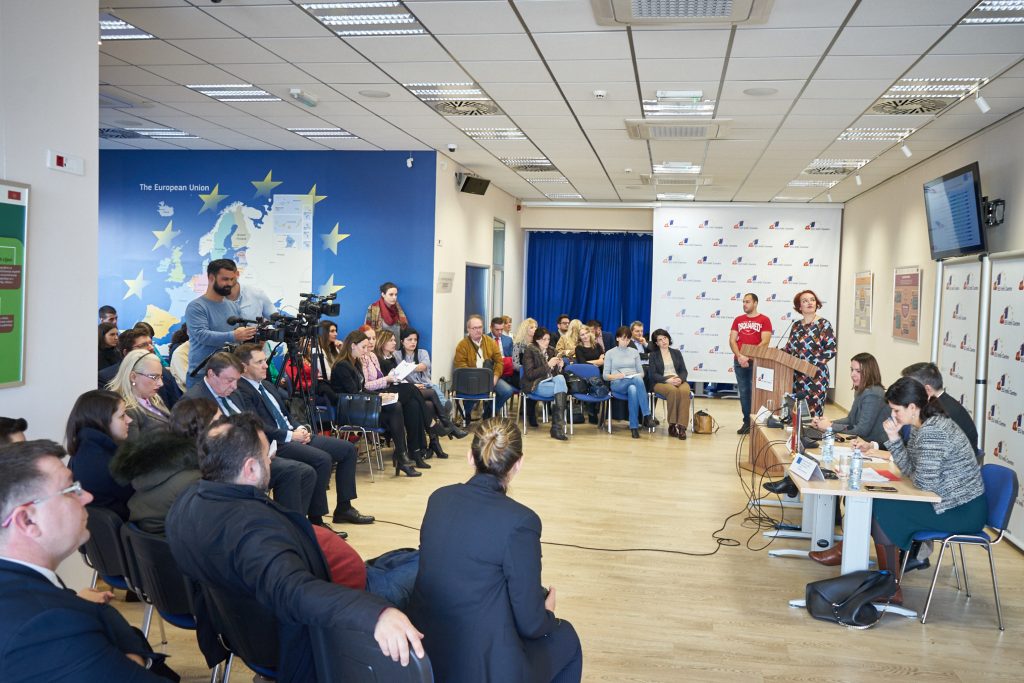 As in previous years, citizens are being informed about the EU integration process through the television, newspapers and internet portals, while they are looking for additional information mostly on the websites of the government and of the EU Delegation, as well as on the Facebook pages of the EU Delegation and the EU Info Centre.