Podgorica, 1 June  – Norwegian anthropologist Thomas Hylland Eriksen, some of whose most important work is on the themes of identity and nationalism, started his lecture with the idea that the subject of identity is never exhaustive and there are always new things and issues to be talked about.

“And the other reason we are talking about it today, is because in Europe we are faced with some serious challenges regarding identity, and there are a number of reasons connected to this that need sorting out. There are new and old challenges of identity facing Europe. Not only the EU, but also the fringe countries around the EU, like Montenegro and Norway,” said Eriksen.

He used his wide experience from Trinidad and Tobago and Mauritius to explain the nature of creating a national identity when there are people with different ethnic, religious and cultural backgrounds. He explained that their way of resolving these issues was to use neutral symbols that everyone agrees with, such as nature. Multiculturalism also played a big part in defining the identity of these diverse places.

He also described different ways of forming national identity in Europe, such as the French way, which was connected to geography or the German way which was based on ethnic identity.

After that, Erisken made a major comparison between the optimistic 1990s and the fearful 2000s and how that reflects on different identities. He reminded that in the 1990s, after the Berlin Wall fell, most countries experienced positive economic development. The EU was bursting with optimism, Erasmus brochures were everywhere and people realised that the EU, which had started as an economic project, could also become an identity project. According to Professor Eriksen, multiple identities, local, national and European were accepted and desirable.

“In Barcelona you could see four flags: the city of Barcelona, Catalonia, Spain and the flag of the EU. And people in Barcelona felt completely comfortable having these four identities. It wasn’t a big deal to be mixed, to be a cultural creole, as I call them,” said Eriksen. 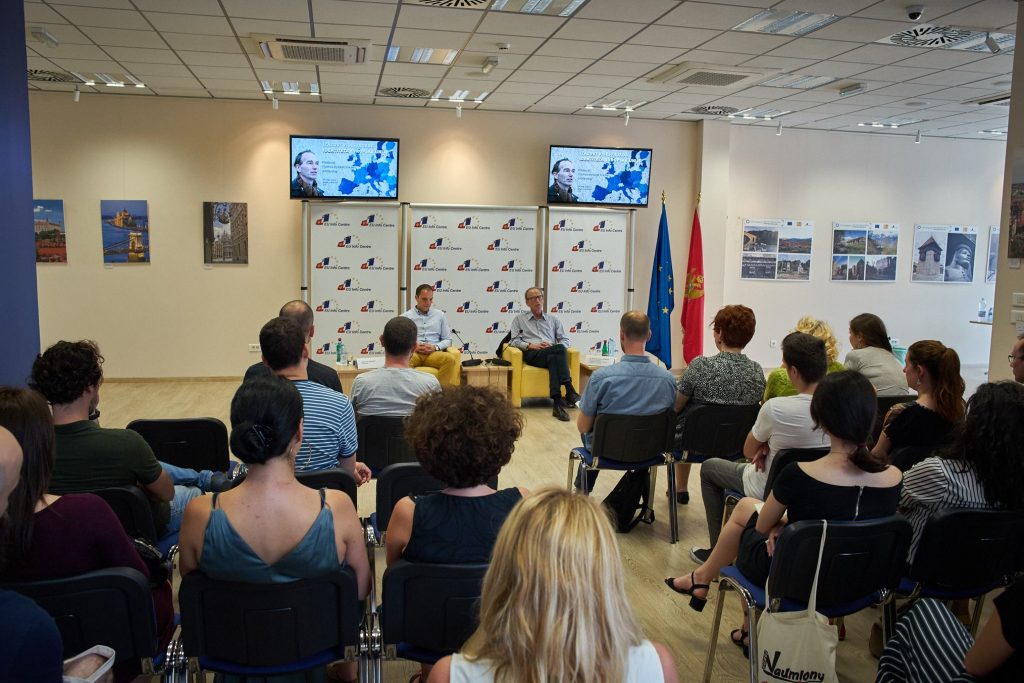 What happened to the optimism?

Eriksen sees the terrorist attacks on New York in 2001 as the beginning of change. According to him, people started building a new identity based on an outside threat. Then came the war on terror, which was not a war against a particular country, but a war on a phenomenon that could be anywhere.

“What they didn’t realise was that every time they kill an innocent in that kind of war they create 10 more terrorists. Or if they attack me as a Muslim, I need to defend myself as a Muslim. These are some of the roots of the so-called radicalisation of Islam,” explained Eriksen.

The building of walls also became fashionable, not only the potential USA–Mexico wall, but also the Israeli wall in Palestine, reminded Eriksen. This further radicalised identities in those countries, and we got societies that are strongly divided.

Eriksen said that we now have a withdrawal, regarding Brussels, regarding immigration, we have anti-Muslim protests in countries that don’t even have Muslims. He listed all the countries that have right-wing parties that are on the rise, mentioning Norway, where they are in government.

People feel that no one is asking them anything and they are powerless. That is, according to Eriksen, a mistake that the political elites have made and that has allowed nationalist parties and religious fundamentalists to gain popularity.

“We have brought right-wing populism upon ourselves by not taking the feeling of powerlessness seriously enough,” said Eriksen.

How can we deal with that? Eriksen advises explaining to people that they are being taken seriously, and to listen to their problems. They should show that the principle of subsidiarity is taken very seriously.

“Every decision should be taken at the lowest possible level and as closely as possible to the people that are affected. Then people might start believing in democracy again,” said Eriksen.

Thomas Hylland Eriksen’s lecture is the second in a series of lectures by professors and academics organised by the EU Info Centre for students and the general public in Montenegro. Eriksen is not only one of the most respected anthropologists, but is also probably the person most responsible for popularising social anthropology with the general public. His textbooks are used within anthropology courses at many European universities, but his influence does not end with academia. Eriksen writes popular books, speaks at TED conferences and generally uses anthropology to explain a wide range of topics of interest to him, from Darwinian natural selection and information technologies, to climate change and cultural diversity. 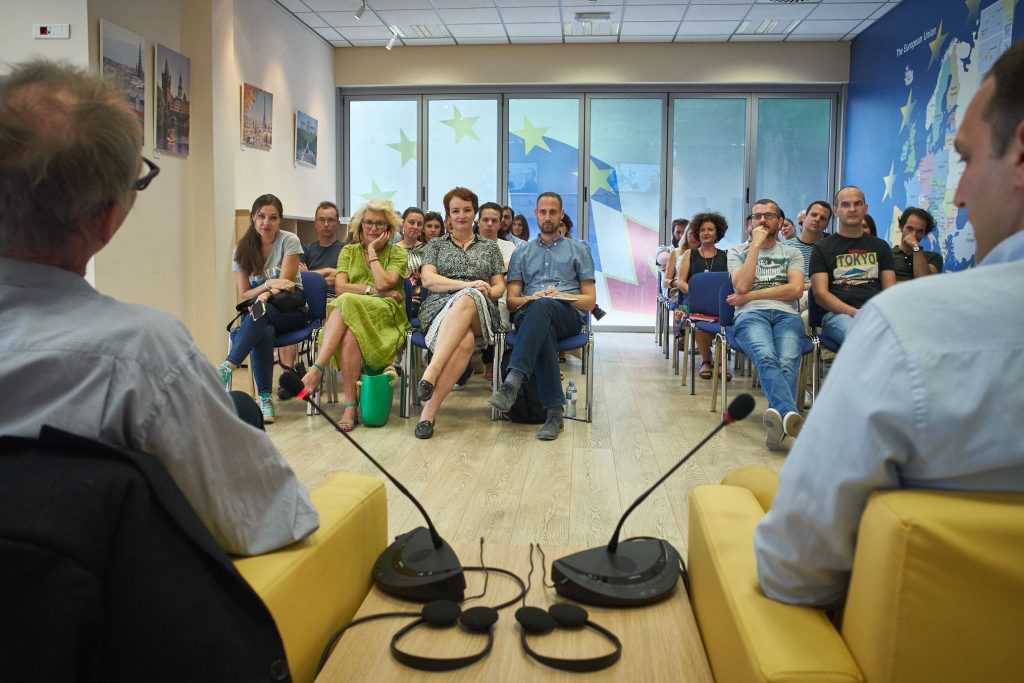