The youth in Montenegro are still not sufficiently influencing the decision-making processes. In order to change this, and in addition to systemic and institutional support, it is necessary for the youth themselves to be more active. This conclusion was brought during the final Conference of the project “Activate Me!” organised by the Centre for Civic Education and with the support of the Ministry of Sport and Youth.

At a Conference organised at the EU Info Centre, Daliborka Uljarevic, Executive Director of the Centre for Civic Education, said that, even though it isn’t surprising, everyone should be concerned that young people have a growing desire to leave Montenegro due to their unfavourable status in society.

“There is no official data on youth migration, which sends an additional message which shows that the Montenegrin institutions do not recognise this problem as a priority,” said Uljarevic. 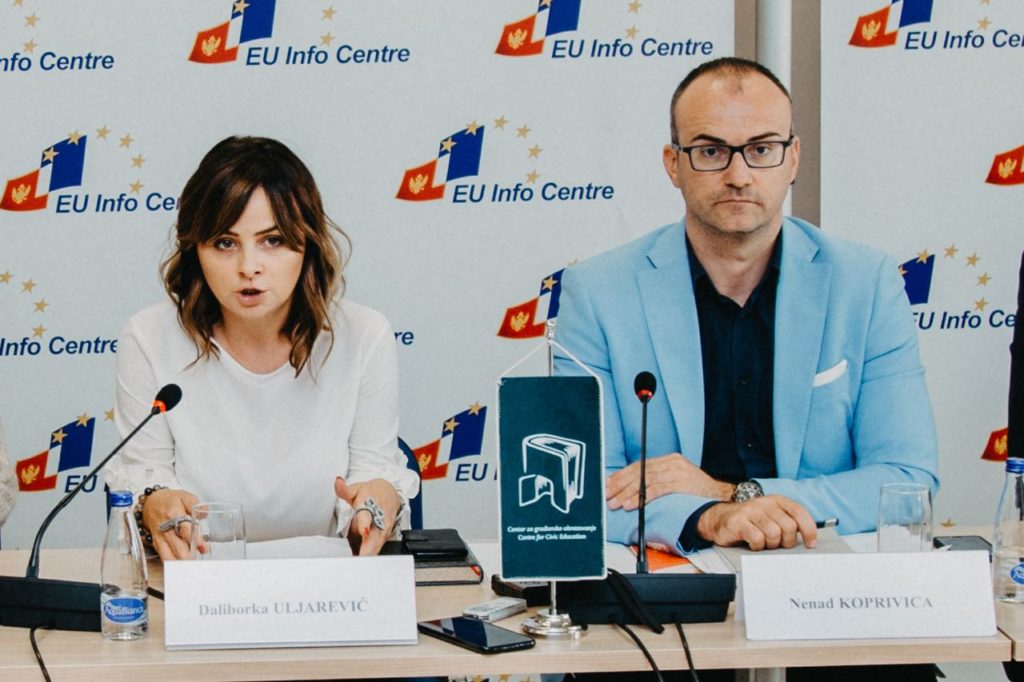 Nenad Koprivica, the Director General of the Directorate for Youth at the Ministry of Sport and Youth, said that, since its inception, the Ministry has allocated more than €800,000 for projects of youth organisations.

“The issue with the youth is multisectoral and it is an issue of concern for multiple Ministries as well as the entire society. However, it is also a great responsibility of the youth, how much they will do for themselves and if they will choose the path of activism,” Koprivica explained.

Speaking about the wider civic awareness and values of young people, the Juventas NGO Board Chairwoman, Ivana Vujovic, reminded that the youth of today were born in the 1990s, that is, in a period of intense turbulence, war, poverty, refugee, a brokendown system, and an unfinished process of the construction of a new system, all of which have played a role in influencing their formation.

“There are strategies in education that can lead to improvements, but they do not seem to be fully implemented. So, for example, subjects such as civic education, media literacy, and healthy lifestyles, while important and dependent on the needs of the students, are in fact more dependent on conforming to the professors’ standards and, therefore, remain neglected,” said Vujovic.

Milo Radulovic, the founder and CEO of the start-up MARLEQ, talked about his extensive student and work experience at home and abroad.

“After five years of working abroad, I had to return to Montenegro. It is very difficult to get a job in the EU, but it does not mean that it is impossible, although more work is needed from local students. That is why my advice to young people who want change is to get started and sign up if they are expecting results rather than just to sit and wait,” Radulovic advised.

Vuk Vujisic, the initiator of the “I will not go” campaign, pointed out that the departure of young people is not in dispute when it comes to their interests, the desire to get to know other areas, to work there, and to improve, but the problem of departure stems from economic reasons.

“The big problem is that our State, as well as others in the region, do not keep records of young people leaving the country, even though it is a significant resource,” Vujisic said.

The Conference brought together about 50 young people, representatives of non-governmental organisations, and institutions working with young people. Students of the School of Young Leadership, as an integral part of this project, were awarded diplomas at the end of the event.

Milena Raicevic: I recycle to protect the environment