PODGORICA, 26 April 2016. – Speaking at the public debate on Montenegro’s EU integration, titled “Challenges and the way forward”, EU Ambassador to Montenegro, Aivo Orav, told the numerous audience gathered at the EU Info Centre, that instead of focusing on the country’s integration process, which for many people remains abstract, it maybe best to focus on its results, which are already present in Montenegro. 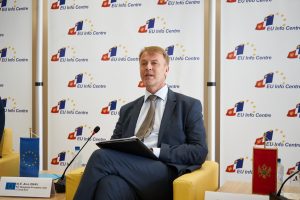 “Thanks to the EU rules applied here in Montenegro, the food has become safer, and also toys for children. Through the introduction of the anti-corruption agency, Montenegrins have a dedicated address to turn to report corruption, while better equipment for farmers helps to increase the agricultural productivity”, said Ambassador Orav.

He pointed out that we are hearing lately too much pessimism about the EU, but that “we need to be more positive in our approach and we should be proud of what we have done together”.

Minister of European Affairs Aleksandar Andrija Pejovic presented the milestones of Montenegro’s Government achievements in the EU integration process and planned future steps. He said that this year Montenegro plans to open the 7 remaining negotiation chapters, but also to enter the phase of closing of the chapters which would make the integration process’ end foreseeable.

Speaking on one of the most important areas of reforms – rule of law, Minister Pejovic said that in the previous period Montenegro has adopted necessary legislation and established relevant institutions in the area, and that now the results are being produced. “The work of the State Prosecution illustrates that the system which we created with the help of the EU is producing results. After a period in which we could not boast with results in the fight against corruption and organised crime, today we have more and more indictments and court proceedings”, stated Minister Pejovic. 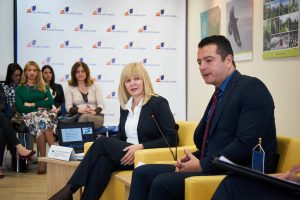 The event was hosted by professor Gordana Djurovic, Montenegro’s leading academic expert on EU integration matters and author of the book “The European Union and Montenegro“. The book was produced in collaboration with the EU Info Centre, and it gives an overview of EU integrations, EU’s macro system, its core values, its enlargement policy in relation to Montenegro, progress assessments, but also the cost-benefit analysis of Montenegro’s accession. Here she concludes that “general benefits from EU integration for Montenegro are much bigger that the costs, or investments. Citizens expectations are highly positive, and EU integration remains stable priority, which calls upon the actors of the process and political leaders to continue with the process”, said professor Djurovic.

Another participant in the debate was Adrian Vuksanovic, Head of the Committee on European Affairs in the Parliament of Montenegro who spoke about European values and what do they mean for Montenegrin citizens. 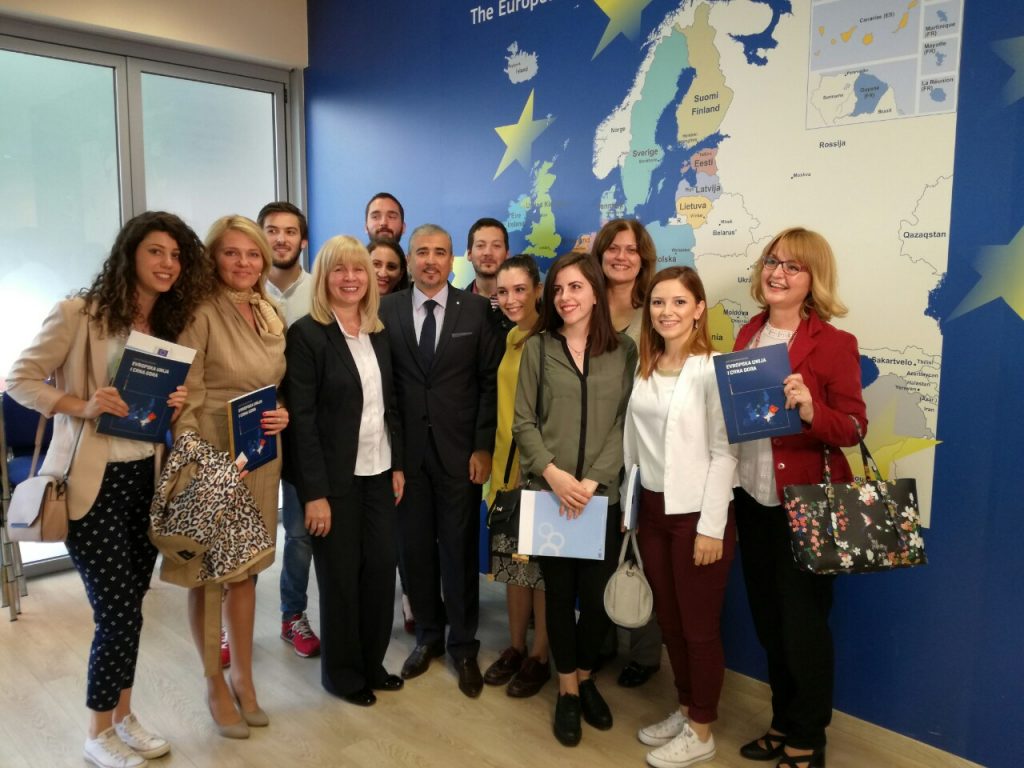 From Erasmus to Erasmus+ – A Story of 30 Years