PODGORICA, 11 December 2017 – The Creative Europe Desk of the Ministry of Culture and the Film Centre of Montenegro have presented competitions for EU funds for the development of film projects, for which Montenegrin cinematographers can apply. The available EU funds belong to the Creative Europe programme, within the MEDIA subprogramme, through which €1.5 billion will be invested in European cinema for the period 2014-2020. Montenegro has been participating in MEDIA since 2015, and this year is the first time a Montenegrin film script has received money from this fund.

The first Montenegrin film that was supported by the European fund is the feature film “After the Winter”, the debut by the director and screenwriter, Ivan Bakrač, produced by the production companies Artikulacija and ABHO Film. Through the MEDIA subprogramme a grant worth €30,000 was made available for the development phase of this project. 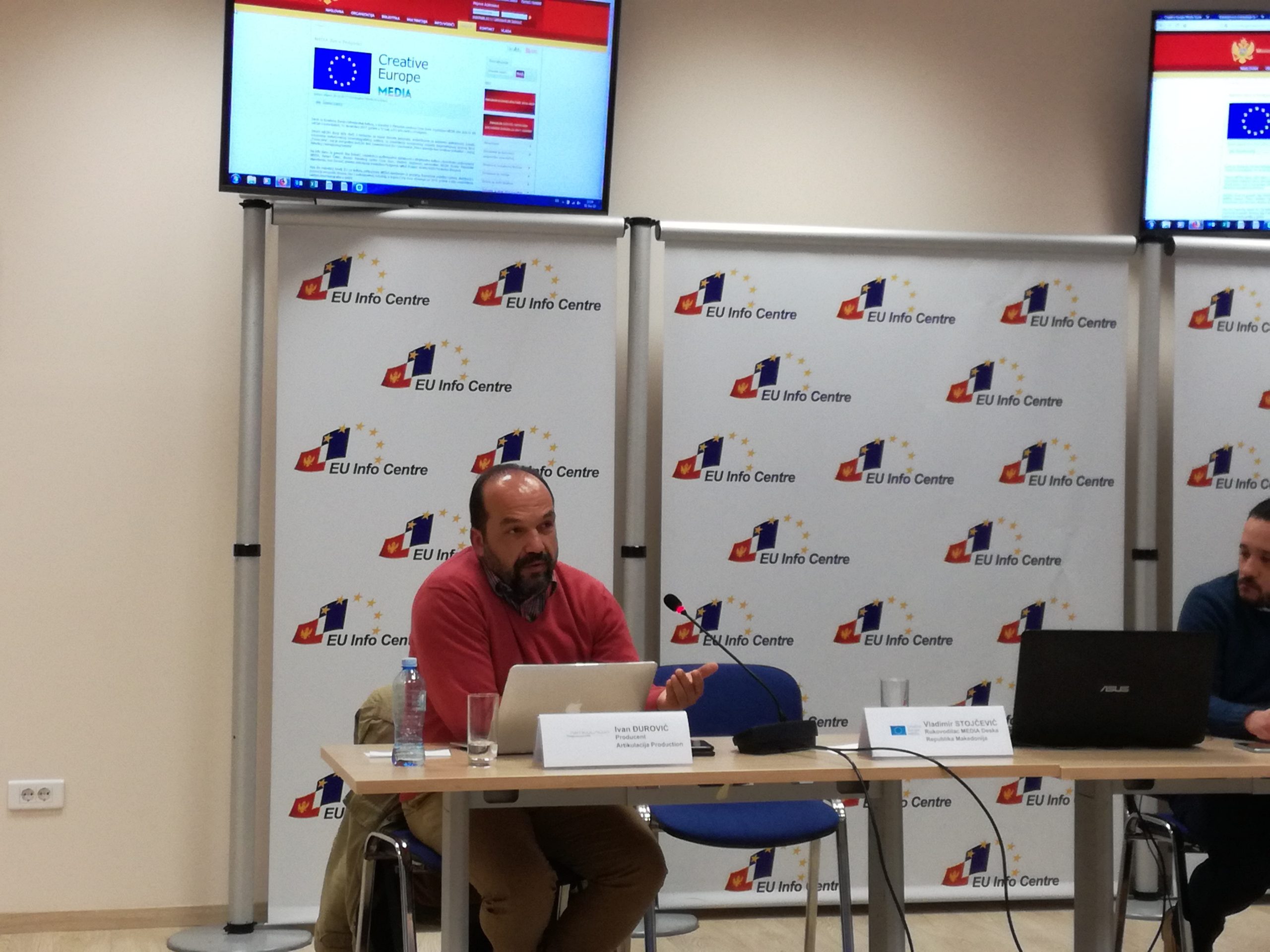 The director of the Podgorica-based production company Artikulacija, Ivan Đurović, who participated in the preparation of the awarded project, said that the application procedure for MEDIA was demanding, because a very detailed, precise, and costed explanation of the project was needed. For this reason he advises potential applicants to prepare their applications in a timely and thorough manner. The most important things in the application, he added, are to show quality, sustainability and commitment and demonstrate that you have thoroughly considered all the aspects of project for which money is being sought.

The head of the MEDIA Desk of the FYR of Macedonia, Vladimir Stojcevski, gave Montenegrin producers, representatives of film festivals, directors and Montenegrin students of film and AV production who attended the event detailed instructions and tips for completing the applications for the MEDIA programme.

One item of news that was shared at the event was that the Creative Europe Desk, which has been functioning within the Ministry of Culture, will be transferred to the Film Centre of Montenegro from 1 January. 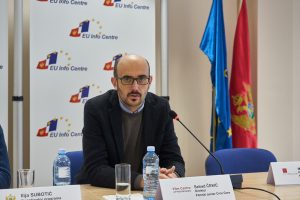 The director of the Film Centre of Montenegro, Sehad Čekić, pointed out that the MEDIA subprogramme is a very important institution for the Montenegrin audio-visual sector, calling it a lighthouse highlighting the standards in this area, which Montenegrin creators need to reach in order to develop the national film industry in the right way.

“The MEDIA subprogramme, along with the competition it is carrying out, is something that we as professionals need to excel in and to look up to as an example of excellence in all parts of the film production chain,” said Čekić. He added that, out of 14 sections of the MEDIA subprogramme, Montenegro can participate in four or five as one of the smallest film industries, but that these are highly competitive sections. 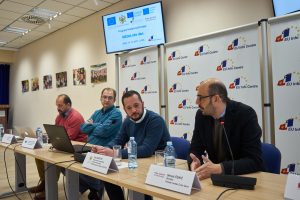 The representative of the Ministry of Culture, Ilija Subotić, reminded that, through the Creative Europe programme and its MEDIA subprogramme, the local film sector can apply for funds intended for the development, distribution and promotion of films, audience-development schemes, the training of professionals and support for festivals.

As part of the MEDIA information day, the director of the production company Red Production, Miloš Đukelić, gave a lecture on the topic “Film and Television as a Creative Industry – The Importance of Film and Television Tourism,” in which he spoke about the preconditions for the development of this branch of cultural tourism and the benefits it can bring to a country’s economy and its international promotion.