PODGORICA, 20 December 2017 – The Montenegrin Media Union has presented the analysis “The Position of Local Public Broadcasters and the Rights of Journalists in the Media Laws of Montenegro”, which highlights the unfavourable legal treatment of these issues and proposes changes which would ensure the financial security of local media and the autonomy of journalists. 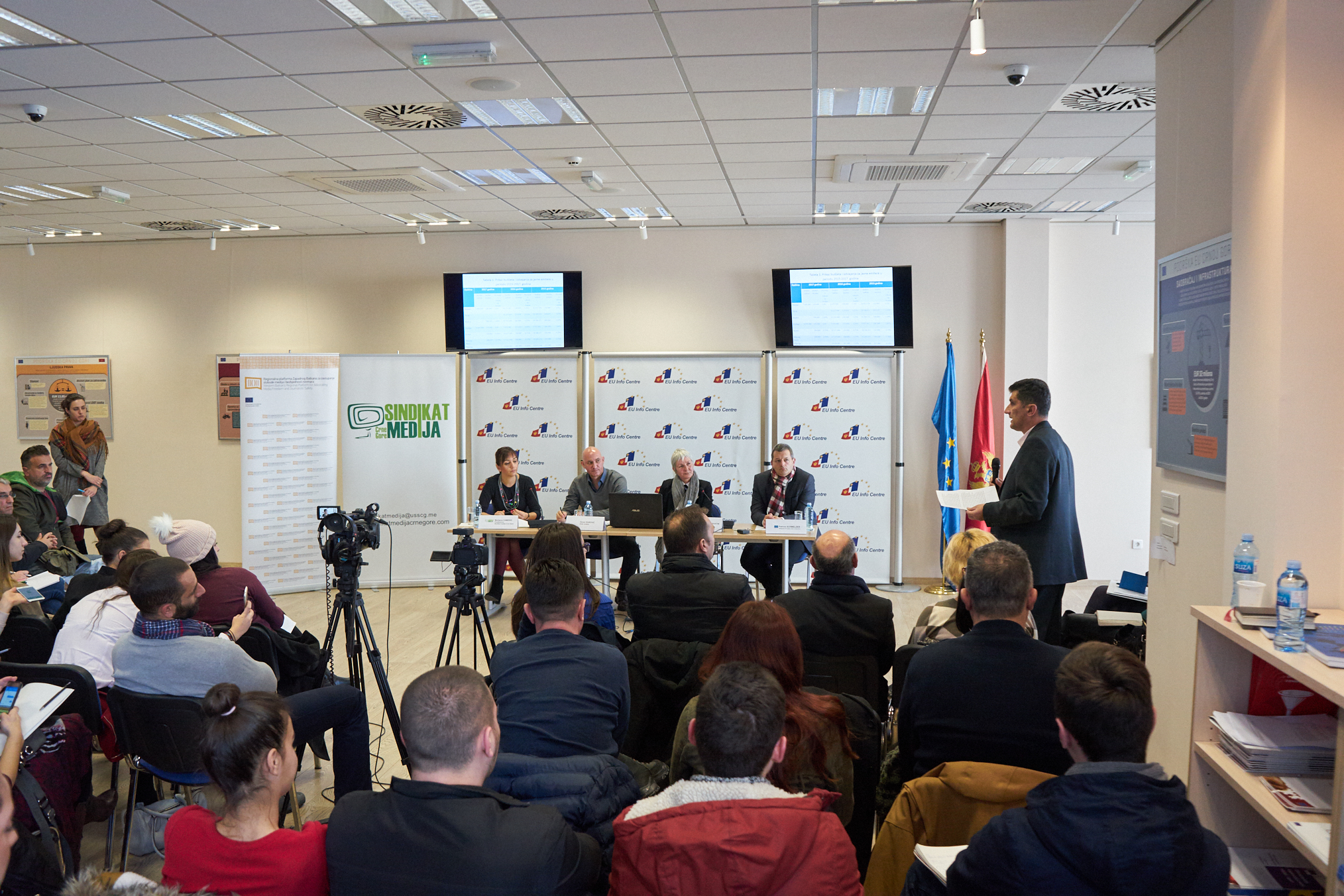 Citing the example of Television Pljevlja, whose employees are currently on strike due to not having been paid for five months and other similar situations, the Media Union has suggested that the Law on Electronic Media should oblige local governments to determine, through obligatory content in the decision on the establishment of a public broadcaster, a minimum budgetary percentage for its financing.

The co-author of the analysis, Goran Đurović, has pointed out that the Law on Electronic Media does not prescribe an obligation for local government units to calculate a minimum percentage of their budget for financing the work of local public broadcasters, as is the case at the national level where the national public broadcaster is financed with a fixed amount of 0.3 percent of GDP.

“As a consequence we have insecurity in the work of local public broadcasters. In such a situation it is a very thankless task to plan any programme content because you do not have a clear picture of what the budgetary policy will be and that also prevents any development policy in the media,” Đurović said. 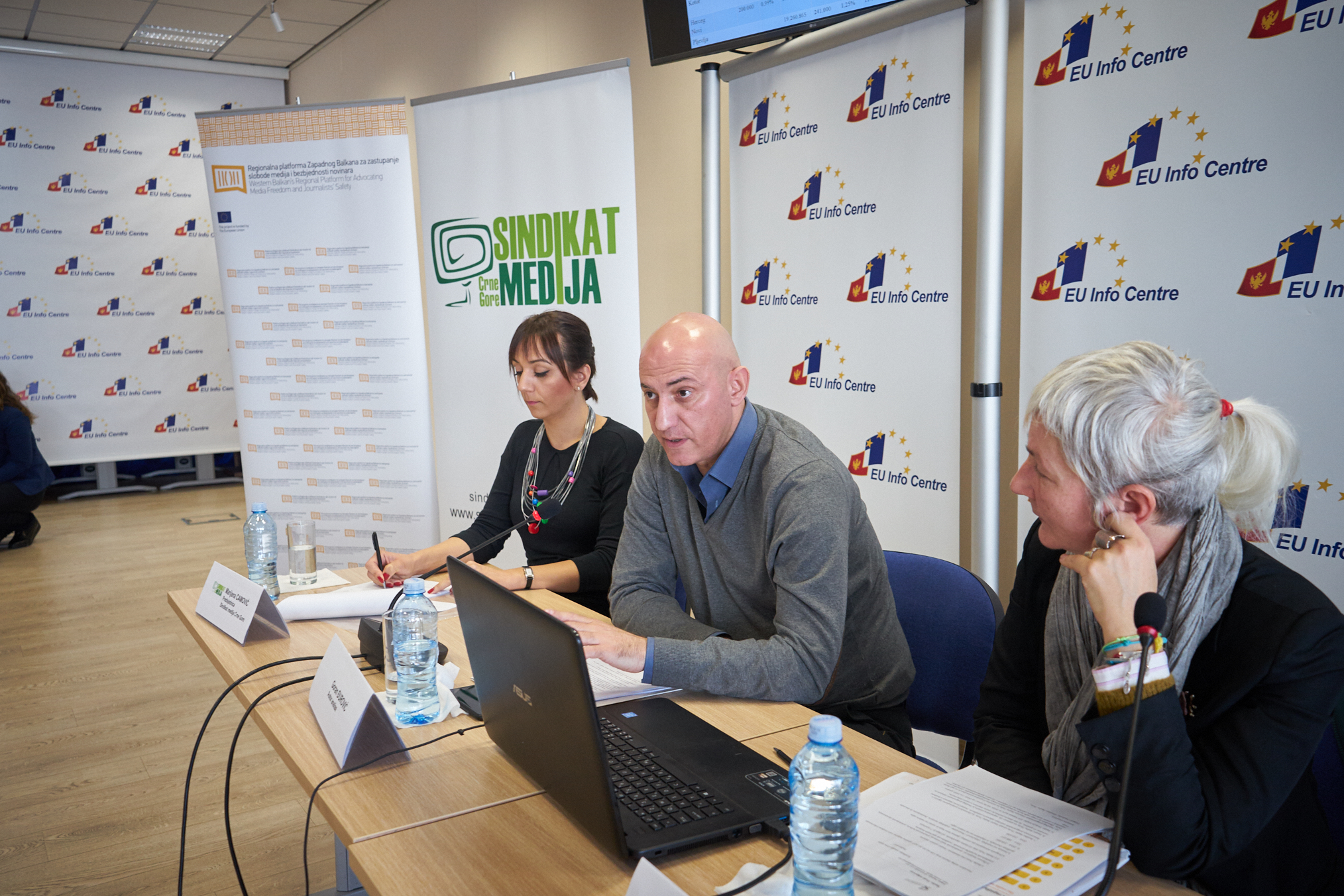 As another major problem, he points to a lack of independence in the work of councils as key governing bodies of public broadcasters, which mainly consist of the representatives of public institutions and companies, and suggested that in the future, councils should include organisations which get no more than 50 percent of their finances from the local government’s budget, with the obligatory participation of trade union representatives.

“If the members of the council are paid from the local budget, there is a large probability that they will be influenced by the authorities, and then there is a big issue of whether to have a public broadcaster at all if it is only going to follow the interests of the political group that is currently in power in a certain municipality,” Đurović explained.

The analysis also proposes that specific legal rights should be given to journalists as a specific profession because, in their opinion, this area is especially important for every society, and it is in the public interest to further protect the rights of those who provide information to citizens in accordance with professional standards and which through their reporting help community development. 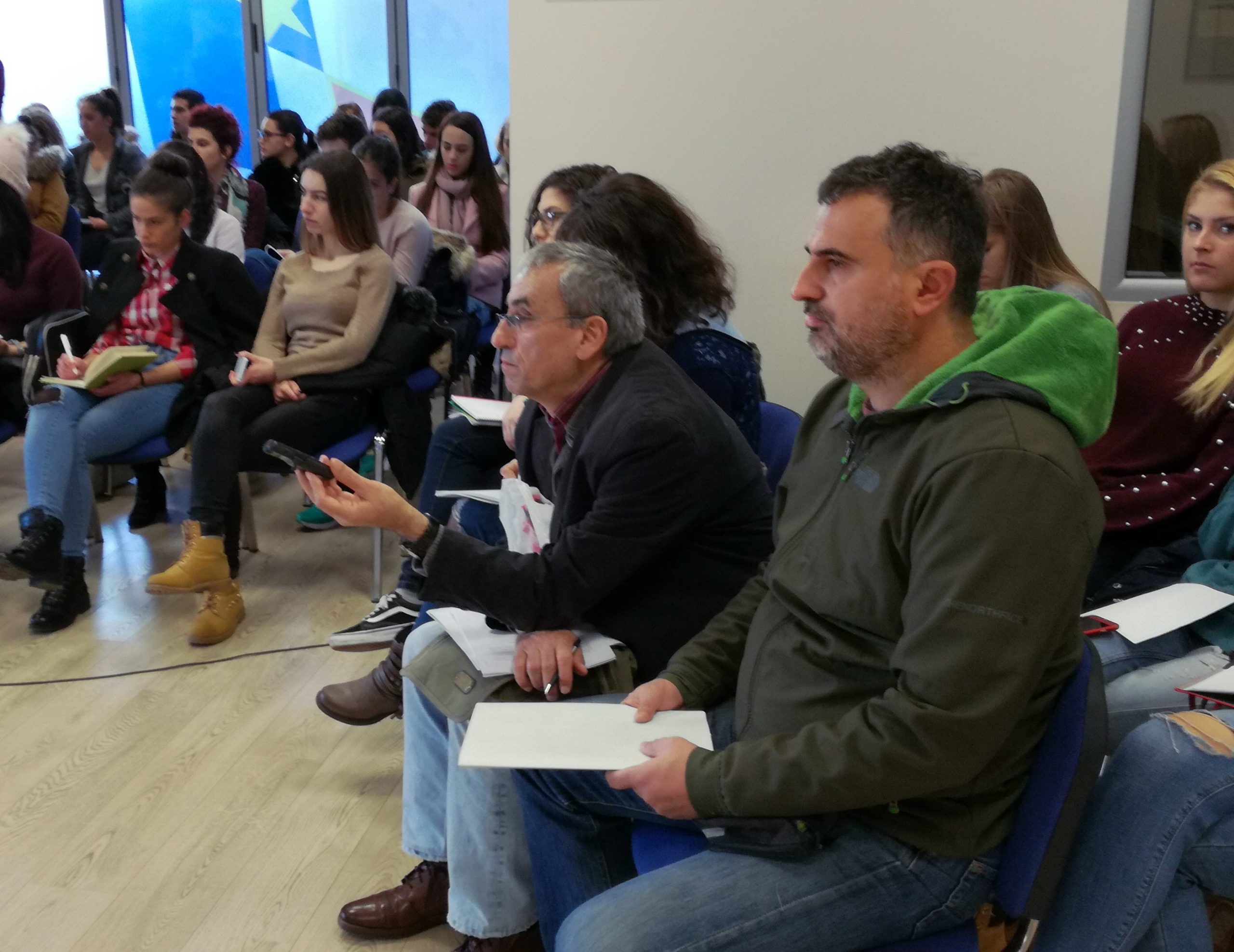 “In addition to having wages below the average in Montenegro, and apart from lacking the opportunity to easily change the environment in which they work, or to move from one outlet to another, and besides not having the opportunity to advance their careers and develop their potential, we have this situation where journalists cannot oppose the influence of the owners and editors, and they cannot refuse to sign their name under those articles and the content distributed to the citizens of Montenegro on their behalf,” Đurović said.

They are therefore proposing that the law should oblige media companies to have a statute regulating their activities and, among other things, to lay down procedures for making certain decisions in the media, where journalists can even give their opinion on the appointment of the editor-in-chief.

The Media Union also proposes that the owners of the media should commit themselves to compensating the costs of legal representatives in court procedures that are directed against journalists, in order to create greater freedom and reduce the level of self-censorship among journalists. 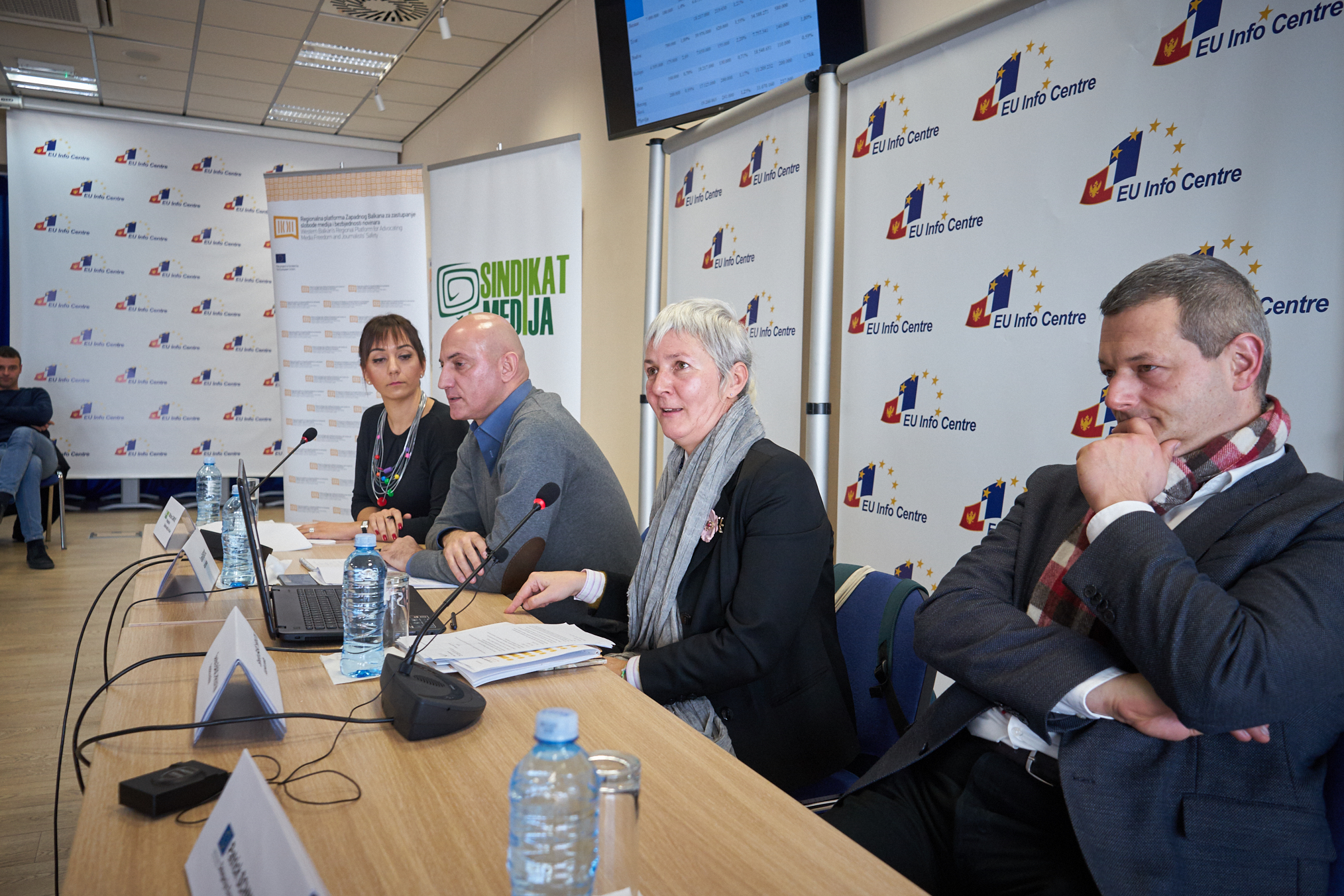 The co-author of the analysis, Sandra Bašić Hrvatin, also noted that the state lacks a strategy of media development.
“The first thing to do, which has not been done for more than 20 years, is to draft a media strategy – this means defining what the state considers to be the fundamental rights of citizens that must be provided in the media sector and in the area of ​​information,” said Bašić Hrvatin.

“Most people think that European directives will take care of the matter. They will not. The problem we are talking about is a matter for the state level. The state is obliged to protect the fundamental rights of citizens to information and the fundamental right of the media to operate in a relatively normal economic environment,” said Bašić Hrvatin.

A representative of the EU Delegation to Montenegro, Patrick Schmelzer, recalled that Chapters 23 and 10 of accession negotiations deal with the issues of the independence of public broadcasters and freedom of speech, which, as he said, is “the heartbeat of the EU integration process”. 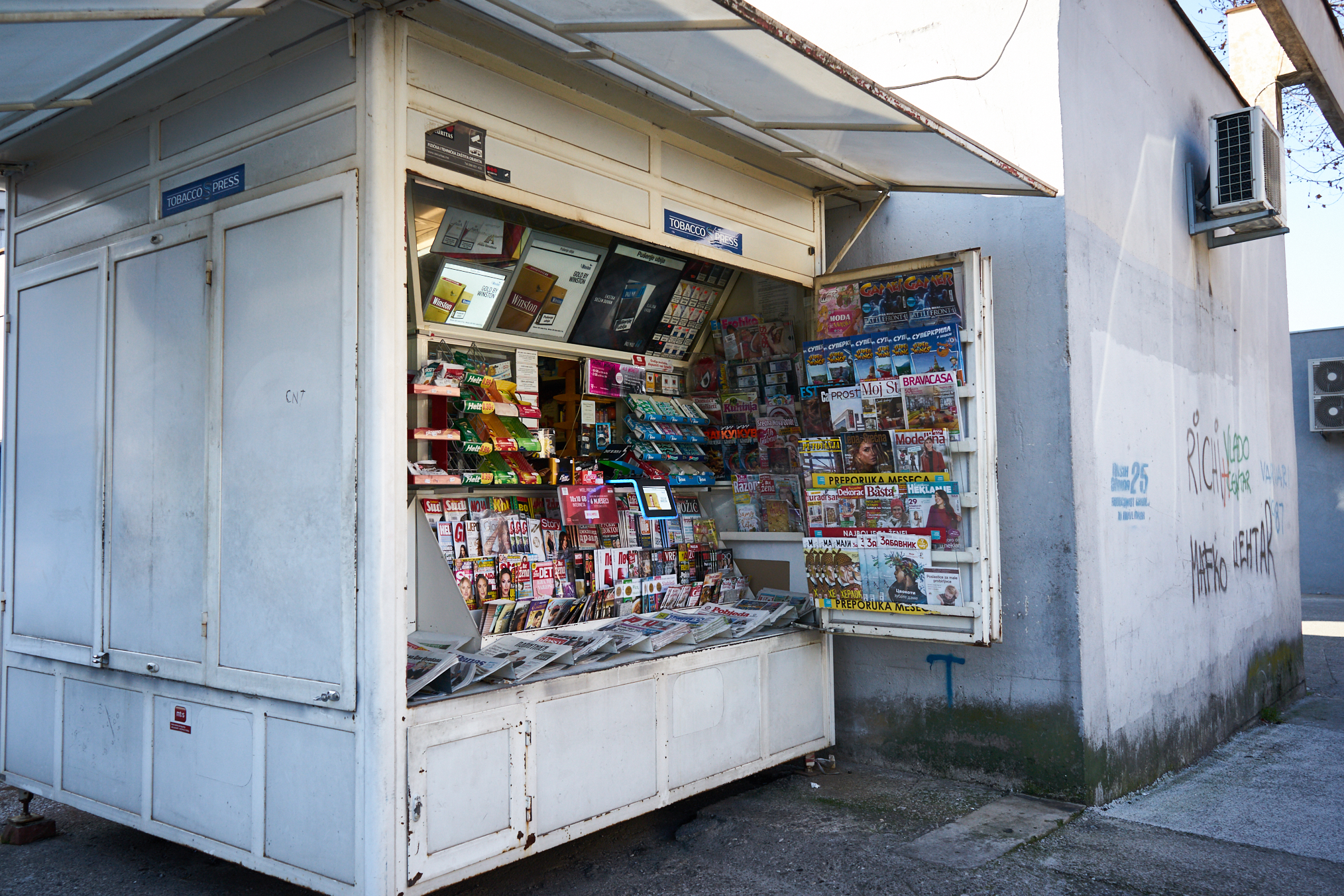