The project “Respect – Advancing respect for ethical standards by the media and respect for ethical media by citizens” was officially launched with a press conference held at the EU Info Centre in Podgorica. Representatives of the Montenegrin Media Institute, the Peace Institute from Slovenia and the Ethical Journalism Network, which are implementing the project, stressed the importance of ethical standards in the media and announced their activities within the project.

The Acting Director of the Montenegrin Media Institute, Olivera Nikolic, said that project will be dealing with media ethics because it is recognised that today’s challenges regarding ethical reporting are enormous, not only in Montenegro, but also in Europe and the rest of the world.

“Ethics is in crisis, and that’s why it is more important than ever. Without respect for ethics, the media will remain without respect and influence, and will cease to be an important participant in social change. The Media Institute accepted this work because of the need to improve the situation in the media in Montenegro, for all those who work in the media, as well as for the citizens to be more satisfied with the media. We hope that all actors will be involved in all segments of our project. The Institute and its partners are open to cooperation, and all ideas, suggestions and constructive criticism are welcome,” said Nikolic.

The representative of the Peace Institute from Ljubljana, Brankica Petković, pointed out that nurturing a free and responsible media is a common goal and that it is good to connect and encourage each other.

“We are bringing a regional, comparative aspect to the debate on ethical standards in the media as a continuation of many years of work on a regional project on the integrity of media systems and journalism motivated and driven by the public interest. We are also transferring Slovenia’s experience from the long-standing Peace Institute programme that has included journalists, managers, citizens, students, civil-society activists and other actors, as well as a constant and necessary consideration of media work and public communication through analyses, public debates and publications,” said Petkovic. 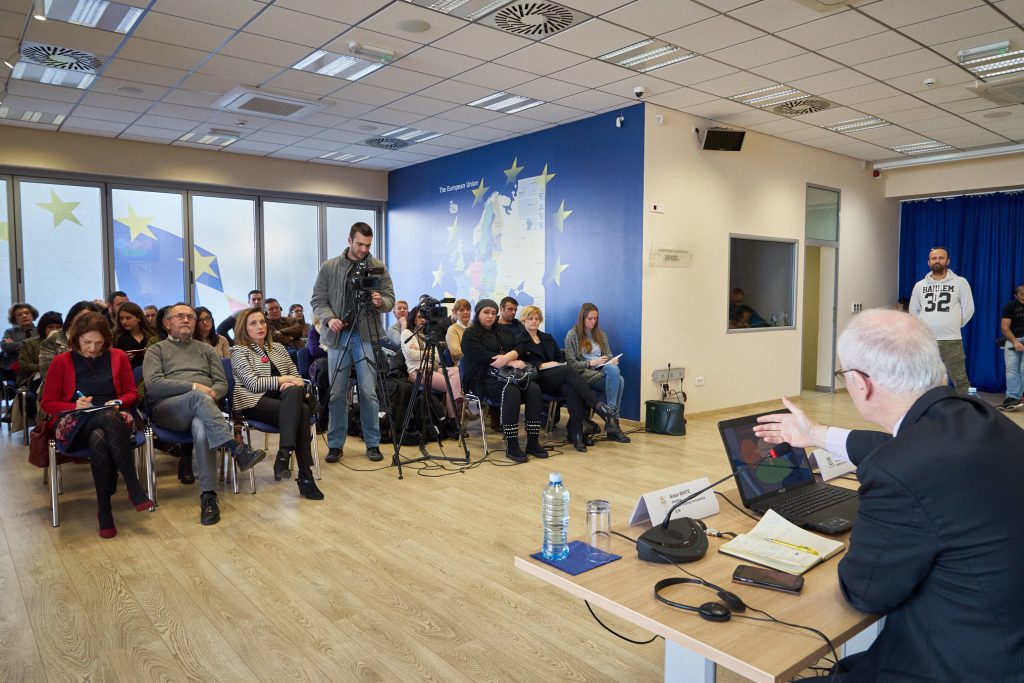 The Director of the Ethical Journalism Network and long-time Guardian journalist, Aidan White, said that ethical standards are a necessary basis on which to build trust for and the credibility of the media.

“Ethical standards are a prerequisite for the future of journalism. The media will not survive if it is not ethical and does not apply standards. We cannot expect citizens to support the media if they do not trust the information they receive,” said White.

He gave a presentation entitled “Ethics – A Precondition for the Future of the Media” in which he elaborated on the challenges that journalism faces today, putting emphasis on the necessity of finding alternative sources of funding for quality journalism.

The Montenegrin Media Institute and its partners, in cooperation with a team of professionals from Montenegro, will conduct a series of mini research projects and obtain relevant information from this area, which will help them to organise a campaign, produce television programmes and other content, and through the participation of established names in the region’s journalism scene, strengthen the belief that ethical journalism is a good investment in the future. The project “Respect – Advancing respect for ethical standards by the media and respect for ethical media by citizens” is funded by the EU, through the Media Professionalism Programme.