PODGORICA, 1 December 2017 – The right to health is a universal and inalienable right. Respecting this right is a prerequisite for achieving the highest standards of health and life for people living with HIV – this was the message of the conference held in the EU Info Centre on the occasion of the World AIDS Day. 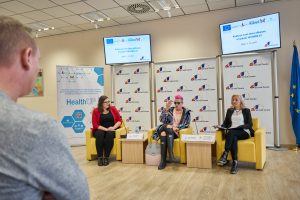 “Right to Health” is the theme of the worldwide campaign marking this year’s 1st December, a symbol of the fight against HIV infection. The Montenegrin Association against AIDS (CAZAS) announced that within its local campaign it has distributed thousands of copies of educational material and condoms, organised lectures and forums for 800 young people, and on 1 December a humanitarian concert will be held, starring the popular singer Tijana Dapčević, who took an active part in the campaign.

“Every 1 December, I have a habit of going and lighting a candle in one of the nearby churches for all the people who have lost their battle with this disease. I had two friends who departed this world because they were sick with AIDS – Vojkan and Boža,” said Dapčević at the conference. 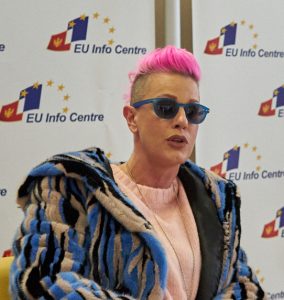 According to her, ignorance is what kills the people who get infected. “We all have a right to health and we all have a right to education, which is terribly important in combating this disease. We are all witnesses that everywhere in the region – not only here, but also in the country from which I come and where I was born – people are living in the Middle Ages. HIV, as such, is a taboo,” said Dapčević. She emphasised that prevention is crucial: “We all know that prevention is the most important thing in the whole story. That ‘rubber’ can save your life. It has saved many lives.”

In Montenegro, HIV infection is present, but, according to Dr Alma Drešević, Director of Health Care at the Ministry of Health, it is under control. She added that Montenegro is a country with one of the lowest prevalence rates in the region, at 0.03 percent.

According to the Institute of Public Health’s data, in 2016, 34 new cases of infection were registered in Montenegro, and preliminary data shows that during this year there were 20 new patients with this infection. The total number of HIV/AIDS patients in Montenegro is 180.

According to the available information from UNAIDS, in 2016 there were 36.7 million people living with HIV in the world. 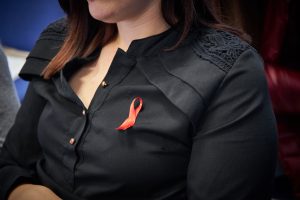 The Ministry of Health warned that the potential for infection and the social factors that are present, which could lead to this infection getting out of control, call for caution and even greater efforts and engagement from the Montenegrin health sector and society as a whole.

After the conference, a panel discussion was held on the effectiveness of measures being taken in Montenegro in controlling HIV/AIDS. Besides the representatives of CAZAS and the Ministry of Health, the discussion included Dr Aleksandra Marjanović from the Counselling Centre for Voluntary and Free Counselling and Testing on HIV, Dr Alma Čičić from the Institute of Public Health and Biljana Zeković from the NGO SOS Telefon. 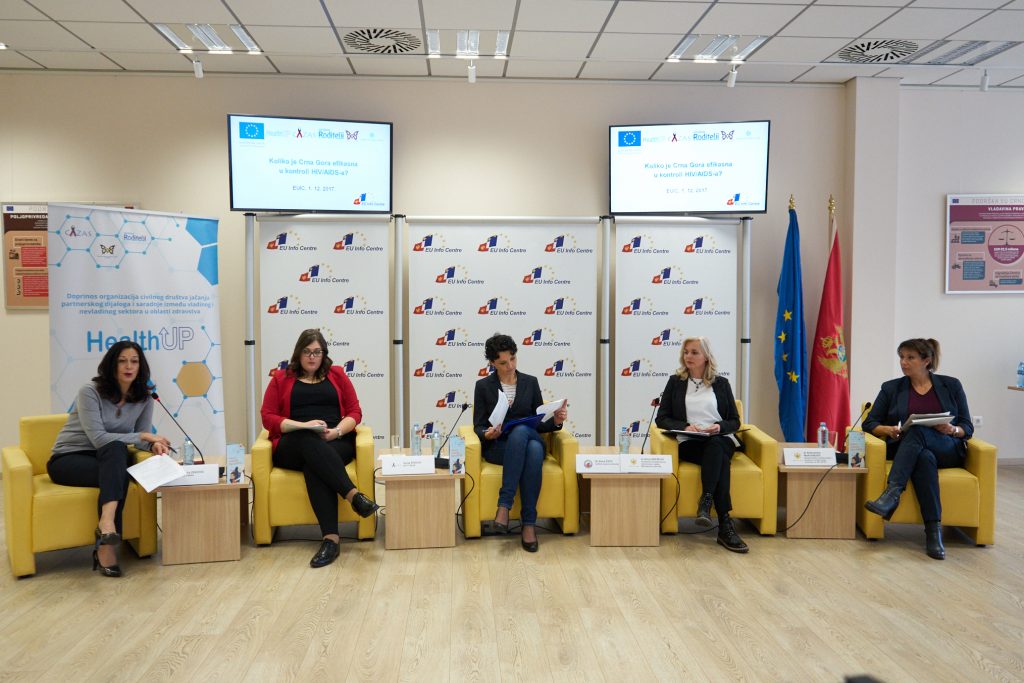 The panel discussion was organised within the project “HealthUP”, aimed at strengthening dialogue and cooperation between the governmental and non-governmental sectors in the area of health care, which is being funded by the European Union.