Podgorica, 9 May – The Delegation of the European Union to Montenegro, in cooperation with the embassies of EU member states, marked 9 May, Europe Day, with a series of festive events in front of the EU Info Centre in Podgorica. 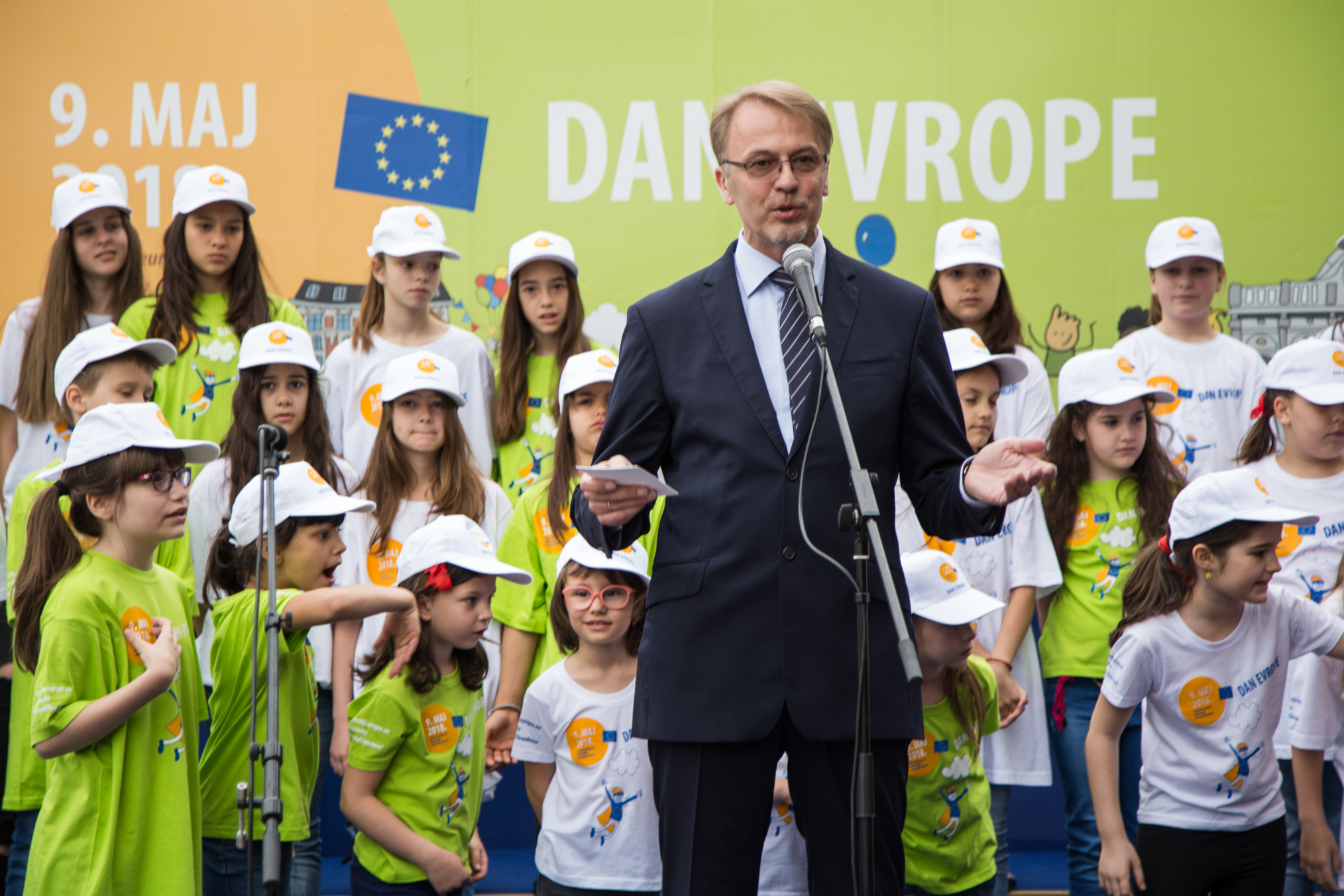 The EU Ambassador to Montenegro, Aivo Orav, said that Europe Day and the European Union were being celebrated as the most successful peace project in the world.

“Today, we celebrate the diversity that makes the European Union so rich. We celebrate peace and unity, democracy and prosperity. We celebrate our common values, our shared belief in democracy, freedom and human dignity, and the conviction that every individual is equal,” said Orav.

“Unfortunately, we cannot celebrate wholeheartedly because a brutal attack on the journalist Olivera Lakic took place last night. This attack is not in line with the values I just mentioned. Whoever did it, whatever the reasons for it, we expect this to be brought to justice as soon as possible,” added the head of the EU Delegation to Podgorica.

The attack on journalist Olivera Lakic was also condemned by the Minister of Culture, Aleksandar Bogdanovic, in a statement to the media. 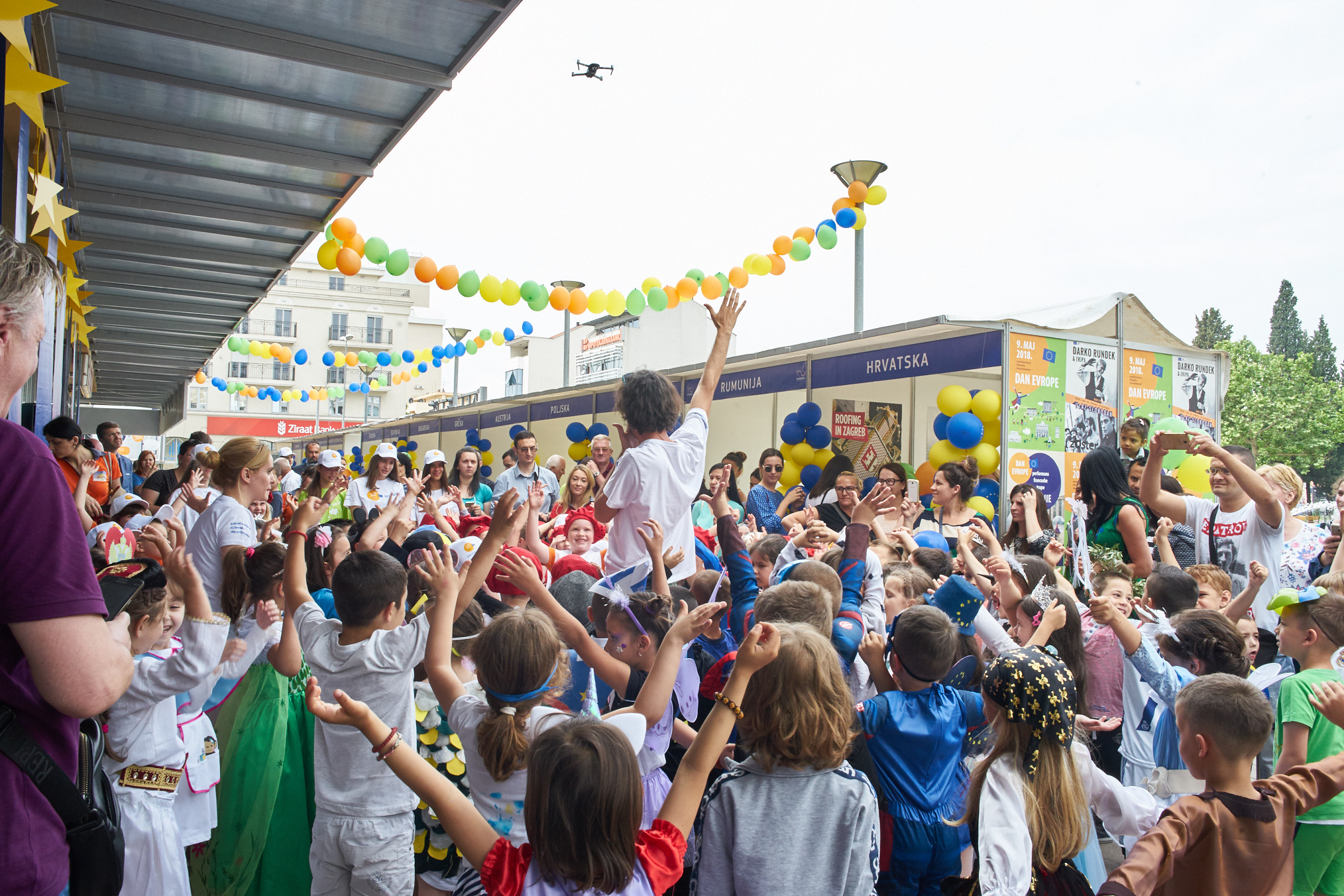 In his statement, Minister Bogdanovic reminded that the European Union had proclaimed 2018 as the Year of European Cultural Heritage and stressed: 9 May as the Day of Europe is of particular importance to Montenegro, because the Montenegrin anti-fascist movement started one of the earliest rebellions of the broad masses, leaving figures on what was, percentage-wise, the largest number of anti-fascist fighters and senior officers in the Yugoslav frameworks in a four-year struggle against fascism. Freedom, solidarity and security, on which the European Union is based, and which symbolically summarises this date, have been embedded in our long-lived duration, based on the principles of multiculturalism, multiconfessionalism and multi-ethnicity.”

The celebration moved to the main city square in Podgorica in the evening hours. The musical group of Zoster and Darko Rundek and his Crew performed in front of several thousand citizens. 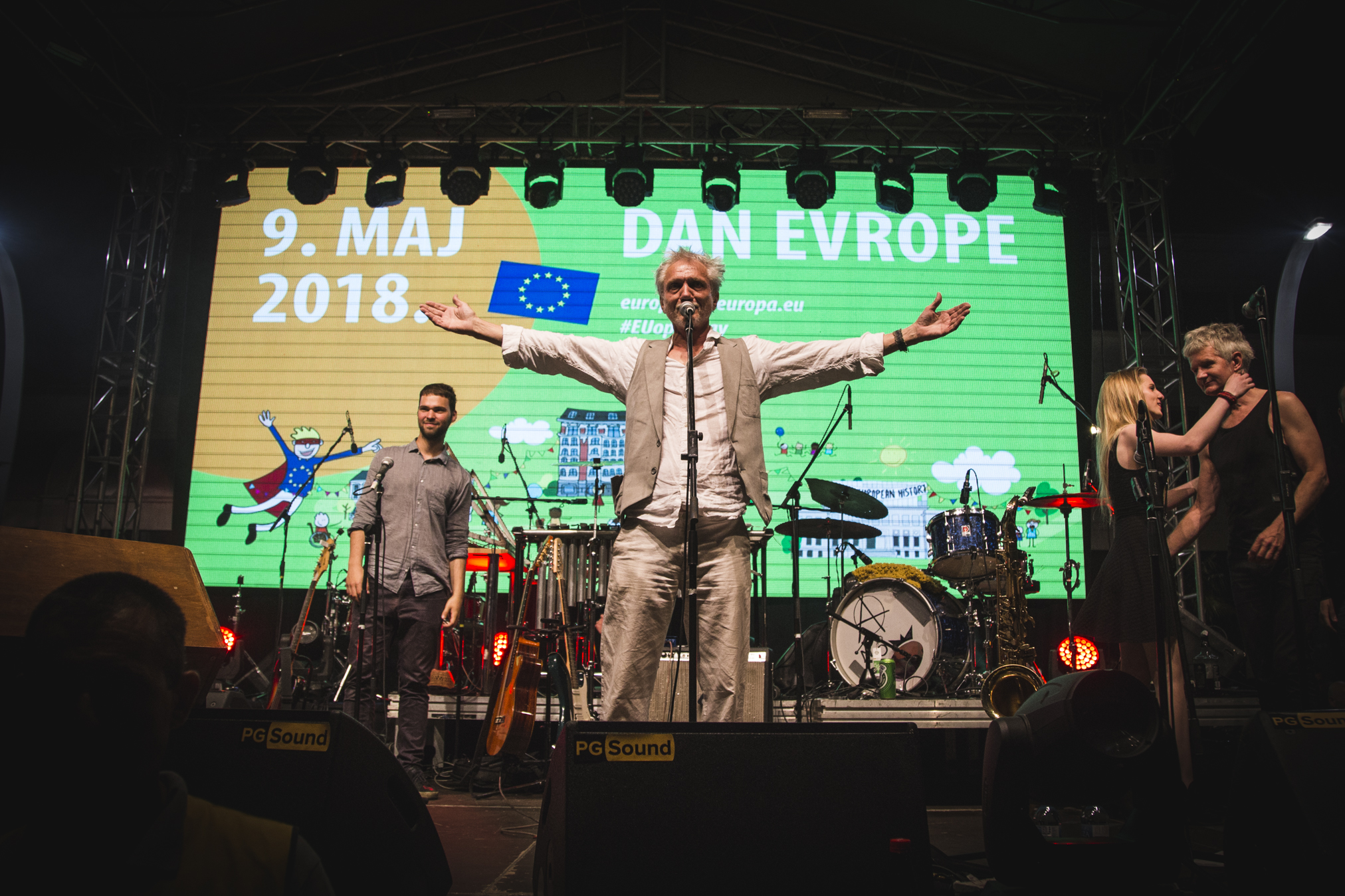 A rich programme was prepared within the five-day celebration for visitors. Pupils from Podgorica’s primary schools showed in the quiz “How much do you know about the EU?” that they are already prepared to join the EU. Jelena Jovicevic, Milica Djokovic and Iva Dragas from “Radojica Perovic” Elementary School took the title of the best experts regarding the EU. 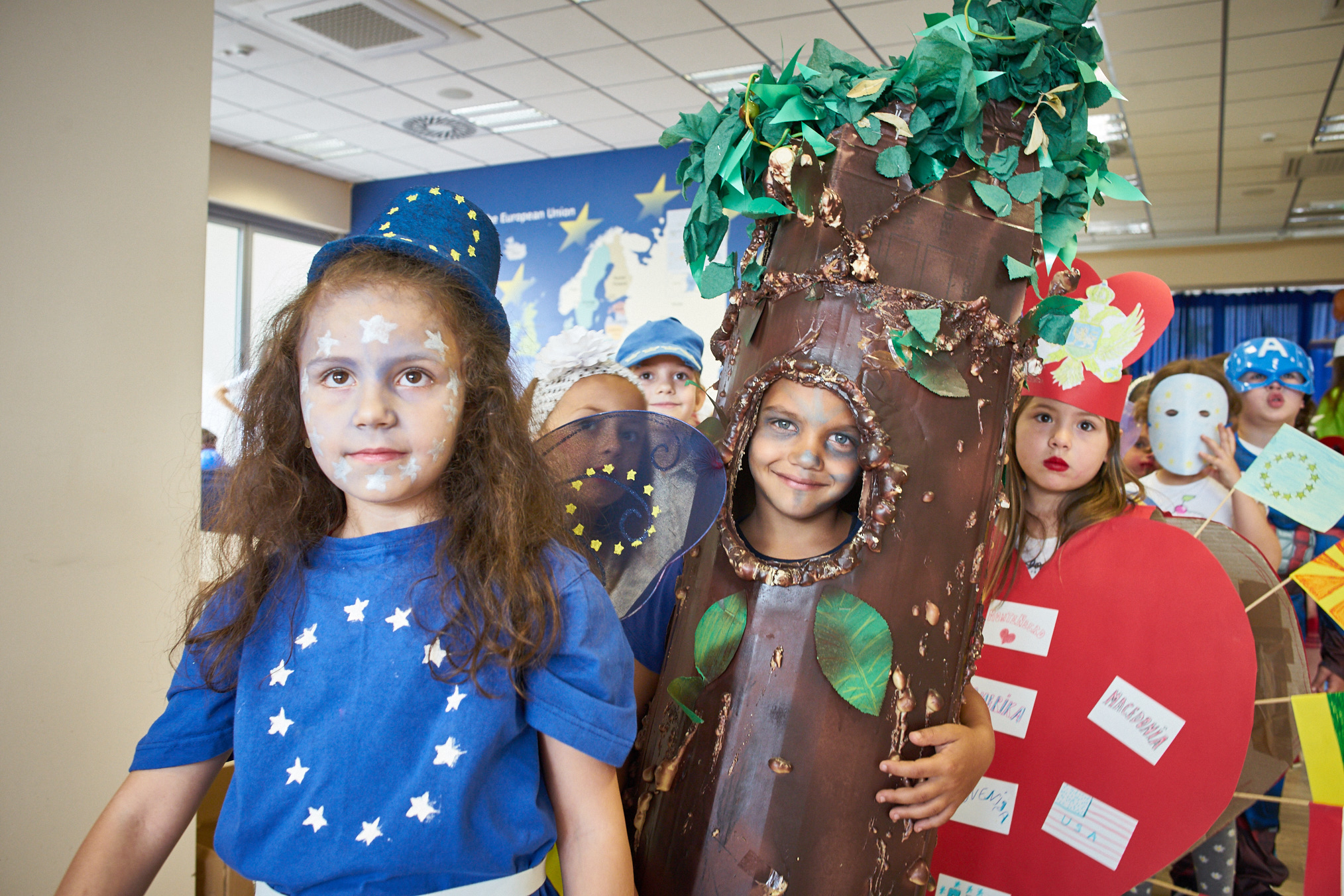 During the ceremony, awards were presented to Nina Kapicic, Nikolina Raznatovic and Vedran Vujisic, the winners of the “Our Cultural Heritage – European Heritage” photo contest. University and high school students from all over Montenegro participated in the competition. The best photographs are on display in the EU Info Centre. 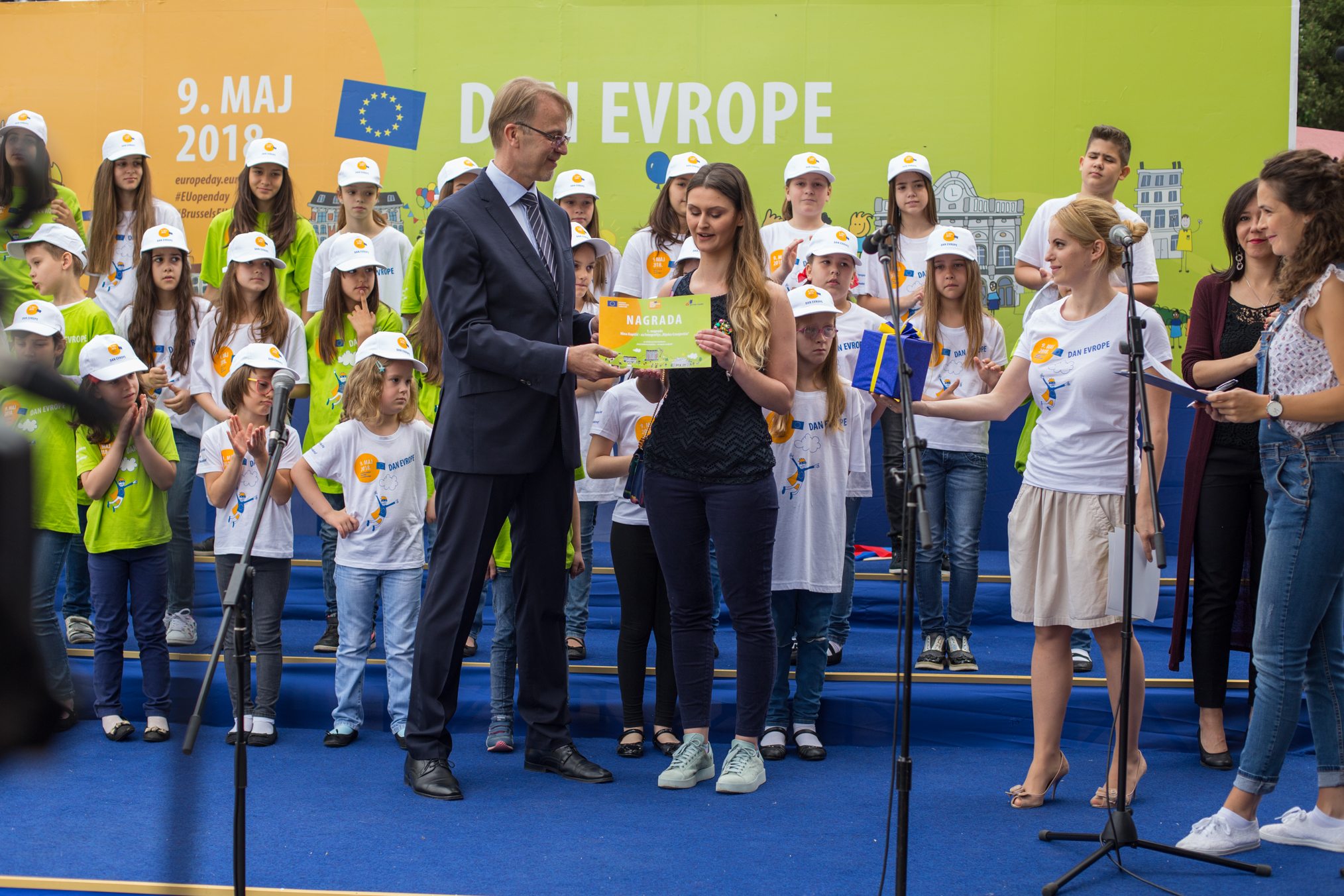 At the same time, in front of the EUIC, the Embassy Fair featuring EU member states was held. On that occasion, hundreds of visitors could get to know the diversity of the EU, feel the spirit of European cultures, taste dishes of the national cuisines of EU member states, and learn something about the cultural heritage of Europe. The following embassies were represented at the stands: Croatia, Romania, Germany, Poland, Austria, Greece, Bulgaria, Slovenia and Sweden. There were also stands for the Ministry of European Affairs, the National Tourism Organisation, the Ministry of Culture and the EU Info Centre. 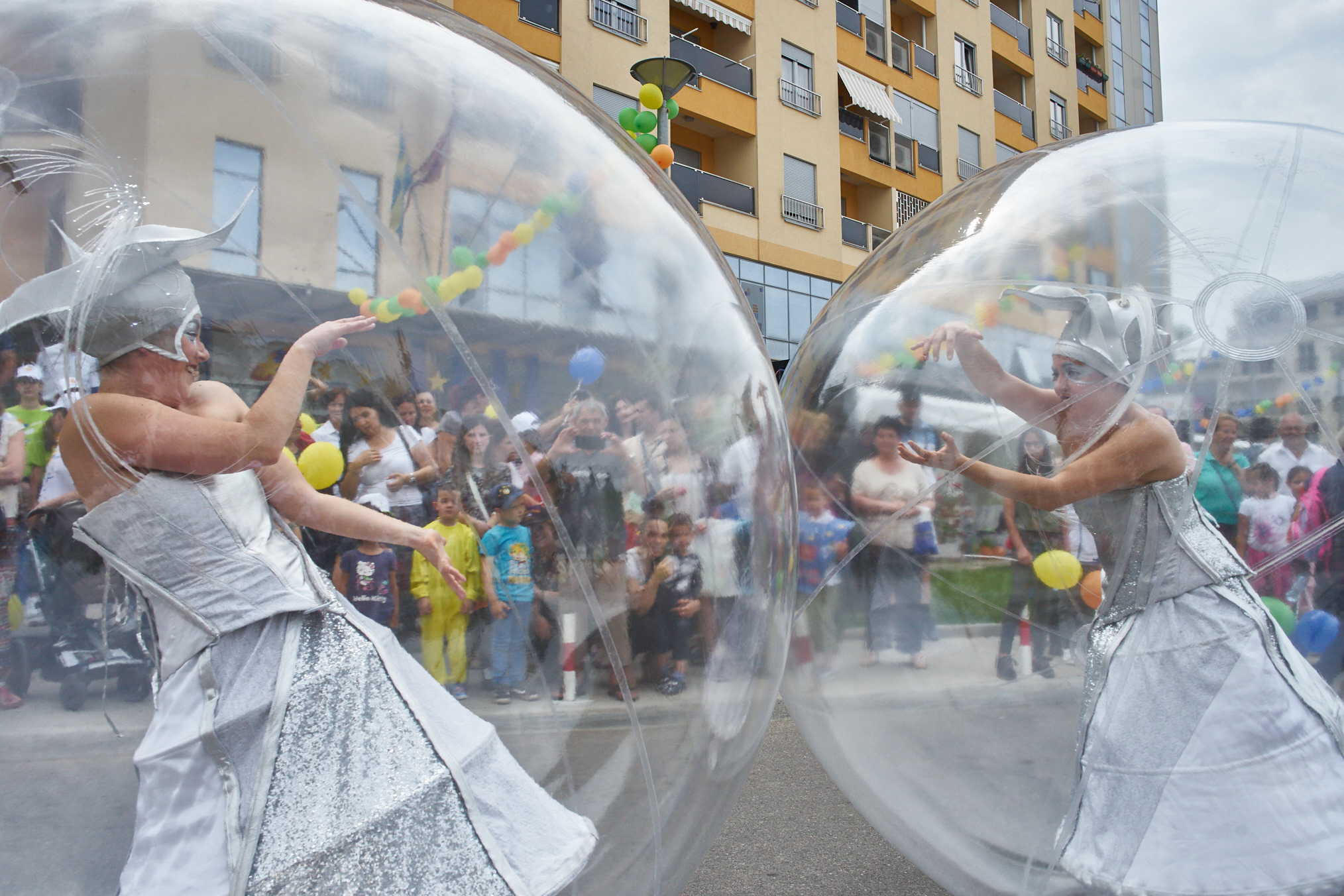 The weekend is reserved for social games. On 12 May, from 12 midday to 18:00 in the EU Info Centre, in cooperation with the Embassy of the Federal Republic of Germany, the Day of German Board Games will be organised.

Europe Day is celebrated every year on 9 May to honour the Schuman Declaration of 9 May 1950, in which the then French Foreign Minister, Robert Schuman, set out his idea for a new form of political cooperation in Europe, which would ensure that war between Europe’s nations would be unthinkable. His vision was to create a European institution that would pool and manage coal and steel production. A treaty creating such a body was signed just under a year later. Schuman’s proposal is considered to be the beginning of what is now the European Union.