Boats on the river Zeta were once the only mode of transportation, indispensable for fishing to the surrounding population. As the decades passed, the number of boats decreased, so the opportunity to ride in one on the river and enjoy the nature became a rarity. That has changed with the support of the IPA cross-border cooperation project “Life on BiH/MNE Border – Ancient Traces of Ageless Heritage and Tradition”. With the funds of the European Union, ten new boats were built on the river Zeta in Manitovac near Nikšić. 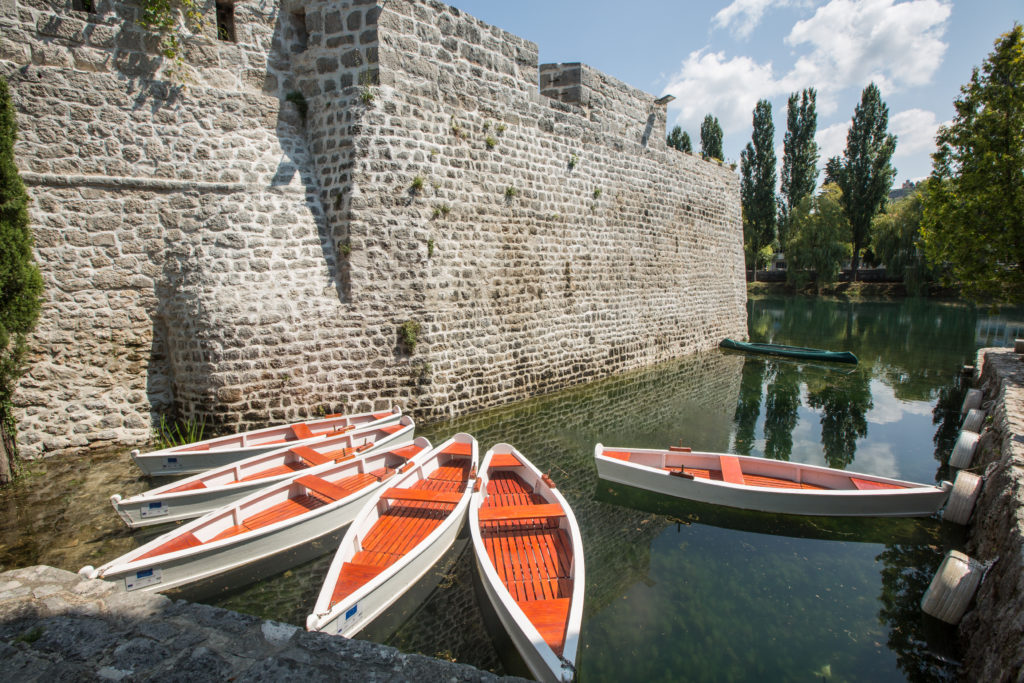 “During these 16 months of the project, we had our hands full. We had to procure the equipment, build a new jetty that did not exist beforehand and ten boats, following the designs of the old ones that were once used on the river Zeta”, explains Slavica Striković from the NGO Women’s Action, a partner on the project.

This is the second summer that people visiting Manitovac can take a ride on these boats on the river Zeta, all for free. “There is interest”, says Miloš Vukotić, the owner of the cafe-park Manitovac. 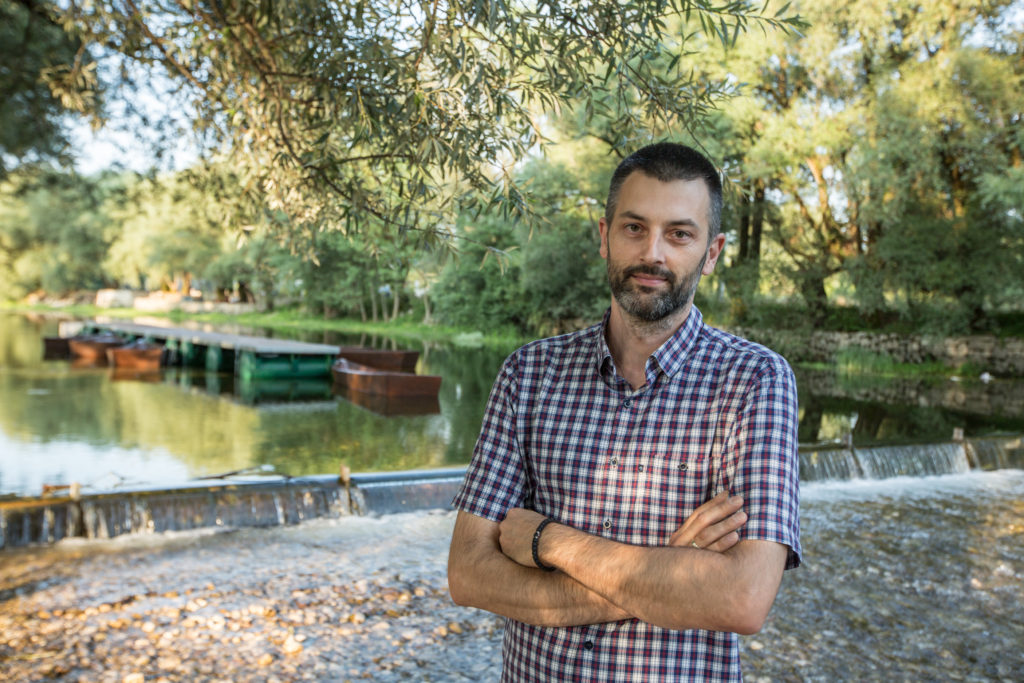 “We are receiving positive comments. People are not used to something like this, they are interested in rides, but they need a little time to get used to it all. We are inviting them to come, they are free to use the boats and enjoy nature, and they will be provided with all the protective equipment.”

The boats are once again on the river Trebišnjica

Just like the name of the project states, new boats are also sailing on the ancient trails on the river Trebišnjica, in the neighbouring Bosnia and Herzegovina. They were constructed following the designs of the ancient boats which were typical for Trebinje. 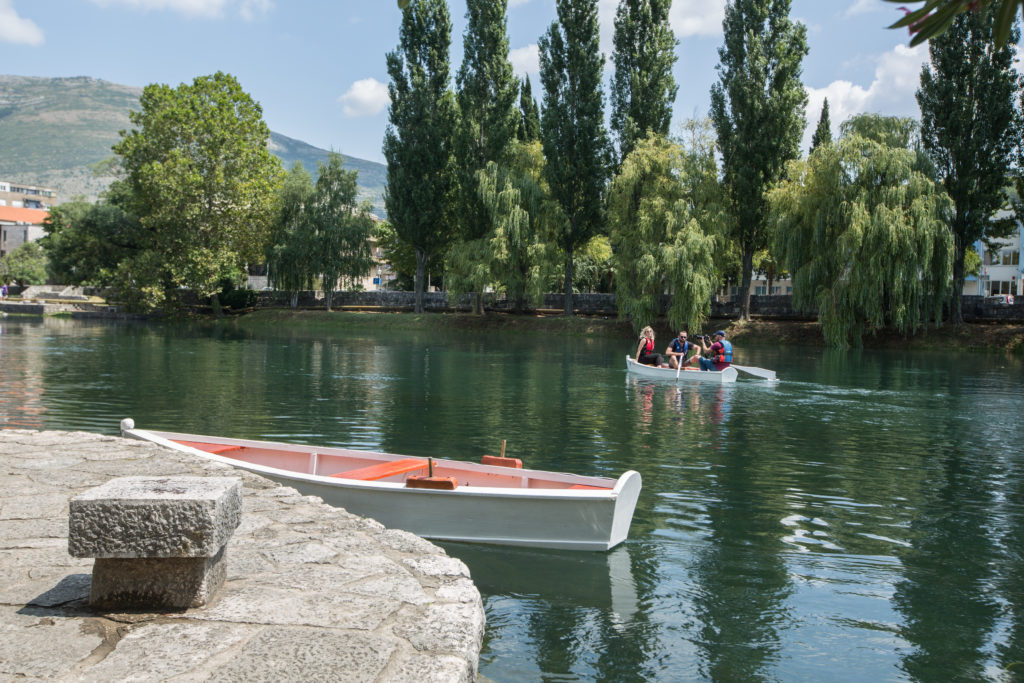 “It is interesting that only one man has preserved the blueprints and only he makes those boats. We managed to establish cooperation with him and offer tourists something interesting and different”, says our host in Trebinje, Miljan Vuković from the local Cultural Centre, which is a partner on the project.

While riding the “old” boat in Trebišnjica, skipper Miloš confirms that there is interest in these boats.

“This is one tradition that has returned to our city, people really loved boats and enjoyed boat rides. Even today, people like to come and reminisce the old days, it is nice for them”, says Miloš while paddling towards the old part of the city.

Part of this cross-border project is also dedicated to preserving old monuments from oblivion. In Nikšić, Plužine, Trebinje and Bileća, 40 locations and cultural-historical sites were mapped, which are presented on the website and boards with QR codes. 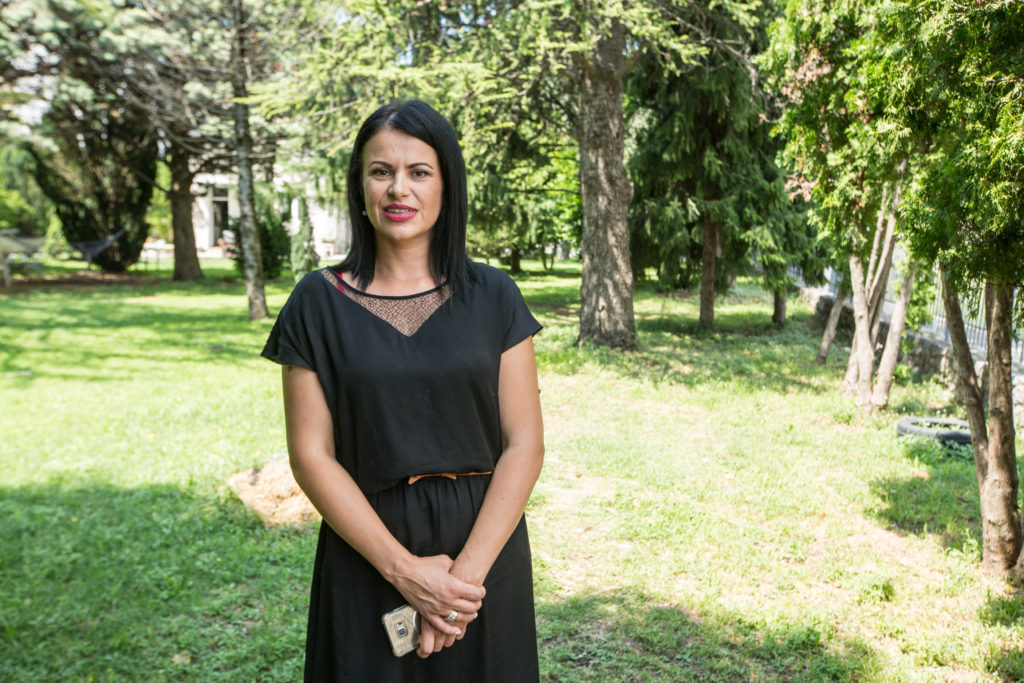 “In Manitovac and Plužine you can find summary tables with all 20 sites in Montenegro. When you scan the QR code, a short story about the monument pops up, in our language or in English, but not as dryly written as it is usually done, but rather with a little touch of poetical expression”, explains Slavica from Nikšić.

Identical boards were placed in the vicinity of Trebinje and Bileća. “These are facilities that have been neglected in terms of tourism, and represent an invaluable cultural treasure of local communities,” Miljan from Trebinje remarked.

The benefits of this project are multiple, and the results are felt the most by tourism workers. 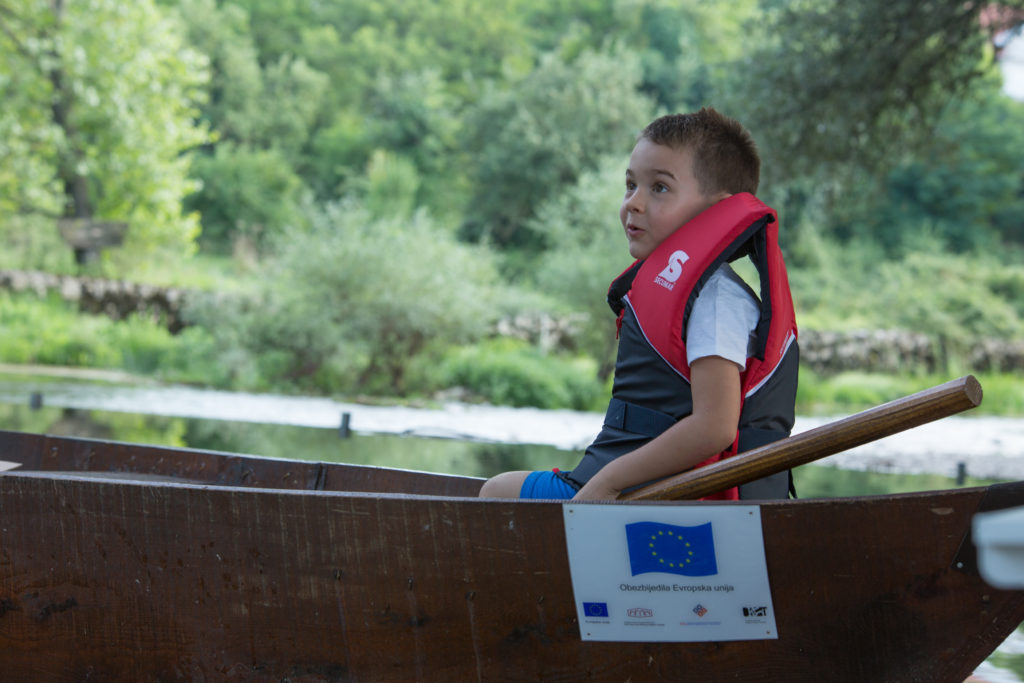 “Such projects are important from several aspects. They connect us with neighbouring municipalities and countries, which is a good thing in tourism, because there are no borders when it comes to tourism and we need to expand the offer to neighbouring cities and countries, especially for tourists coming from larger countries. We are a small region, they need to be offered much more than what one community can”, says Marko Radić, director of the Tourist Organization of Trebinje.

The project Life on BiH/MNE Border – Ancient Traces of Ageless Heritage and Tradition began in January 2018 and lasted 16 months. The total value of the project was 330,000 euros. The European Union financed 85% of the funds, while the remaining amount was co-financed by the Cultural Centre from Plužine, the City of Trebinje and the Cultural Centre from Trebinje. When looking at the current situation on the ground, it can be concluded that the project’s goal has been achieved – it has positively affected the development of tourism, strengthened neighbourly relations and created better living conditions in often neglected cross-border areas. If you are interested in this story, we suggest you try going down the trails of ageless heritage and tradition.

Association of Publishers and Bookstores of Montenegro

Cultural Centre and the City of Trebinje