Following the interesting ecological workshops which were held on 9 May at the EU Info Centre in Podgorica, the Europe Day celebration in Montenegro continued on Friday, 10 May, as well. The Delegation of EU in Montenegro and the EU Info Centre, together with EU member states embassies, organised a European courtyard and traditional concert in the centre of Podgorica.

The European courtyard was organised from 11:00 until 15:00 CET in the centre of Podgorica. A fair was also organised by the EU member states embassies and EU projects in Montenegro, together with an entertainment programme for children. Visitors had a chance to learn more about the history, culture, and joint values of Germany, Romania, Austria, Slovakia, Bulgaria, Slovenia, Italy, Sweden, France, and Greece, but also to enjoy the taste of their national cuisines.

The entertainment programme for children included a concert by students from the music school “Vasa Pavic,” a fashion show made from recycled material presented by students of the elementary school “Bozidar Vukovic Podgoricanin,” a performance by children based on the novel “Grandpa Planted a Beet” which explained how the EU was formed. At the end of the programme, children were dancing European dances together with trainers from local dancing schools. 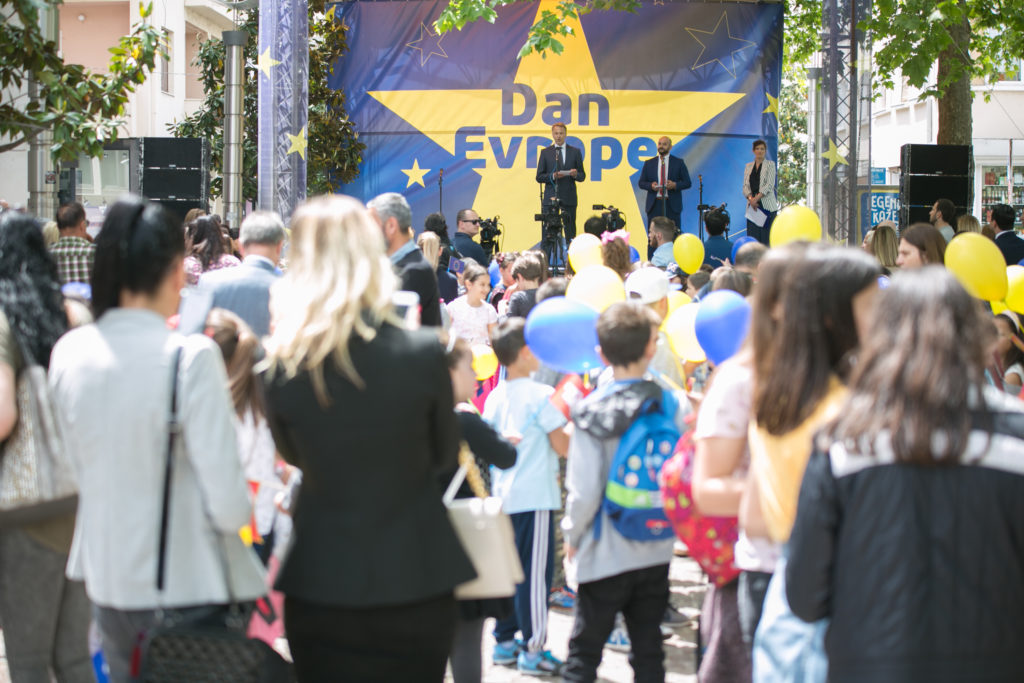 The EU ambassador Aivo Orav, the Minister for Foreign Affairs, Srdjan Darmanovic, and the Mayor of Podgorica, Ivan Vukovic, held introduction speeches during the event.

“It is a great honour to be here with all of you, as we celebrate Europe Day, a date which marks the anniversary of the historic Schuman Declaration. On 9 May 1951, the French Foreign Minister Robert Schuman announced a new form of political cooperation in Europe, which would make war between Europe’s nations unthinkable,” said ambassador Orav.

The Minister for Foreign Affairs Srdjan Darmanovic emphasised that Montenegro belongs to Europe and that the EU membership is its main foreign policy priority.  “With strong support from the majority for Montenegro’s EU accession, the citizens have proven that this process is their choice and the path they want to follow” said the Chief of the Montenegrin Diplomacy.  The Mayor of Podgorica, Ivan Vukovic, said that Montenegro is a leader in the European integration process and he is sure that Montenegro will be the next EU member state.  “That obliges us – as individuals and society – to work every day in order to adopt European values, so we can make our city and country truly European,” said Vukovic.  The celebration of Europe Day continued with a reception in the evening, where Ambassador Orav hosted representatives of the Montenegrin political, economic, cultural, and civil society. 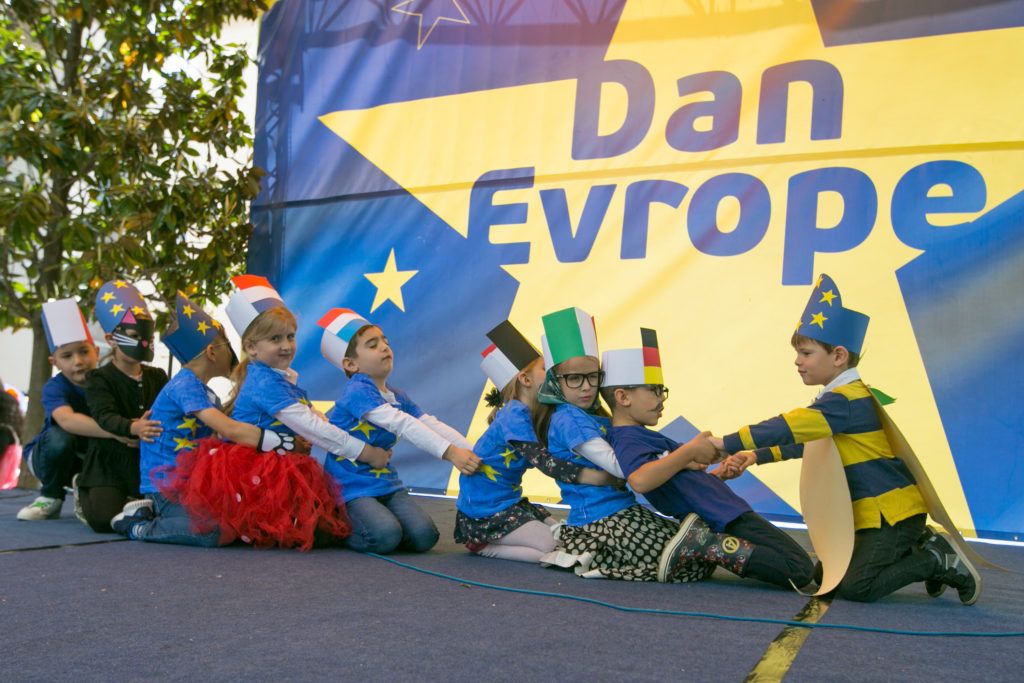 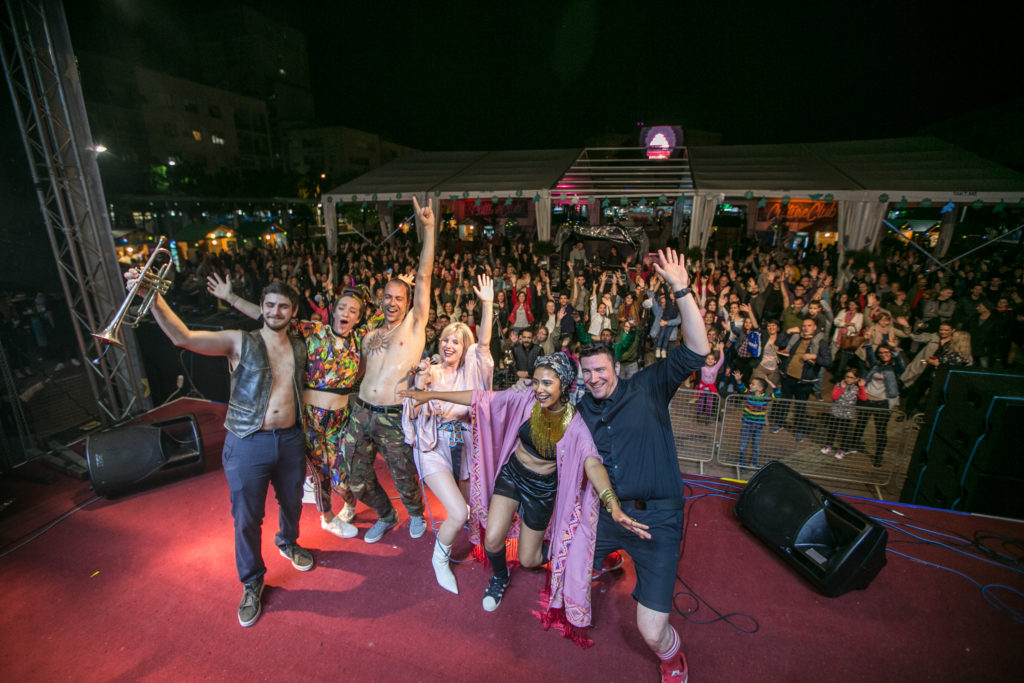 This month, Europe Day in Montenegro will continue throughout the month of May. By the end of May and June, various workshops, lectures, exhibitions, concerts, as well as EU days will be organised in other Montenegrin municipalities. The first event will be held in Kotor, where the EU day is scheduled for 31 May. On that day, the citizens and guests of Kotor will have the opportunity to learn more about the European integration process at the EU Info Desk and within the exhibition of EU projects implemented in Montenegro. In order to maintain the tradition, the EU Delegation will organise a concert on the occasion of Europe Day.

Children learned how to protect nature