What is corona virus, how did it originate and how fast does it spread, why is it important to wear a mask and wash our hands regularly, which vaccine is safe to get and when should we get it? These are questions that the media around the world provide answers to every day, and at the same time, in addition to this they are also fighting the outbreak of fake news. It was the pandemic that once again confirmed how important the media and their freedom are for every citizen, because only accurate and verified information, placed in the right context, can help us overcome this crisis we have been living with for more than a year now.

“On World Press Freedom Day, we pay tribute to journalists, cameramen and all other media workers who, since the outbreak of the COVID-19 pandemic, have been putting their health and their lives in danger every day for the sake of our wellbeing. Professional and responsible journalists fight every day not only with health risks, but also with misinformation that seriously undermines efforts to combat the pandemic. That is why support for professional and responsible journalism is a crucial part of our joint fight for the health of citizens and freedom of expression,” said the Head of the EU Delegation, Ambassador Oana Kristina Popa. 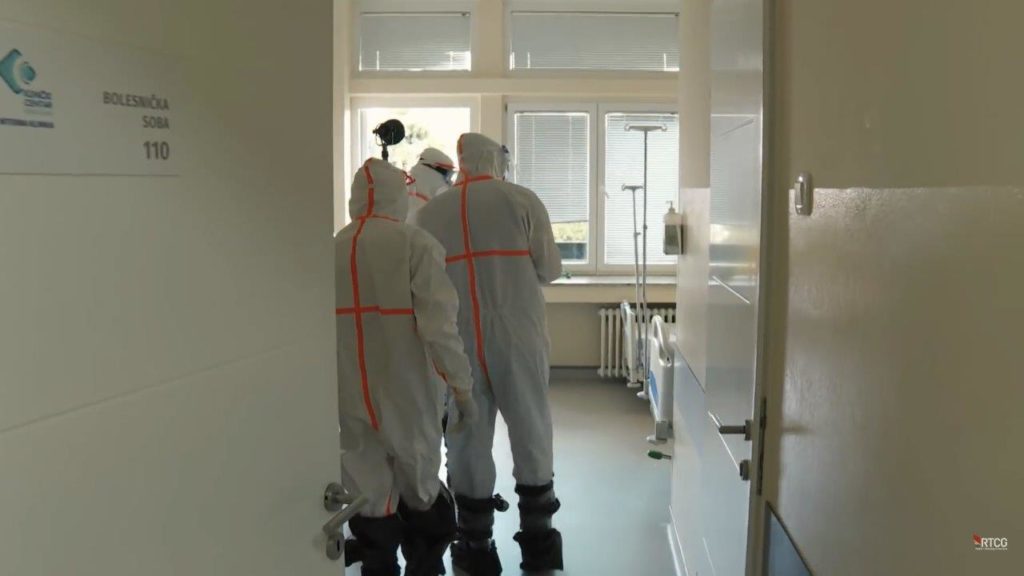 Montenegrin Public Service Broadcaster’s journalist Vesna Terić is one of them. Although she did not report on the epidemic from the field on a daily basis, she says she could not remain immune to a topic that comes once in a century. “I couldn’t allow myself to one day be ashamed of living in a time of pandemic and as a journalist not confronting a topic that was simply screaming at me to commit to.”

At the end of last summer, the situation in Montenegro became more serious every day. The numbers of the infected and the dead grew rapidly, and fear and panic grew in parallel.

“I have noticed that people felt tired of these numbers, that they did not see actual people and their individual destinies behind the numbers, that they were starting to avoid information about the pandemic, that the numbers and constant repetition of one and the same instructions how we should behave, no matter how important, accurate and alarming they were, eventually caused fatigue and did not make people act responsibly,” Vesna remembers her thoughts at the time.

That is why, at the end of September 2020, she decided to do what no one in Montenegro had dared before her – she entered the “heart of the epidemic” and reported from there. Vesna and five of her colleagues reported from the COVID Zone of the Clinical Centre of Montenegro. In those days, director Bojan Popović, cameramen Pavle Kovačević and Andrija Raičević, sound engineer Goran Popović and light master Budimir Bečić were there with her. Before entering the COVID Zone, the Montenegrin Television team, as mandated, had to put on protective suits. 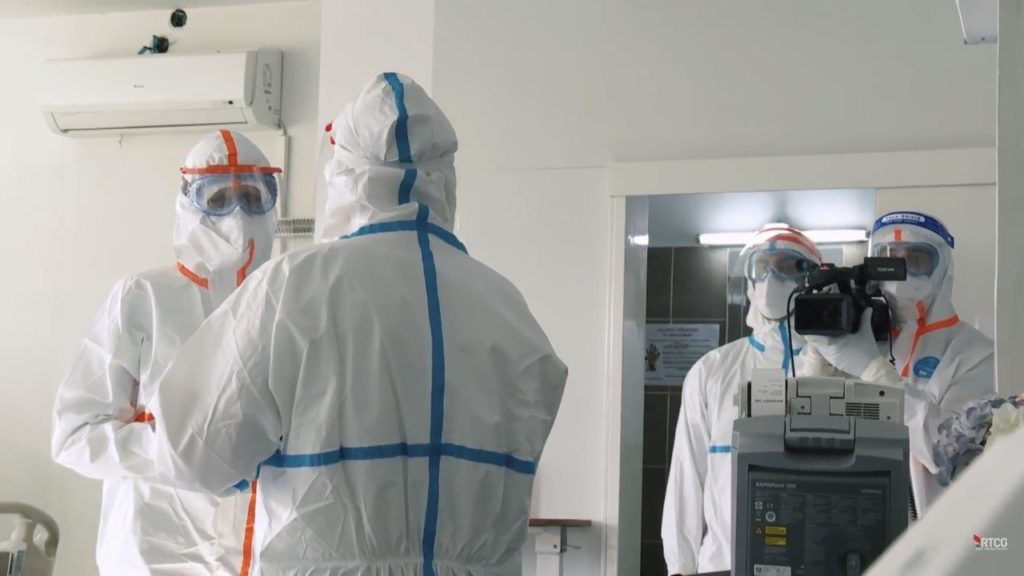 “Within ten minutes, we were soaking wet, we had difficulty breathing, we could not hear each other well, and the sweat that mercilessly poured like a waterfall into our goggles was pinching our eyes, which we were not allowed to even touch. With all that, the dull, monotonous sound of the medical devices, the seriously ill people’s moans and their struggle to breathe, the race of doctors and nurses to help them, those are the images that shall never be forgotten. That is where one’s fear of infection stopped. We agreed that our obligation was to work in the interest of the public and that we have no right to be fearful,” our interlocutor recalls.

Cameraman Andrija told the EUIC that he immediately accepted the colleague’s invitation, even though he was aware of the danger.

“I was mostly motivated by the fact that we will be the first crew in Montenegro to try to convey to our citizens at least a small part of what was actually happening at the Clinical Centre of Montenegro. The scenes we filmed there were amazing, testifying to the horrible condition of the patients, with machines breathing instead of them, therefore testifying to the danger of the virus itself. Those shots also showed the struggle of the medical staff to keep the situation under control and save the Montenegrin health care system from disintegration,” states Vesna’s colleague.

The shooting of this unique report lasted three days and two nights. The team points out that the nights were especially hard, and that some images will haunt them for the rest of their lives. 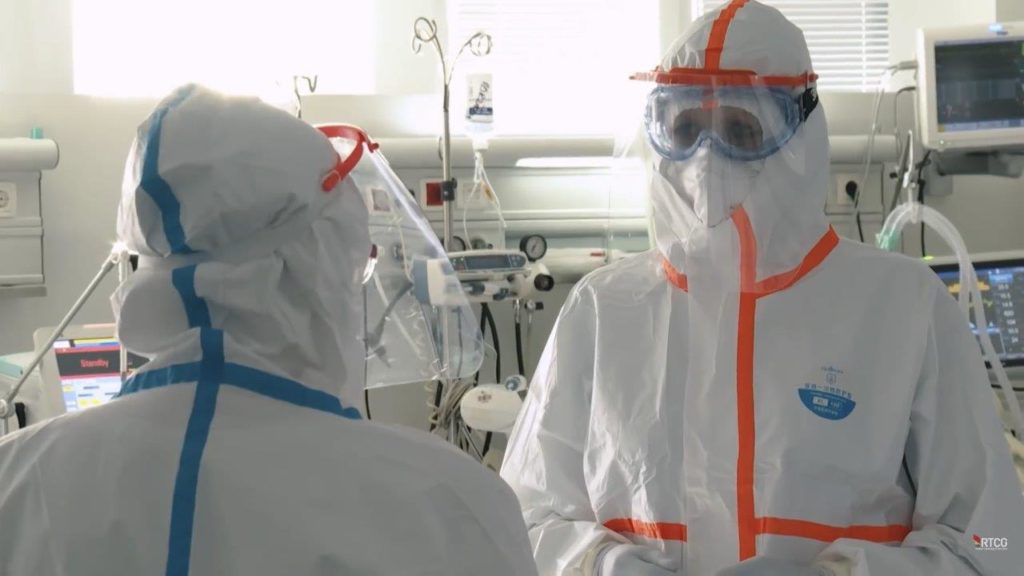 “The most striking and most moving were the eyes of one man, I saw an ocean of pain in them. They watched us incessantly, crying out for help. Unfortunately, not even the doctors could help him, despite their selfless efforts and struggle, yet alone us. He was a young man full of life, who in the end lost the battle with this infernal virus,” Vesna recollects with sadness.

The report was a real shock to the public. For the first time, the citizens of Montenegro could see everything they had only heard about until then, and knew little, some were even suspicious the virus actually existed, but the scenes that this team filmed, conveying the stories of doctors and nurses from the COVID Zone, were not leaving any room for suspicion of the danger that was looming. This was confirmed by the medical professionals, who paid tribute to the team, and invited the citizens to watch the report in order to understand what was really happening.

“The report had a huge viewership, it was shared on social networks, it was talked about and written about for days. It also had an educational character, showing how individual irresponsibility and non-compliance with almost banal protective measures had a price to be paid in human lives. It also helped to raise the level of people’s awareness on the importance and need for individual contribution to the suppression of the epidemic”, states Vesna.

She reminded us of the importance of the role of the media in educating the population, especially in historic moments such as this virus pandemic is. How important it is that media workers, in addition to knowledge, professionalism and will, are also free to do their work. That is why we are especially thankful to them and congratulate them on the World Press Freedom Day.