Trade Union of Media of Montenegro: The Economic situation in the media has become worse, while pressures have increased

The economic situation of journalists in Montenegro has become worse, while the pressure because of the profit and sensationalism have increased –  showed the research „Indicators on the level of media freedom and journalists’ safety,” for the period from September 2017-September 2018, conducted by the Trade Union of  Media of Montenegro. The research involved 136 journalists from 30 Montenegrin media channels. The work was financed by the European Union as part of project “Western Balkans Regional Platform for Advocating Media Freedom and Journalists’ Safety.”

Journalists’ salaries are under state level

About 60% of respondents said that the economic situation of journalists has become worse, especially in the private media. The salaries in the media sector are late very often and they are not high enough, while the bigger issues are related to overtime work and working in the black market, stated Bojana Lakovic Konatar, from the Trade Union of Media of Montenegro during the press conference organised at the EU Info Centre.

„The research confirmed that journalists’ salaries are under the state level. More than a third of respondents have salaries between €400-500, and every third journalist has less than €400 as a salary. Every fifth has a salary between €500-600, and only 12.5% of journalists received a salary higher than €600,” said Lakovic Konatar.

Journalists who participated in the research agreed that the pressure related to the profit is stronger than ever before. Around 63% of respondents shared this opinion.

„The situation is even worse when it comes to the pressure caused by sensationalism. Around 70% of journalists believe that this type of pressure is stronger than before. Because of that, every second respondent said that the credibility of journalism is much lower now,” Lakovic Konatar emphasised.

Over 80% of respondents said that the editorial policy in media has influenced their work. When it comes to censorship, every second journalist answered that this has had an influence on their work. The same number also believe that ethical standards in journalism are lower, while every fourth still strongly argued that standards are stronger now.

Also, every second journalist said that the possibility to be sued because of what they wrote has also had an impact on their work. The Trade Union of Media is not surprised by this number, because courts started 109 cases against journalists during the years 2011-2017.

There is no progress in journalists’ safety, said the president of the Trade Union, Marijana Camovic. From July 2017 until July 2018, police have recorded 9 cases of attacks against journalists, employers in the media sector or their property. The most problematic case is the attack on journalist Olivera Lakic – a case which is still not resolved.

According to the Statistical Office of Montenegro – Monstat, over 1,300 people work in media, among them 800 are journalists. The Trade Union of Montenegro said that Monstat registered a decrease in the number of journalists in 2017. 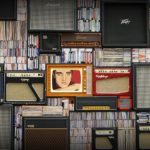 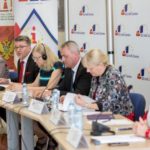