The Ministry of Labour and Social Welfare organised a closing ceremony and a press conference at the EU Info Centre on the project “Towards the EU Rules on the Coordination of the Social Security System.”

The Labour and Social Welfare Minister, Kemal Purisic, said the project’s goal was to fulfil the activities under Chapter 2, i.e. to support the efforts of Montenegrin institutions to build the capacity for the effective coordination of the social security system when Montenegro joins the European Union.

The Deputy Head of the Cooperation Sector at the EU Delegation to Montenegro, Audrone Urbonaviciute, said that the freedom of movement of workers, goods, services, and capital is one of the four fundamental freedoms on which the European Union was founded. The most obvious is, as she said, the possibility for EU citizens to travel and work wherever they want in the Union.

“The goal of this freedom is to abolish any discrimination on the basis of nationality between workers of the Member States in terms of employment, compensation, and other conditions of work,” clarified Urbonaviciute.

Urbonaviciute said that the freedom of movement contributes to the prosperity of all EU citizens, to new jobs, and it strengthens the growth and efficiency of the European labour market.

“The EU has made significant efforts to encourage an environment conducive to worker mobility, including the establishment of the European Health Insurance Card (EHIC) and the adoption of the Cross-Border Health Directive, so that medical costs can be compensated for by citizens during a temporary stay in another Member State. EHIC is one of the most visible benefits for European citizens, ” explained Urbonaviciute. 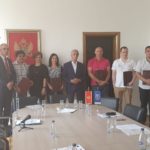 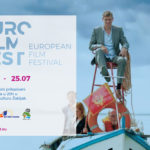