The “Yes You” crew at the Association of the Blind

The youngest team members from the “Yes You” crew: Jasmina Berisa, Marija Tomovic, and Filip Cupic have organised a seminar called the “EU stuff.” The team organised an all-day socialising activity for young people through different types of games and learning. They were guests of the Association of the Blind and were taught Braille.

As they stated, “already upon entering the premises of the EU Info Centre, it could be felt that these are fifteen young people who are eager to talk, learn and socialise. We sensed that we have a big task and obligation to respond in the best possible way, as is expected of us.” 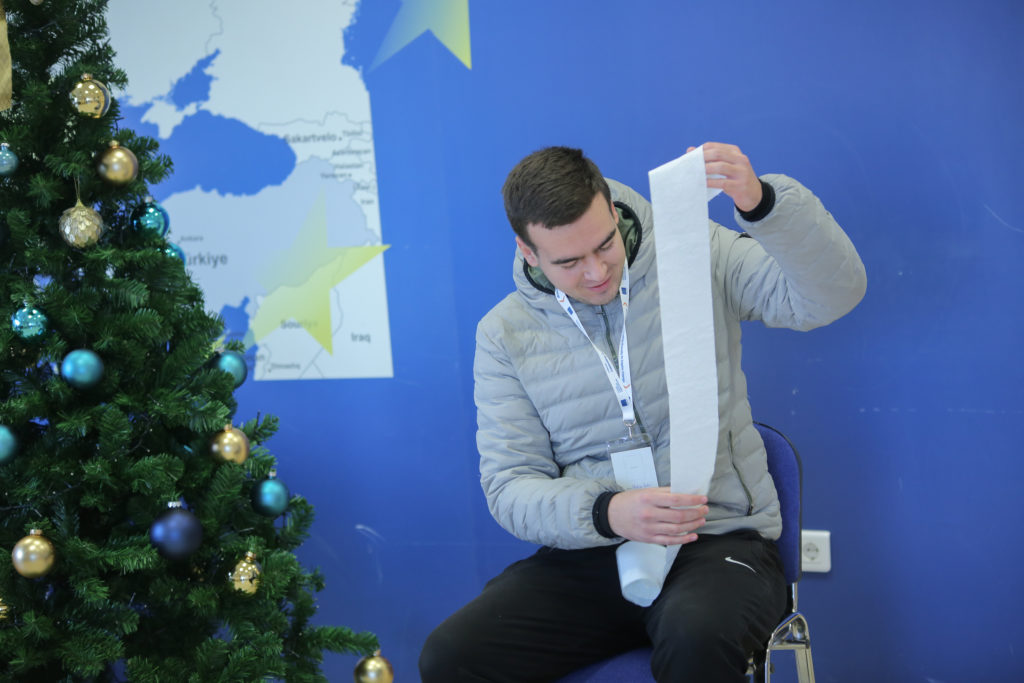 The team and the participants of the workshop did not get to know each other in the classical way. They met using a roll of toilet paper.

“Primarily, the participants did not know the goal of this method of getting to know each other. Namely, they should have imagined that everyone is on a desert island and that they only need to share ONE roll of toilet paper. You can imagine how the encounter took place,” stated Jasmina, Marija and Filip.

Getting acquainted, however, was not the goal of the game itself. What the participants of the workshop had to do was to reveal as many facts about themselves as the paper sheets they took. There was a lot of laughter and positive energy during that moment, and the first step was certainly completed (some even said more facts about themselves than they could have imagined). 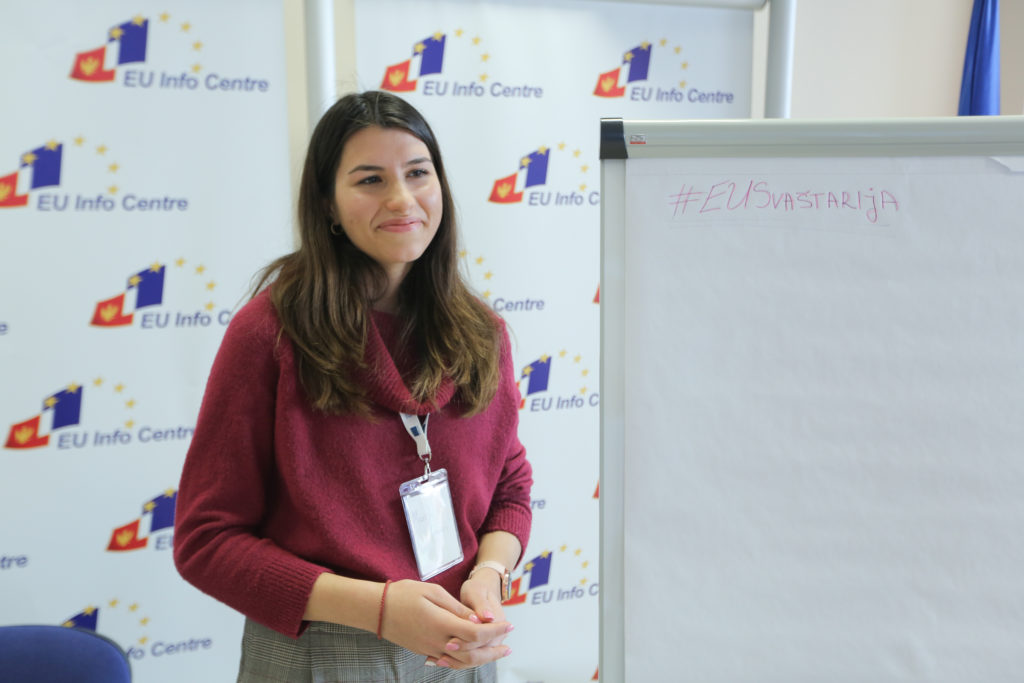 The introduction was followed by an EU quiz prepared by the “Yes You” crew. For the seminar participants, this served to test them in all EU-related areas. The winners of the quiz received prizes, however, the remaining participants were not neglected. At the end of the quiz, EYCA cards and promotional materials were distributed to everyone, giving them opportunity to find information about the possibilities that the EYCA card provides.

After that, the team moved to the premises of the Association of the Blind. The good hosts introduced the work of that organisation and held a two-hour Braille course. They taught them the basics of using Braille and trained everyone to write their name in Braille, which they did.

After a successful workshop at the Association of the Blind, the “EU stuff” continued with socialising, which included pancakes and hot chocolate at the EU Info Centre. Every success should be rewarded, said Jasmina, Marija, and Filip with a smile at the end of an interesting day organised by the “Yes You” crew. 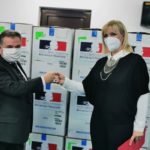 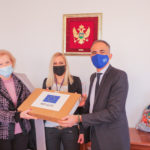