The online game “EU in the palm of your hand,” which was launched by the Delegation of the European Union to Montenegro and the EU Info Centre at the end of June, attracted a lot of attention. In just seven days, the game was played by 5,245 people, with some of them shared their impressions with us.

“I played it a million times. It is interesting, educational, and even my children played it,” wrote Milica Radenović.

“Great game! Is it available in other languages, ​​as well?” Vladimir Gjorgjevski asked.

Around 1,779 competitors qualified for the awards, showing an enviable knowledge of the European Union and its member states. The weekly prizes consisted of two vouchers for a holiday worth of €400, which are realised in cooperation with the campaign “Summer at home” and ten packages of domestic products Sjever.me (prizes funded by the EU in Montenegro). To apply for the prize, you need to win at least 25 (package), or 30 or more points (voucher or package). The names of the winners of the first-round prizes were drawn during a live broadcast on Facebook. The  packages for the homemade food by Sjever.me were awarded to:

Petar Milikić from Berane and Božo Čović from Ulcinj were the luckiest, winning holiday vouchers worth €400 euros. Petar has already chosen to spend a weekend in Perast with his friends, while Božo plans to spend the summer in Budva in August. The next draw is announced for Wednesday, 15 July. Visit www.eunadlanu.me to try your luck and prove your knowledge! 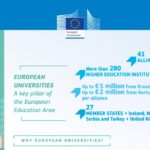 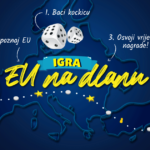