Podgorica, 20 November 2017 – More than half of Montenegrin journalists believe that their economic situation has weakened considerably in the last year, and it has improved significantly for only 6% of them, it is shown in a study titled “The Indicators of the Level of Media Freedom and the Security of Journalists”, presented by the Montenegrin Media Union in the EU Info Centre. 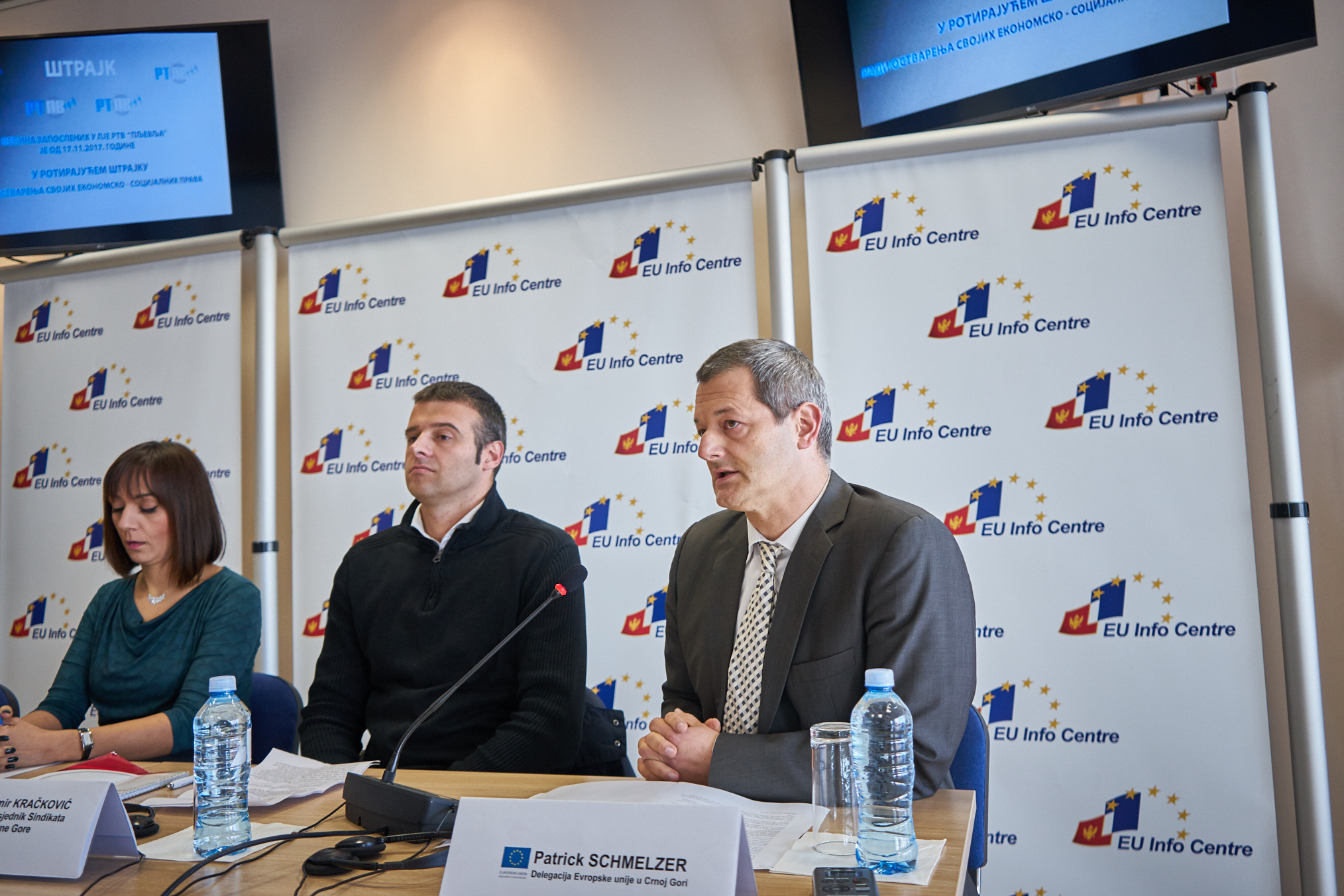 “Freedom of expression and of the media make up one of the European Union’s fundamental values and a crucial element of Montenegro’s EU accession process. An independent, pluralistic and strong media are the cornerstones of any democratic society, as was underlined at the EU–Western Balkans Media Days conference in Tirana,” said Schmelzer.

One of the authors of the report and the president of the Media Union, Marijana Camovic, said that the survey, which was conducted for the purpose of research, showed that the earnings of journalists continue to be substantially less than the average salary at the state level, and that more than half of the respondents (54.7%) receive less than €500 per month. The spotlight was put on MONSTAT’S data showing that the number of media employees had increased by 130 in 2016. 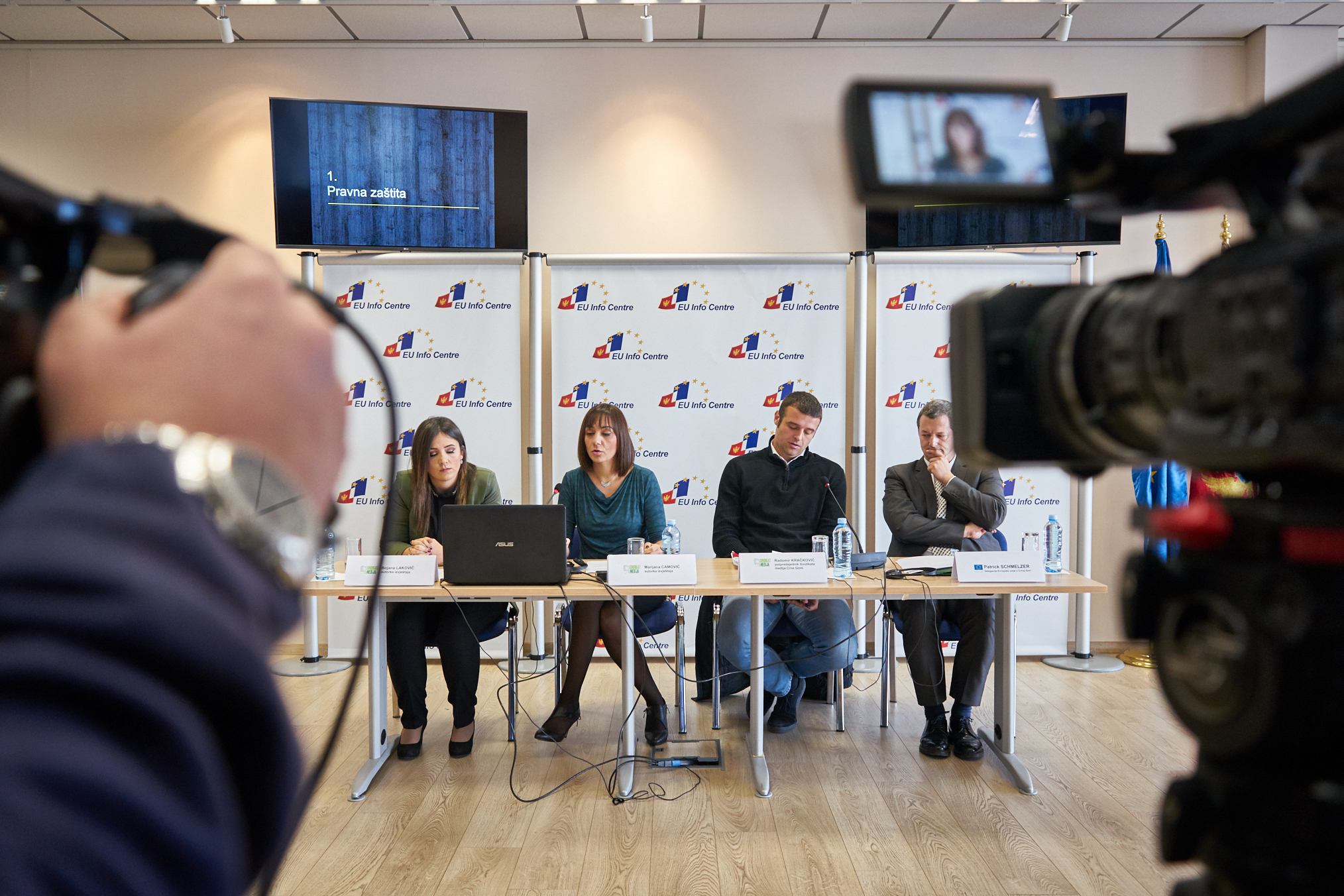 “According to the data provided by directors, there were 11 leading media outlets last year, who employed only 39 people, and it remains unclear how MONSTAT came up with the figure of 130,” said Camovic.

Camovic also presented data on cases of attacks on journalists. From September 2016 to mid-July 2017, seven such events were recorded at the Police Directorate, and most of them were classified as offences.

Bojana Lakovic, who is also an author of the report, said that the bad economic position of journalists in Montenegro is reflected in the fact that 31.3% of respondents were forced to do another paid job as well, which is a 13% growth compared to the previous year. 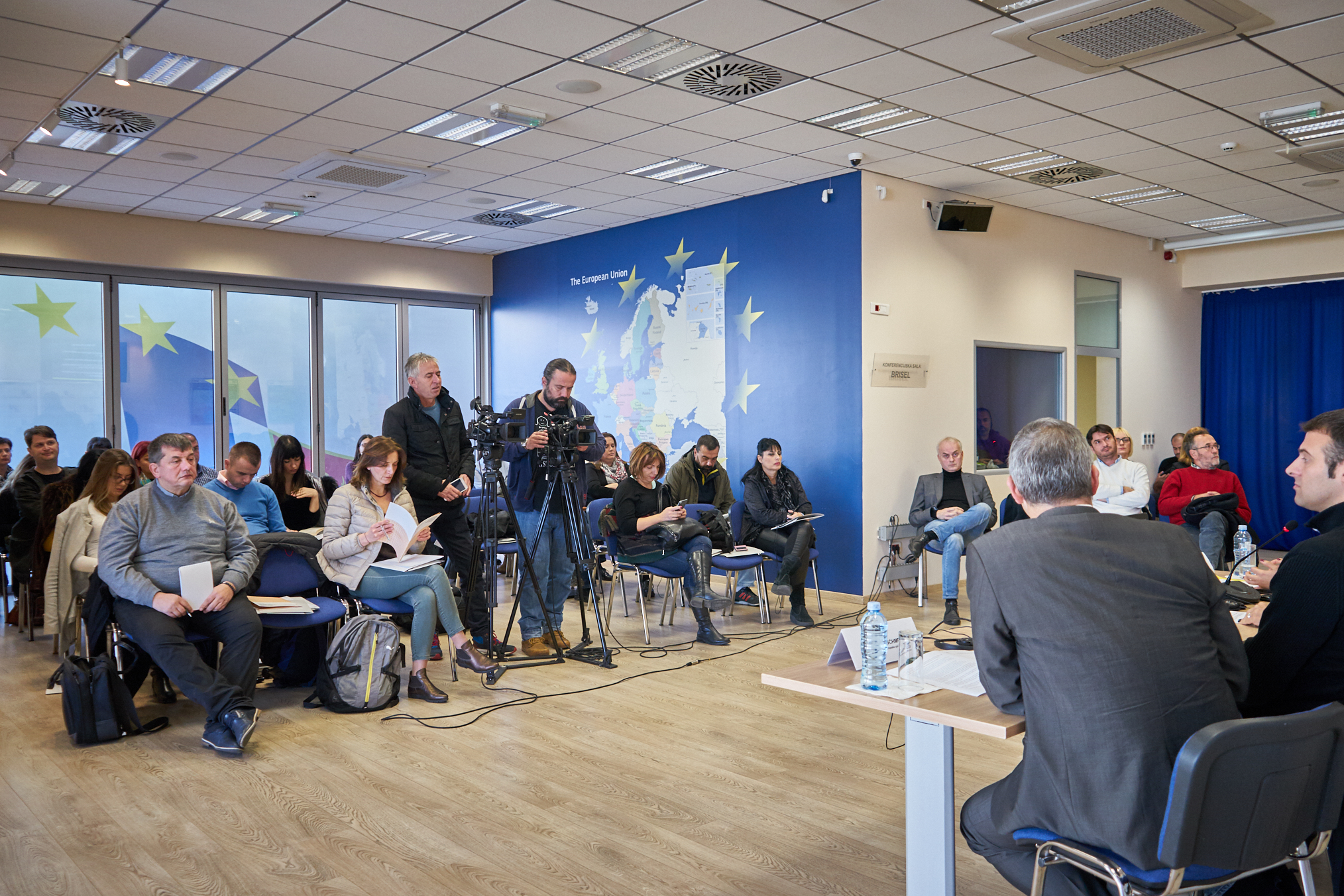 Lakovic announced that almost 8% of journalists have the status of contractor, while about 11% of respondents are employed on a temporary contract. Also, more than half of respondents claim that their economic situation worsened compared to last year.

“In addition to their economic difficulties, journalists also face problems when dealing with their professional status in editorial offices in their everyday work. More and more of them are overworked, especially because of the insistence that a journalist cover several areas and do other jobs,” Lakovic pointed out. 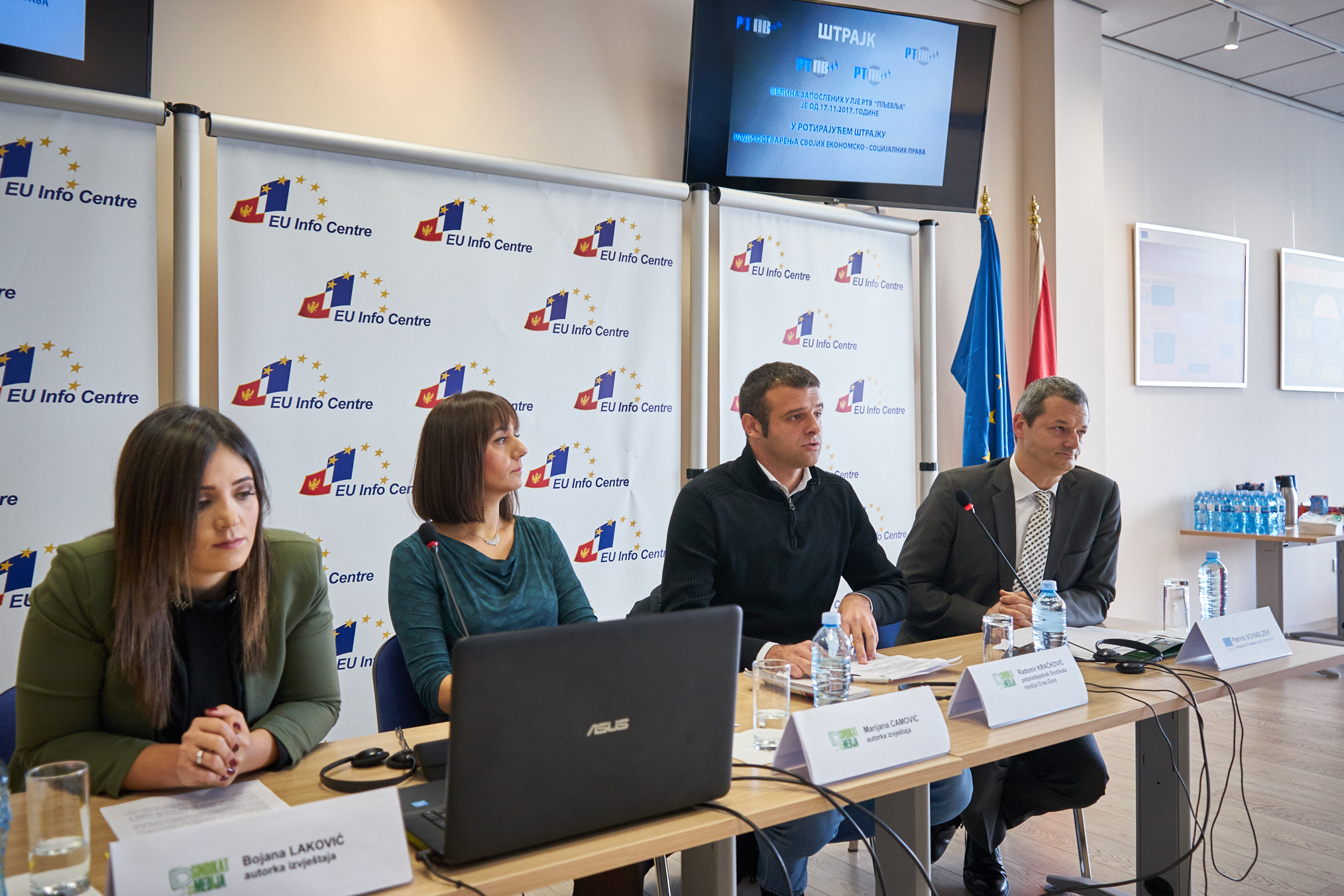 The research has also shown that the pressures to come up with sensational news stories are increasing. Lakovic said that in some media companies journalists face self-censorship, in the sense of knowing which topics can work and which interlocutors the editors prefer. According to the survey, media owners are increasing their influence over the work of journalists and that some politicians and businessmen are in a privileged position due to their closeness with the management of some media outlets.

The vice president of the Media Union, Radomir Krackovic, said that in some segments the media situation had worsened, and one of the most drastic examples is the employees at Radio Television Pljevlja, who went on strike because they were owed five months’ wages.

The research is part of the project “Regional Platform for Advocating for Freedom of the Media and Security of Journalists in the Western Balkans”, realised by the Media Union in  Montenegro and five journalists associations from the countries of the region. 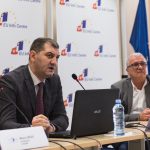 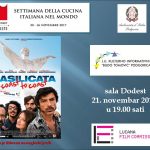