The European Union will only be complete with the accession of the Western Balkan countries, and it is therefore important for the EU enlargement to remain among the priorities of the new Brussels administration with the support of Union members. This was one of the conclusions of the Conference “The Current EU Situation and the Future of the EU Enlargement Policy” held at EU Info Centre.

The Hungarian Embassy in Montenegro, in cooperation with the Hungarian Foreign and Trade Institute, organised a Conference to discuss, within two panels, the results and the next steps of Montenegro in the EU negotiation process, as well as the previous enlargement experiences.

The event was opened by the Hungarian Ambassador in Podgorica, Négyesi József, who emphasised that the topic of the Conference could not be more current than it is today. The Chief Negotiator, Aleksandar Drljevic, pointed out that, in the history of the EU, the enlargement policy has been recognised as one of the key mechanisms for strengthening the unity, the European spirit and cooperation, and the fostering of diversity.

The countries of the Western Balkans, Drljevic added, believe that their future lies with the EU – even if the Union itself is embroiled in numerous issues such as immigration, security or the populist movements.

“The EU accession has proven to be one of the strong drivers of economic development, stability and peace, and that is why we all have a common interest in continuing on this path,” said the Chief Negotiator.

The Minister of Brexit at the Hungarian Ministry of Foreign Affairs and Trade, Szabolcs Takács, stressed that the EU is not complete without this region.

“We have to work hard on this, and Hungary will not be alone in this business because there is a group of enlargement friends in the EU who can easily be identified geographically. We believe that in the accession process, Montenegro and Serbia have already achieved a great deal compared to others,” said Takács.

The State Secretary for Security Policy and Political Director of the Ministry of Foreign Affairs and Trade of Hungary, István Balogh, said that EU enlargement was positive, both politically and economically.

“We believe that Montenegro and Serbia can become members of the EU before 2025, and we will advocate for this, as well as for opening the remaining negotiating chapters in the case of Montenegro. Our experience shows that opening a chapter has become a very politicised issue, and that in previous enlargements it was more technical, especially since opening a chapter only means that is is the beginning of a process,” Balogh pointed out.

The Director of the Institute for Foreign Affairs and Trade, Márton Ugrósdy, believed that it is important to keep the topic of the EU enlargement up-to-date, noting that Hungary is making efforts to have it present at the EU table and to support the Western Balkan countries in their integration into the EU. 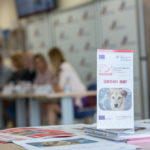 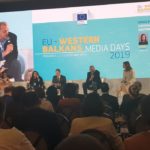