Bojana Perović, from Nikšić, has been making jewelry and souvenirs as a hobby for years. Her dream was to start her own business, but she always lacked money, she explained. Therefore, she decided to apply for the project called “Self-employment Grants Programme,” under which she received a non-refundable grant from the EU funds.

“I have received a maximum of €7,500, which I will use to open my own company for the automatic production of souvenirs. Initially, I will hire family members, and I hope that in the future I will need more help and employ more people,” explained Bojana, adding  that “this is really an opportunity I did not want to miss. It was my dream and the support came at the right time. According to the business plan, it is mandatory for the company to last at least a year, but I hope this will be a long-term story.” 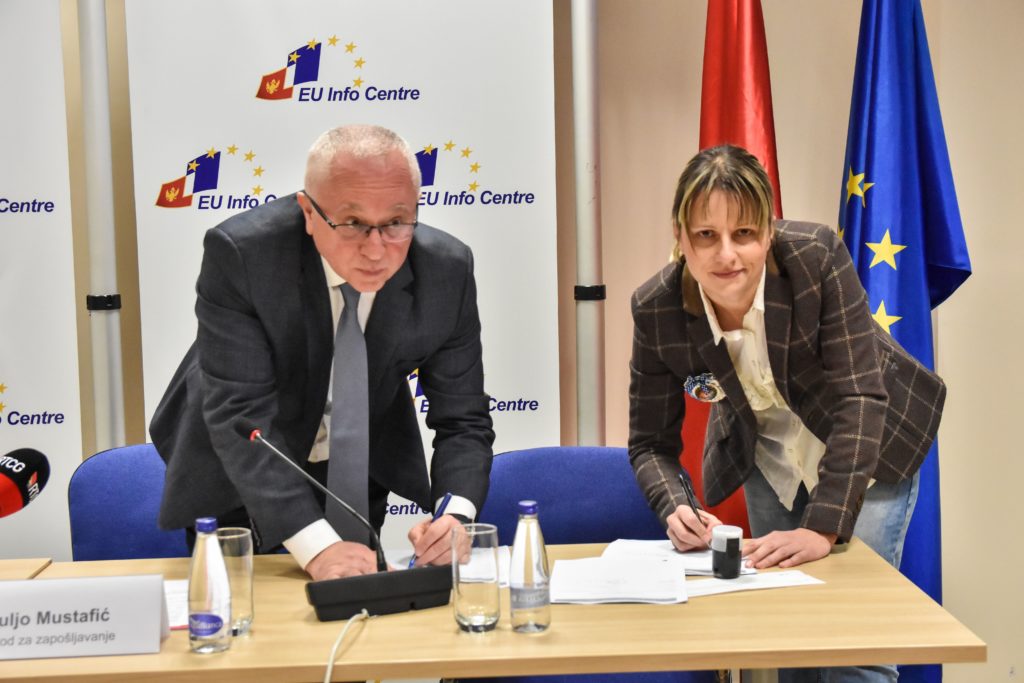 Bojana is one of the 94 unemployed people who received non-refundable grants from €3,000 to €7,500 from EU funds in order to start their own businesses. The self-employment grant programme is worth a total of three and a half million Euros. The grant recipients signed contracts at the EU Info Centre, and the ceremony was attended by the Head of the Sector for Cooperation in the EU Delegation to Montenegro, Hermann Spitz.

“These grants will especially support vulnerable groups, generating new business and jobs for women, young people, and the long-term unemployed. We are hoping that more gender balance will be achieved in the self-employment sector, which is mostly run by men in Montenegro. The good news is that almost half of the grantees are women, and this is a great success. It is also very encouraging that a significant number of these grants were allocated to new entrepreneurs from the North of Montenegro. This is important as it will tackle considerable regional disparities when it comes to activity rates. However, in future calls for proposals we will need to focus on engaging the youth more, as well,” Spitz said. 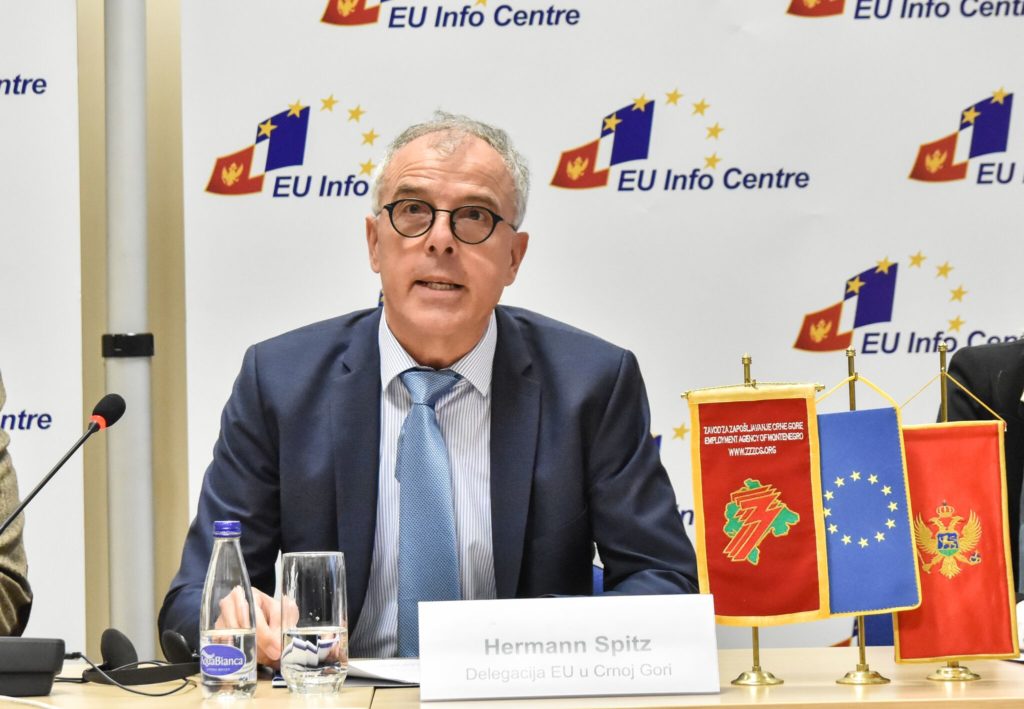 Users will be paid up to 80% of the funds directly within 30 days. The remaining part will be paid to them after the submission of the supporting documents on the eligible costs incurred during the implementation of the project, which will confirm that the winners are purposefully spending the obtained funds, explained the Director of the Employment Agency of Montenegro, Suljo Mustafić.

“I wish the grant beneficiaries much success in realising their business ideas. You entered this story as unemployed individuals and now, thanks to the support of the European funds, you are the future entrepreneurs. I would like to express my special gratitude to the European Union, which helps future entrepreneurs in our country. It is a continuation of the successful cooperation between the European Commission and the Government of Montenegro in this area. In this way, the EU contributes to increasing employment, stimulating entrepreneurship, or creating preconditions for job creation,” – Mustafić said. 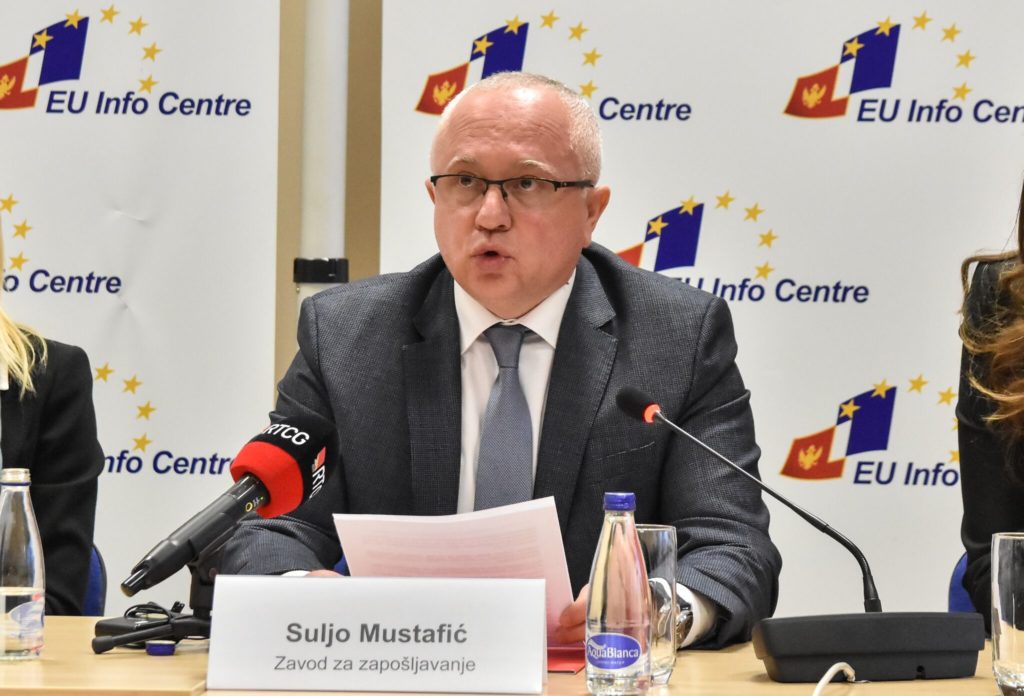 This project is part of a larger, €18 million EU-CG programme for employment, education, and social protection. The programme is funded by the EU and coordinated by the Ministry of Labor and Social Welfare, while the contracting institution are the Ministry of Finance, the Directorate for Contracting, and Financing of EU Assistance. 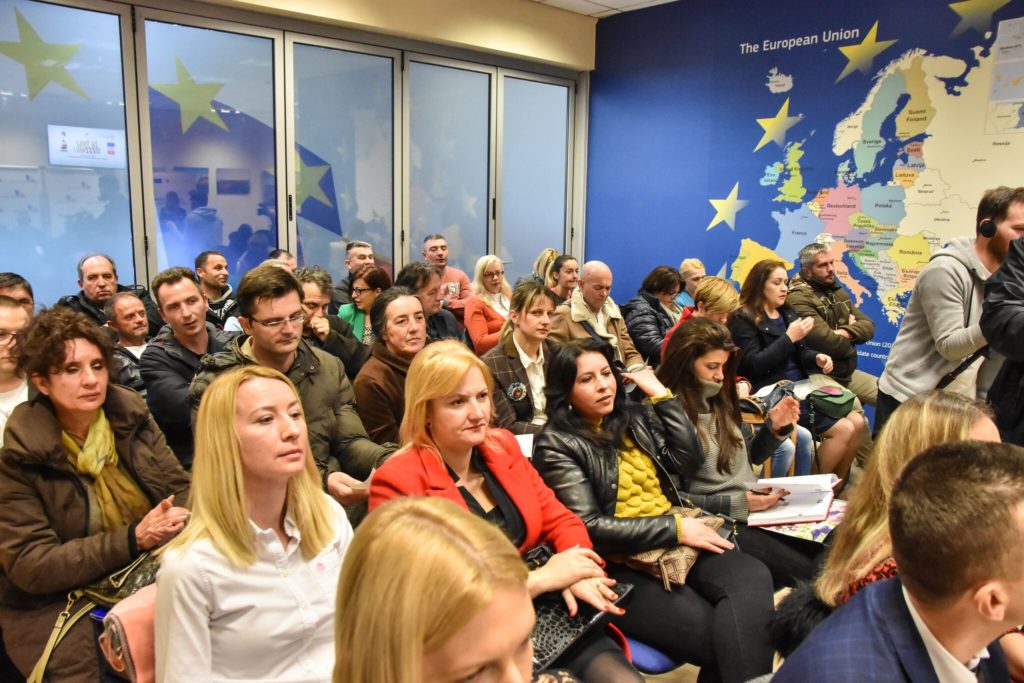 “Soon, the second grant-scheme in this area will be launched and more money will be made available. Let me use this occasion to point out the transparency and equal treatment. The EU’s support to Montenegro is a continuous process and does not stop in the election year, since elections are meant to be part of the democratic routine. However, while EU funds are channeled through government bodies, the EU cannot, must not, and does not want to favour any particular political direction. Therefore, this why I must insist that the second call also be conducted in accordance with the highest standards of transparency and equal treatment of applicants. The EU funds can only be awarded to the best scored applications that are assessed against a set of clearly defined criteria. We request from our implementing partners to respect EU rules in the same manner that we do,” explained Spitz.

A second call for proposals for the Self-Employment Grants Programme will be announced on 30 March. Any unemployed person who has been on the PHI record for at least four months on the day the call is published will have the right to apply. 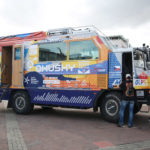 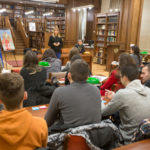