We called the man. There came a feeling of euphoria. It was one helluva party. This perfectly summarises the atmosphere of the concert we organised on Friday 13 May in Podgorica to mark Europe Day and the opening of the Europe House. The line-up included Who See, Buč Kesidi and Vojko V, who performed in the packed Argentina square through the whole of three and a half hours. 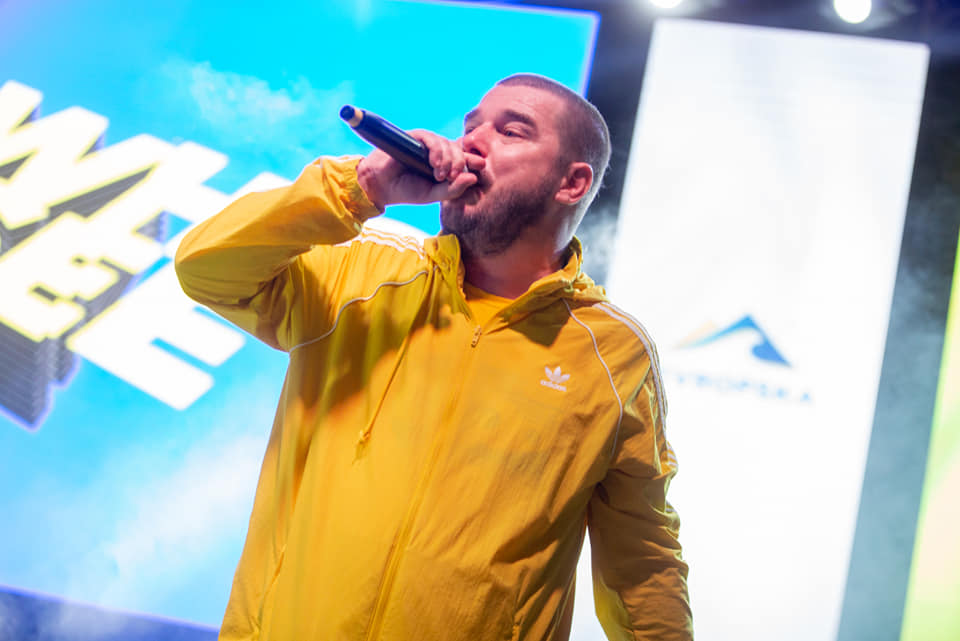 The crowd was first greeted by the popular Kotor hip-hop duo Noyz and Dedduh, who moved the fans with their greatest hits, including ‘Đe se kupaš’ (Where do you go for a swim), Reggaeton Montenegro, ‘Nemam ti kad’ (I’m kind of busy), ‘Nije preša’ (Take your time), ‘Igranka’ (Party). 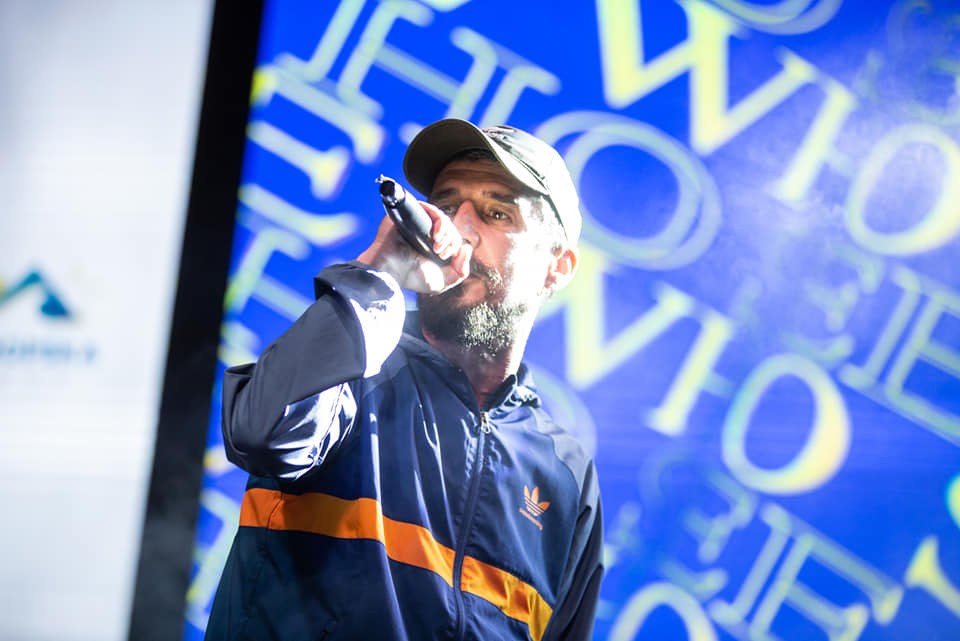 “It was really great, as we had three amazing acts in front of a fantastic crowd. We saw both in Tivat and Podgorica that people were literally hungry for a concert, but this was expected after the Covid era, which is hopefully behind us. We truly enjoyed it. We would like to thank the European House for inviting us to perform here and we wish them best of luck in future projects. Peace and love”, said Dejan Dedović Dedduh after the performance.

The second act was no other than the left-handed indie rock duo from Pančevo, Buč Kesidi, who were greeted with loud cheers and applause by the young Podgorica crowd. In addition to hits such as ‘Euphoria’, ‘Nema ljubavi u klubu’ (No love in the club), ‘Nedelja ujutru’ (Sunday morning) and ‘Đuskanje ne pomaže’ (Dancing is no good), one of the currently most popular young bands in the region premiered a new song from their third album in front of enchanted fans. 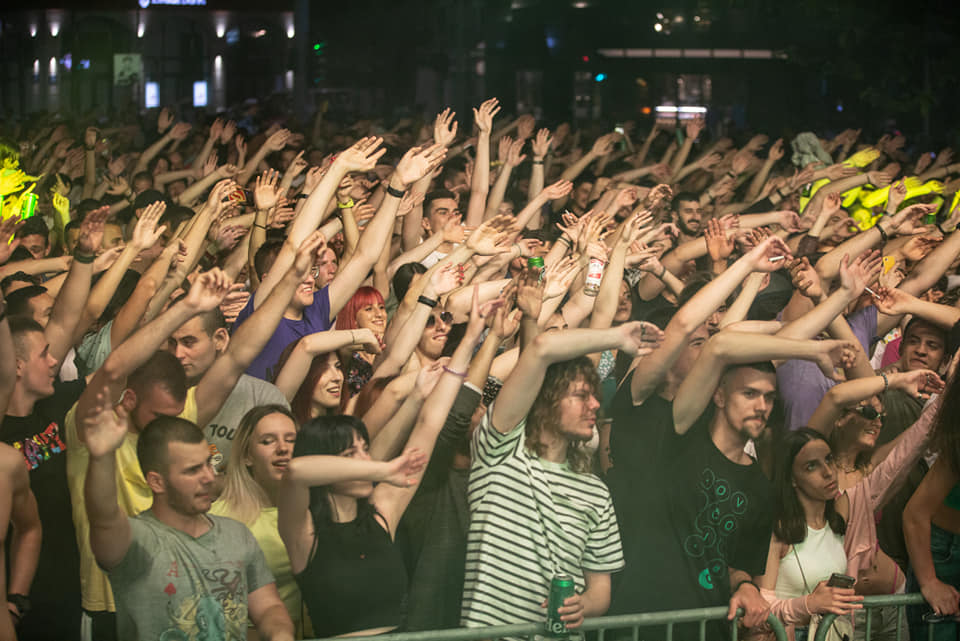 “We had a wonderful time. The crowd were amazing both on and off the stage. There were loads of people and they all responded enthusiastically. So far we haven’t performed in Montenegro as often as we wanted, so you can feel how much we missed this,“ the Pančevo duo pointed out in a statement for the European House. 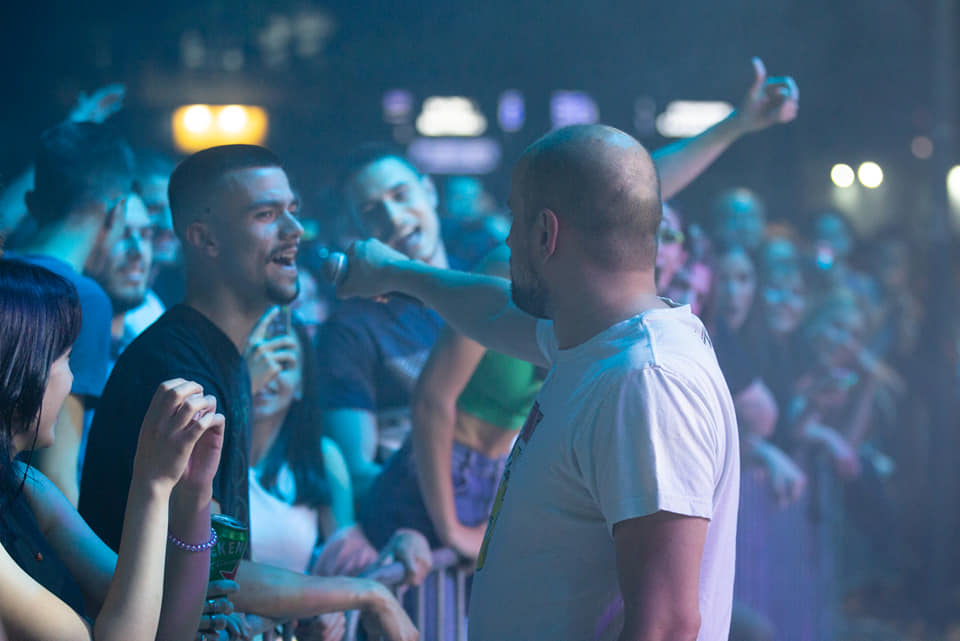 The last act of the night was Croatian rapper Vojko V, who gave his first-ever solo performance in Podgorica. The rapturous audience sang in chorus the hits such as ‘Ne može’ (It ain’t possible), ‘Kako to’ (How come) and ‘Umoran’ (Tired). Some of them already knew the lyrics of the new song, which Vojko V recently released.

“I was in Podgorica once with Dječaci and once with Kiša metaka, but tonight I had the best time. The crowd responded with vigour, so I’m very satisfied. I can’t wait to come back, seriously”, said Vojko V after his performance. 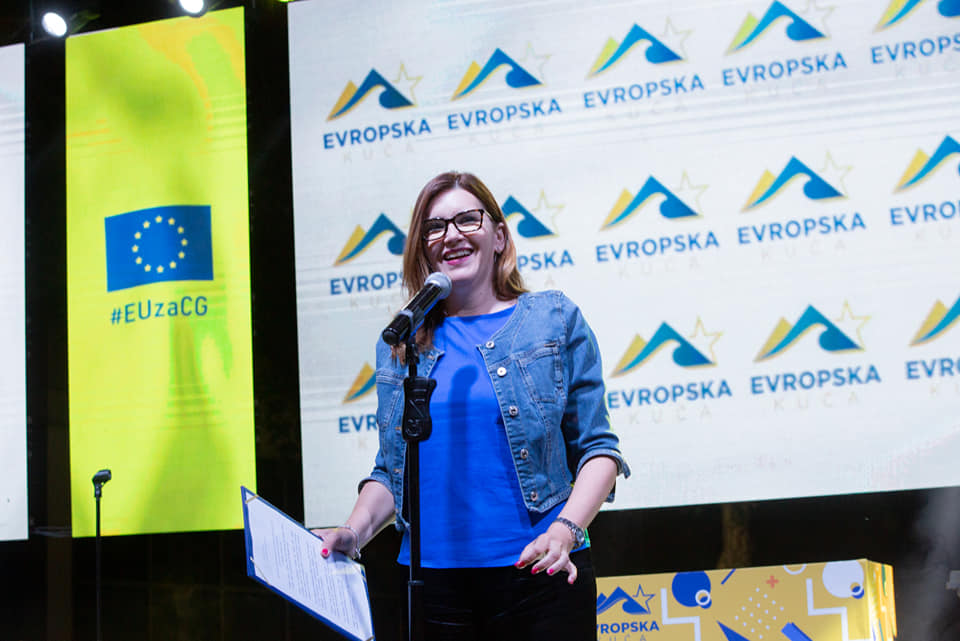 The Ambassador of the European Union to Montenegro, Oana Cristina Popa, also addressed the audience in the local language, explaining that the concert was organised to mark Europe Day and the opening of the European House located in Argentina Square.

“Being a European is about values, solidarity, human rights, but also about enjoying festivals, travel and concerts. You are truly Europeans tonight! We will soon be opening the European House here on the left. That will also be your house, so I invite you to visit us and find out what we have prepared for you. There is something for everyone, so let’s put it together on the cultural map of Podgorica,” said Popa in a short address. 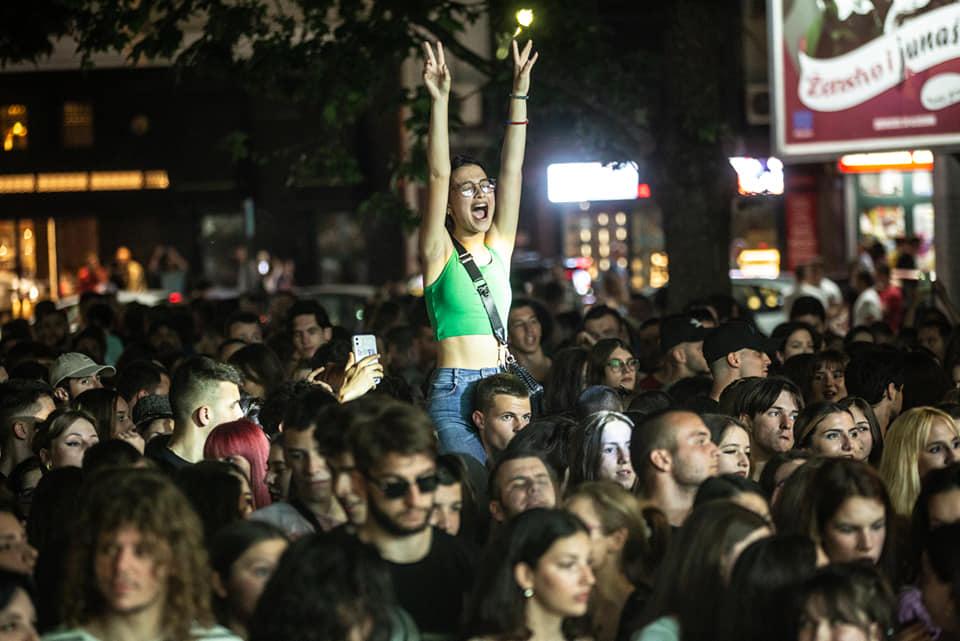 We organised the concert as part of the Month of Europe, which kicked off with the installation of a flower carpet in Cetinje on Saturday, 7 May. On Europe Day, we organised a formal reception in the courtyard of King Nikola’s Palace in the Old Royal Capital. A day later we launched our traditional online prize game ‘EU at hand’, which will be running until 31 May. Towards the end of the month, we are looking forward to the opening of the Europe House, which will be the new name for the renovated EU Info Centre. 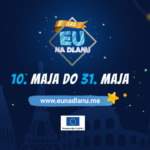 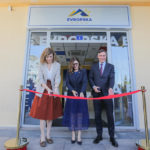