“I have learnt that the future of small wine producers in Montenegro is in working together to sell their products to wine tourists.”

“Small wine producers in Montenegro barely make a living from their wine, but they certainly all live for wine”, says Rade Rajkovic, the owner of a small family winery in Ubli, 18 km from Podgorica, who believes that the potential of the vineyards in the Kuci region has yet to be realised.

“The future of small wine producers in Montenegro is to sell their products to wine tourists. If we came to realise that we are too small to compete with each other, we could work together and, together with other agricultural food producers, make an attractive tour for tourists. I realise that people are proud, but this taboo should be broken. I would like, for instance, there to be 10 more wineries here in Kuci, because then you could have a group of tourists that would spend a whole day here tasting our products, and that would be great for me. On my own, I cannot hope for that”, says Rajkovic.

He was one of the beneficiaries of the EU-funded project “Enhancing the Competitiveness of Local SMEs in Montenegro through Cluster Development”. Within that project, a number of wine, olive and freshwater fish producers received assistance in the development of a joint brand strategy and support in improving local market access and in creating linkages to buyers in other regions of the country.

Montenegro has a long tradition of wine production. In the 19th century, King Nikola decreed that every young man wishing to marry had to plant 200 grapevines, and those who planted 2,000 were exempted from all taxes. Those century-old grapevines, still grow on the rims of Kuci estates.

Just as King Nikola’s decree then made Montenegro into a wine-producing state, Rade’s father made his sons take part in every harvest.

“I spent my childhood in the vineyard with my father and brother. As an adult I missed only one grape harvest in 1981, when I was doing national service in the army. Up until I turned 20, I did it because I had to, but after I turned 40, it became my pleasure, and hopefully a business.”

Rajkovic’s vineyard now covers 1.1 hectares, and from the 2,850 grapevines, they make 5,000 litres of wine a year. The entire production is then sold to a several restaurants and supermarkets. Most of the wineries in Montenegro have similar capacities. Only in the Kuci region, there are dozens of them.

Individually, they cannot turn their passion into a profitable business.

“While learning about clusters, we went on a visit to some Slovenian producers, and what we learned is that they have combined wine production and tourism. That is our future also – to sell wine in our wineries on our doorstep. In Slovenia that is how they sell 40% of their production.”

Rade is counting on additional help from the EU. IPARD funds could help him to reach an annual production of 10,000 litres, to have five sorts of wine, and to partner with his neighbour who produces cheese and other local food, and to serve it in his restaurant in an authentic Montenegrin environment. 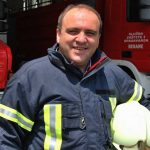 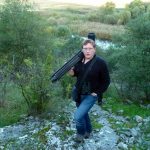