As Mila Radulovic, the Secretary General of the Association of Professional Journalists, emphasised, there are numerous problems and the pressure from media owners and politicians is growing. According to Radulovic, journalists are in “a constant race with viewership and readership”. 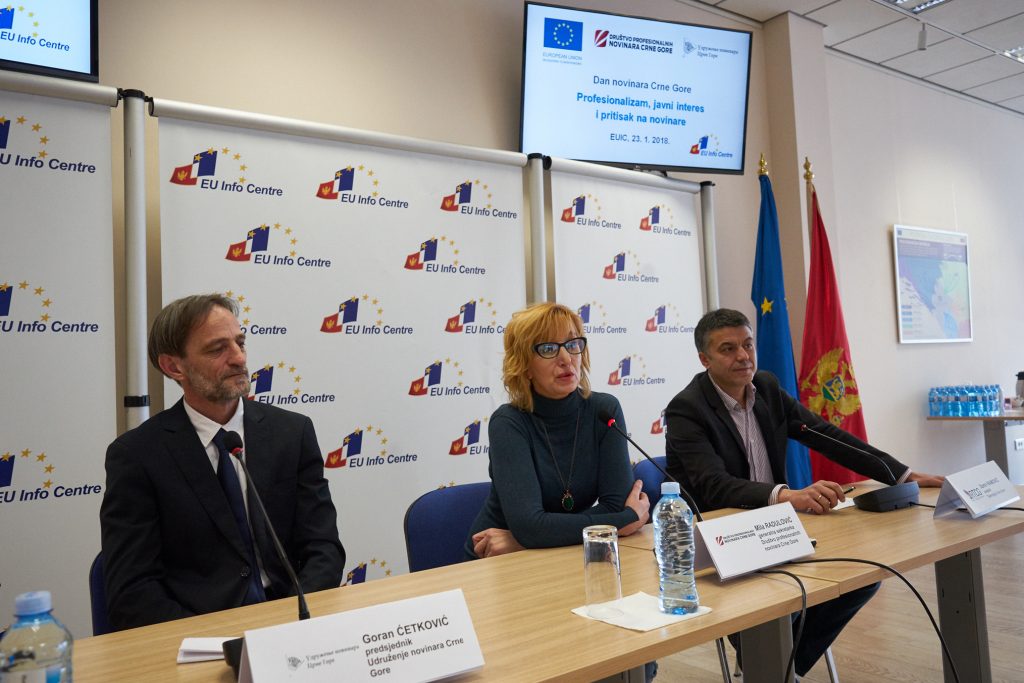 “Most attacks and threats to journalists have not been investigated. The Commission to Investigate Attacks on Journalists is trying to change something, but as to whether anything will get better, we will see. There is little room for optimism,” Radulovic pointed out.

Special attention is being paid to the public broadcasting service, Radio Television Montenegro (RTCG), as the largest directly financed media outlet. Last year, according to the representatives of journalists, was marked by political pressure on the public broadcaster and by dismissals in the RTCG Council. According to the head of the board of Television Montenegro (TVCG), Damir Ramovic, employees in that institution are working under pressure every day.

“Our work is commented on by the parliamentary speaker or by the press, the government and the opposition, who think they have the right to control the media, instead of vice versa, understanding that the media are guardians of democracy and that journalists are those who should monitor the work of the decision makers. Every six months we are waiting for a new director in the board, before every election colleagues from other media are dealing with the work of the public service before their own work, publishing announcements and tweets from political parties about our work. Fear that one of us might appear on the front page of a portal, television or newspaper logically creates self-censorship,” explained Ramovic. 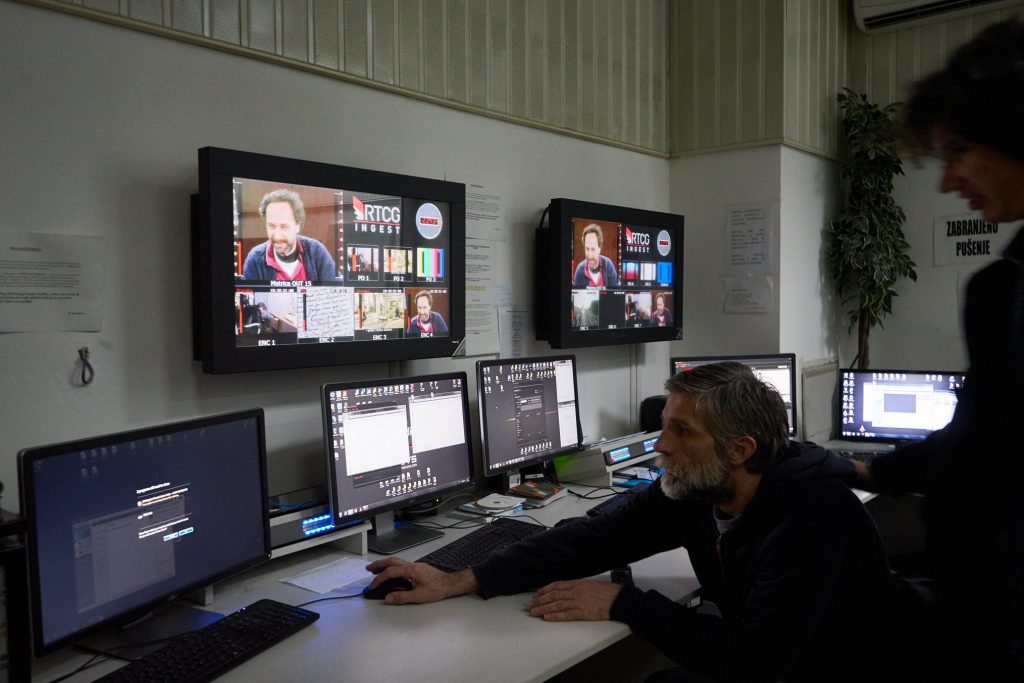 Journalists stress that during the presentation of the Report on the Status of Human Rights in Geneva, Montenegro received about 180 recommendations from the UN member states for the further affirmation of human rights and freedoms, among which is the recommendation to ensure the independence of the public broadcaster.

“The Association of Journalists of Montenegro believes that no one, not the Government of Montenegro, nor anyone else, should interfere with editors and journalists when they are doing their job. It has always been the editor who has the last word, but also the responsibility, and that concept should be considered by all those who would control, not only the [RTCG] Council, but also the entire public sector. And it doesn’t matter at all whether it is controlled by the DPS or some other party or some other factor, if it is controlled by such an awareness that does not allow the public service to comply with its name – to be a public service,” said Goran Cetkovic from the Association of Journalists of Montenegro.

The first newspaper edition printed in Montenegro, the newspaper “Crnogorac”, was published on today’s date in 1871 in Cetinje, and this date is marked as the Day of Journalists of Montenegro. 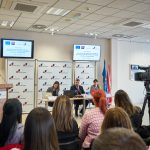 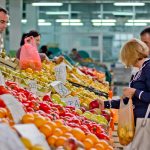