Podgorica, 24 November 2016 – The speed of proceedings which are limited to a single instance, significantly reduced costs for the parties, and the force and effect of a final court judgment are the most important advantages of arbitration – an out-of-court mode of resolving commercial disputes. This was stated at the presentation of the Arbitration Court at the Chamber of Commerce of Montenegro (ACCEMN), held on Thursday at the EU Info Centre.

The Vice-President of the Court of Arbitration at the Chamber of Commerce, Stanko Zlokovic, said that this institute is still under-utilised and that it should be further promoted because companies, out of inertia, are still turning to the courts to settle disputes, which once used to be the only way possible.

During the presentation, it was explained that arbitration, unlike a state court, is a special judicial institution whose arbitrators, who decide the merits of the dispute, are chosen by the parties themselves. The arbitration courts are also called “chosen courts”.

The proceedings before the Court of Arbitration at the Chamber of Commerce are held in such a way as to ensure the fair and efficient settlement of disputes and to avoid unnecessary delays and expenses, it was stated by this institution.

In such a process, the parties can freely decide on the number of arbitrators, the place of arbitration, the applicable law, and the language to be used in the proceedings.

They also said that these proceedings are present in national, but even more in international trade, because arbitration is faster and less formal than a state court, and the dispute is resolved in the first instance.

Representatives of the Chamber of Commerce said that the arbitrators are knowledgeable in commercial law and in certain cases they can solve cases by the application of the principle of equity (ex aequo et bono). 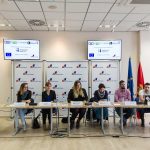 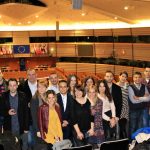