The new reality, caused by the corona virus epidemic, has led many to change their old habits. Thus, in recent months, an increase in the number of cyclists in Podgorica has become evident. In addition to positively affecting human health and protecting the environment, cycling is also one of the safest modes of transportation during an epidemic. Our interlocutor Teodora Pavićević realized this in time, so she decided to replace sitting at home during quarantine with cycling.

“First of all, I decided to ride a bike because it’s healthy. Another thing was the irregularity of departures of city buses and the high degree of risk of contracting an infection in them. That’s why I opted for something healthy, useful and also economical”, Teodora explains to us. 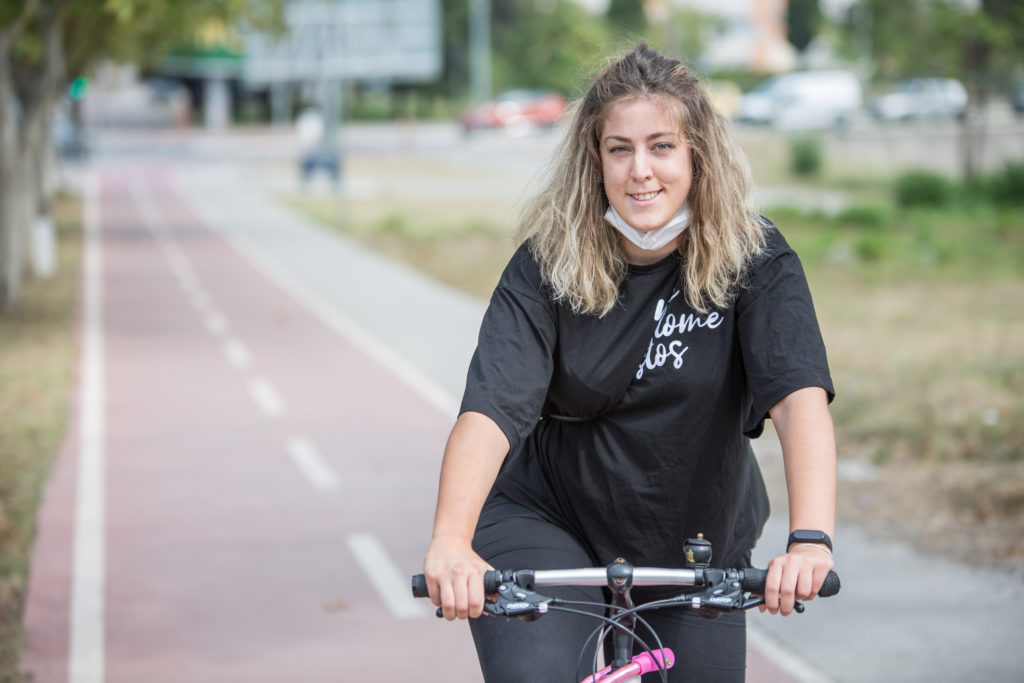 Her bicycle is now her main means of transportation, which she uses to go to work and faculty. She mastered most of the beginners’ challenges.

“I learned how to cycle in a dress and in sandals, I have overcome almost all obstacles when it comes to riding a bike. When it’s very hot outside, then I wear a hat and I feel like a proper lady”, Teodora tells us with a laugh.

She points out how much the decision to start cycling every day had a positive impact on her life. Apart from it being healthier for her and the environment, this is how she got to know her city better.

“I often arrive to the desired location faster than I would by bus, I got to know my city better, unearthed some new alleys and shortcuts and realized how small Podgorica actually is – practically every corner is accessible by bike. I enjoy the feeling of being free, while I avoid traffic jams with ease”, states Teodora. 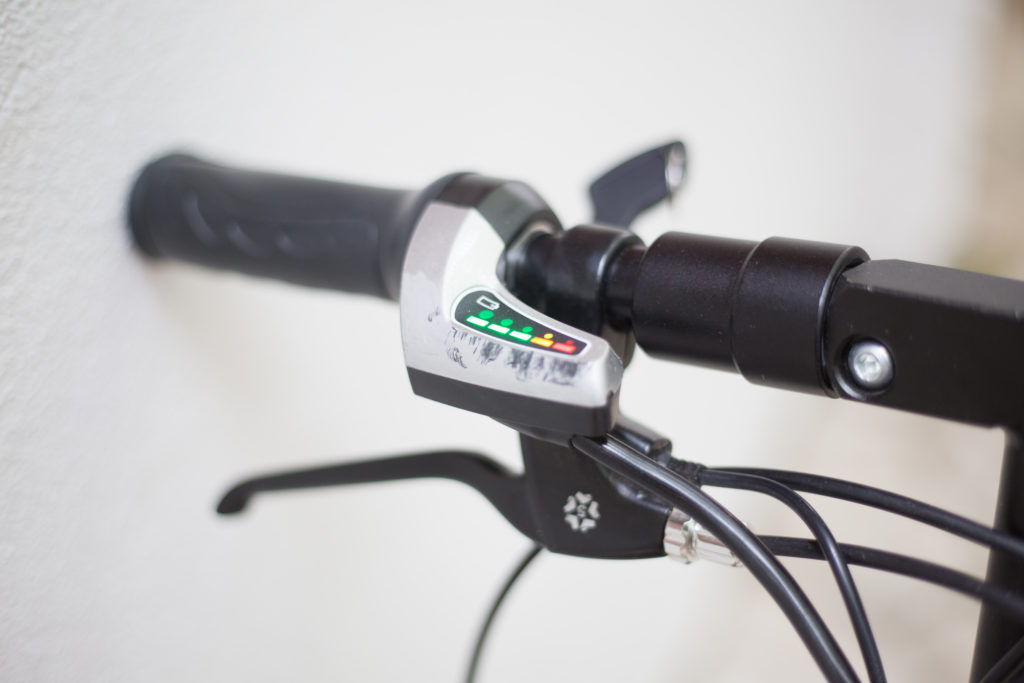 The only drawback is – other road users. Although the number of cyclists and dedicated bike paths and lanes has increased, Teodora claims that car drivers, as well as pedestrians, do not respect the rules that apply to cyclists.

“It is frustrating how much other road users do not know and do not respect the rules. Starting from the fact that drivers are not aware that cyclists can ride their bikes in car lanes if there are no bicycle paths and if they follow all the rules, through vehicles parked on bicycle paths, to pedestrians who walk on paths intended for cyclists,” says Teodora.

A survey conducted by the Capital City before the outbreak of the corona virus has shown that the people of Podgorica predominantly use a private car as a means of transportation – as many as 70% of them, while taxi transport is predominantly used by about 12% of our fellow citizens.

“It is not known whether these numbers changed during the pandemic, but it is clear that this situation is not sustainable, especially considering that the number of registered cars in Podgorica has increased by almost a quarter in just 6 years,” Stefan Bulatović from the non-governmental organization Biciklo.me told to the EU Info Centre.

However, he confirmed that there is an evident increase in the number of cyclists in Podgorica during the corona virus epidemic. He reminds that many cities in Europe and the world have used these extraordinary circumstances to change their appearance and provide better conditions for pedestrians and cyclists, above all through better balance in the distribution of space.

“Podgorica has also moved forward in that direction, so we were among the first cities in the region to get the so-called #Pop-Up (improvised) bike paths, which have become one of the main solutions for mobility in other cities in Europe and the world, starting with Bogota in Colombia and Boston in America, to Berlin, Budapest, Paris and Athens in Europe. In addition to reducing traffic jams, with a higher share of active travel such as walking and cycling, this approach contributes to cleaner air, greater safety on the streets and improved public health,” Stefan reveals.

These are all goals of the European Mobility Week, which lasts until September 22. This year’s theme is ‘Zero-emission mobility for all’. This theme reflects the European Commission’s ambitious goal of making Europe a carbon-neutral continent by 2050 – i.e. emitting only as much carbon dioxide as nature is able to absorb, thus eliminating one of the main factors of climate change. Therefore, this campaign encourages people and local authorities to take steps in order to achieve the long-term goal of a carbon-neutral continent. And our interlocutor also calls for taking steps, as she showed by her own example how easy and useful it is to make such a change, which is important both on the personal, but also on the level of communities in which you live.

“Our people think of themselves as ‘proper aristocrats’. We need to push for the idea that people can ride bikes in expensive suits and dresses and how it can be very cool. Make them believe how only the super-rich and powerful ride bikes. I’m joking, of course, but there is plenty of truth in this joke. In any case, I think that it is necessary to encourage people to ride bicycles with a slightly more aggressive Instagram, TikTok and Facebook campaigns, and I am sure that whoever starts cycling once, finds it difficult to return to the old means of transportation,” concluded Teodora. 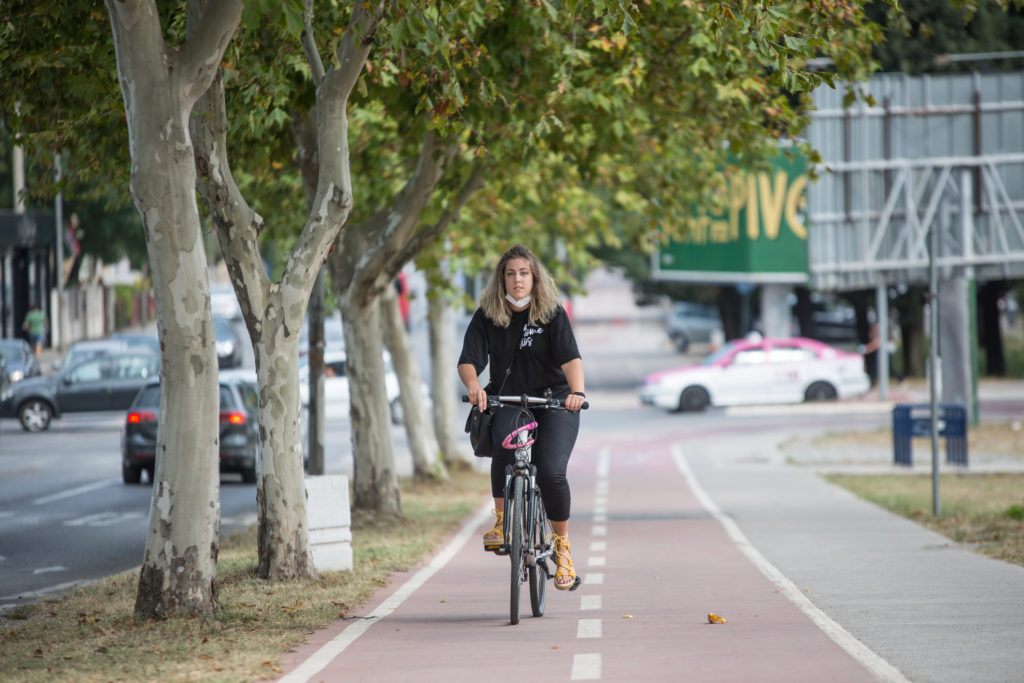 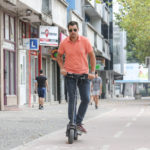 How to make your own electric scooter? 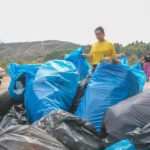