The ninth meeting of the Accession Conference with Montenegro at ministerial level was held today in Luxembourg to open negotiations on chapter 1 – Free movement of goods and chapter 22 – Regional policy and coordination of structural instruments. Furthermore, the accession conference provisionally closed negotiations on chapter 30 – External relations.

With today’s Conference, out of a total of 35 negotiation chapters, 28 chapters have now been opened for negotiations of which 3 chapters have already been provisionally closed. Further accession conferences will be planned, as appropriate, in order to take the process forward in the second half of 2017. The accession negotiations were launched in June 2012.

Regarding the opening of negotiations on chapter 1 – Free movement of goods and chapter 22 – Regional policy and coordination of structural instruments, the Union has closely examined Montenegro’s present state of preparations. On the understanding that Montenegro has to continue to make progress in the alignment with and implementation of the acquis in these chapters, the EU noted that there are benchmarks that need to be met for provisional closure of these chapters.

In addition, the EU underlined that it would devote particular attention to monitoring all specific issues mentioned in its common positions. Monitoring of progress in the alignment with and implementation of the acquis will continue throughout the negotiations. The Conference will have to return to these chapters at an appropriate moment.

More information you can find here. 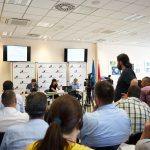 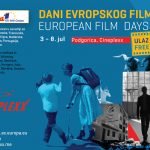