On the occasion of World Mental Health Day, the NGO Human Rights Action (HRA) and the Centre for Women and Peace Education (ANIMA), in collaboration with the Mental Disability Advocacy Centre (MDAC) from Budapest, presented in the EU Info Centre the results of a survey on the public’s perception of mental health problems and the lack of awareness in society in relation to people with mental illnesses. The research was conducted within the project “Out of Isolation – The Exercising of the Rights of Patients with Mental Illnesses”, which is supported by the European Union through the EU Delegation to Montenegro.

The research indicates a significant lack of information, widespread taboos and prejudices surrounding these issues. Indecision in the responses indicates a tendency to give the desired answer, which is probably a result of fear and ignorance related to this topic. The tendency to stigmatise, the need to move away, and the prevalence of stereotypes and retrograde attitudes are just some of the research findings. Both in absolute terms and in comparison with Bosnia and Herzegovina, the situation is worrying: prejudices and retrograde attitudes are more pronounced in Montenegro than in Bosnia and Herzegovina where the same survey was conducted (for example, in Bosnia and Herzegovina 32%, and in Montenegro twice that number – 64%, said that it is best to avoid someone with a mental illness). Of particular concern are the highly represented negative attitudes of young people”, said psychologist Radoje Cerovic.

In the research, there is no significant difference between men and women in terms of their attitudes. “There is a tendency for women to be friendlier and more tolerant towards the mentally ill, but this is not highlighted by this survey. It turns out that the community is more negative towards women who are mentally ill, than towards men. “I emphasise the responsibility of state institutions, especially the Ministry of Health, which in all these years has not taken steps to reduce stigmatisation or discrimination against patients with mental illness, despite clear recognition of this problem in the Strategy to Improve Mental Health in 2004. In fact, the Ministry of Health and Education project ignorance and insensitivity avoiding responsibility,” says Ljupka Kovacevic, coordinator of the Centre for Women and Peace Education, ANIMA.

What usually prevents healing and the exercising of other human rights is ignorance and discrimination. We must do much more to raise people’s awareness so that they can help themselves and those around them.
“It is disturbing that almost two-thirds of the Montenegrin population lives in appalling ignorance, they do not have even the basic facts about mental illness. One third holds fast to the wrong attitudes, and another third does not know – they have no opinion on the matter. Thus, one third of the population believes that a mentally ill person is usually dangerous towards the people around them, that a person who has recovered from a mental illness is not able to return to work, that a person with a history of mental illness should be banned from holding public office, and that one of the main causes of mental disorders is a lack of self-discipline and willpower, so that the person is to blame for their illness”, concluded Tea Gorjanc-Prelevic, executive director of HRA. 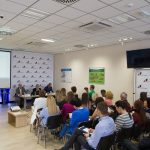 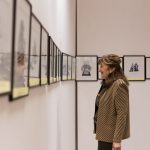