Kristina Pavićević, a student at the “Mirko Vešović” Economics Secondary School from Podgorica, won the EU Info Centre’s “My Journey to Europe” video competition. In her winning short video, Kristina “travelled” through Montenegro and its beauty spots, and her prize is a study trip to Brussels.

Kristina says that she loves to travel and she is looking forward to the journey that awaits her in September. She treasures a special memory of one particular journey: “A few years ago I travelled to Denmark. Since then, my view of the world has changed. I realised the meaning of the word happiness. Until then, every new doll, every new beauty product, every ride on a rollercoaster represented happiness for me. The moment when the plane landed at Copenhagen airport, all those things were replaced by travel, a new culture, new people and adventure. I’ve never been to Brussels and I’m really looking forward to my trip in September,” Kristina told us.

Her video begins with the words: “I’m gonna show you the beauty of my country. You already fell in love, didn’t you?” and it ends with her optimistic belief in “a great future for Montenegro”, which she believes can be “part of something bigger”. This is how Kristina explains it: “The winning video was created as a wish to show parts of our country that are in some way neglected and which deserve attention. The words in my video show that we want to live better and to progress, but this effort will be much easier with the help of the EU. This is a complex world, in which we need to work and cooperate in order to achieve prosperity,” says Kristina.

She is currently attending economics secondary school in Podgorica, but sees herself one day as a lawyer. She plans to study law in one of the countries of western or northern Europe.

“I definitely see myself as a citizen of the EU – as someone who can realise her potential much easier in various areas and who has countless more opportunities in life, because she lives in a place that provides such an environment,” says Kristina.

Kristina’s video work was selected among the top three at the EUIC’s video contest for secondary school students, which lasted from 15 May to 30 June, and later it was ranked first thanks to Facebook “likes” and YouTube views.

As the winner of the video competition, Kristina will join a group of students on the “September in Brussels 2017” trip. The group is made up of students of the faculties of Economics, Law and Political Sciences of the University of Montenegro, who had the best scores in a test on EU affairs, and the winner of an essay competition on the topic “Montenegro and the EU 60 years from now”, a law student at the University of Montenegro, Jakša Vuković. 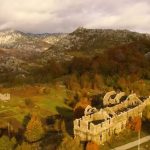 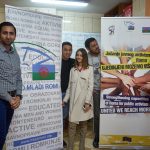 What we have not had yet – the opportunities