Through their activities and behaviour, humans have increased global warming by 1°C. If global warming reached 2 degrees, eco systems will be at risk. This was highlighted by Pavla Snajdrova, of the Delegation of the European Union to Montenegro, during a lecture on Climate Change and Youth attended by more than 70 high school students at the EU Info Centre. 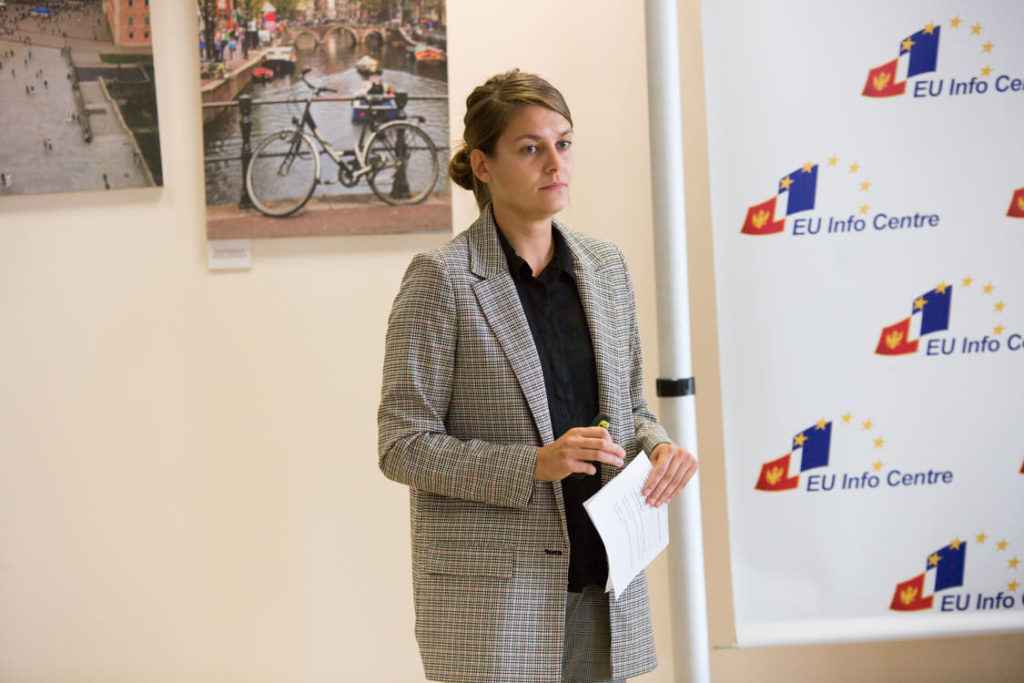 “In the last two decades, we have had the 18 warmest years ever recorded, and EU countries have been hit by the heat wave in four of the last five years. Global warming has serious consequences for the economy and the environment in the EU, and in the broadest sense, climate change threatens security and prosperity,” said Snaidrova.

Under the Paris Treaty, the EU has defined objectives and instruments to reduce the impact of climate change. “By 2020, it is necessary to reduce greenhouse gas emissions by 20% and to increase renewable energy by as much as one percent,” Snaidrova explained during the “Climate change and Youth” lecture. 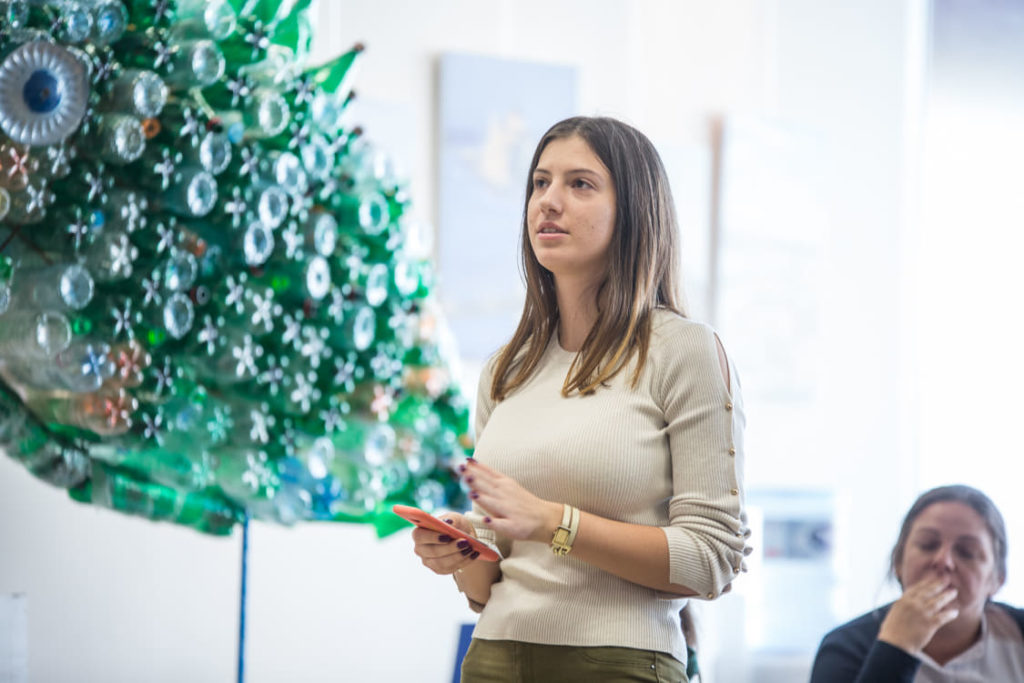 She stressed that radical changes to the energy, construction, transport, industry, and agriculture systems are needed to avoid global warming by two degrees. Esef Husic, from the Ministry of Sustainable Development and Tourism, agreed that radical measures were needed, and he drew attention to the situation in the capital.

“It is necessary to reduce traffic in Podgorica and to plant more trees, in order to reduce the greenhouse effect. By planting a large number of trees in its surroundings, one city in Japan was able to reduce the average temperature by 1-2 degrees,” said Husic, while answering high school students’ questions about what the State can do to reduce the effects of climate change. 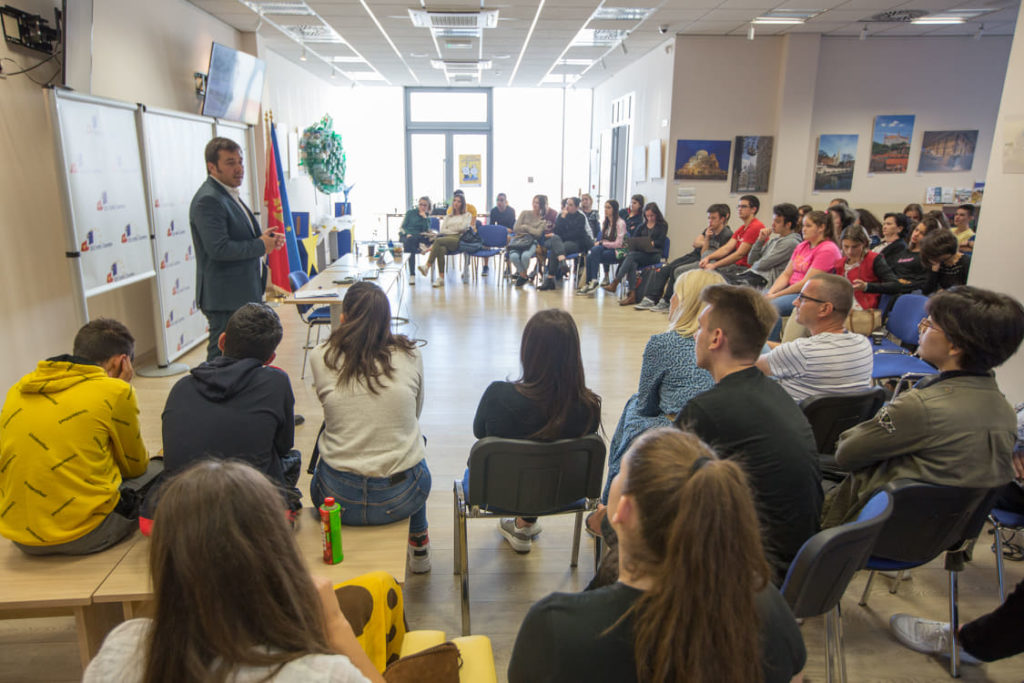 While radical changes depend on the big players, each of us individually can contribute to reducing the consequences and better protection of nature. This topic was discussed by Aleksandar Novovic (from the NGO “Eco Logic”) Anđela Đurašković (a student of the Masters Programme in Environmental Policy at the Faculty of Political Sciences in Belgrade),  Emina Adrović (from the NGO Zero Waste Montenegro), and Filip Aleksić, the Chief Architect in the Capital and the leader of the “Micro 020” Project. 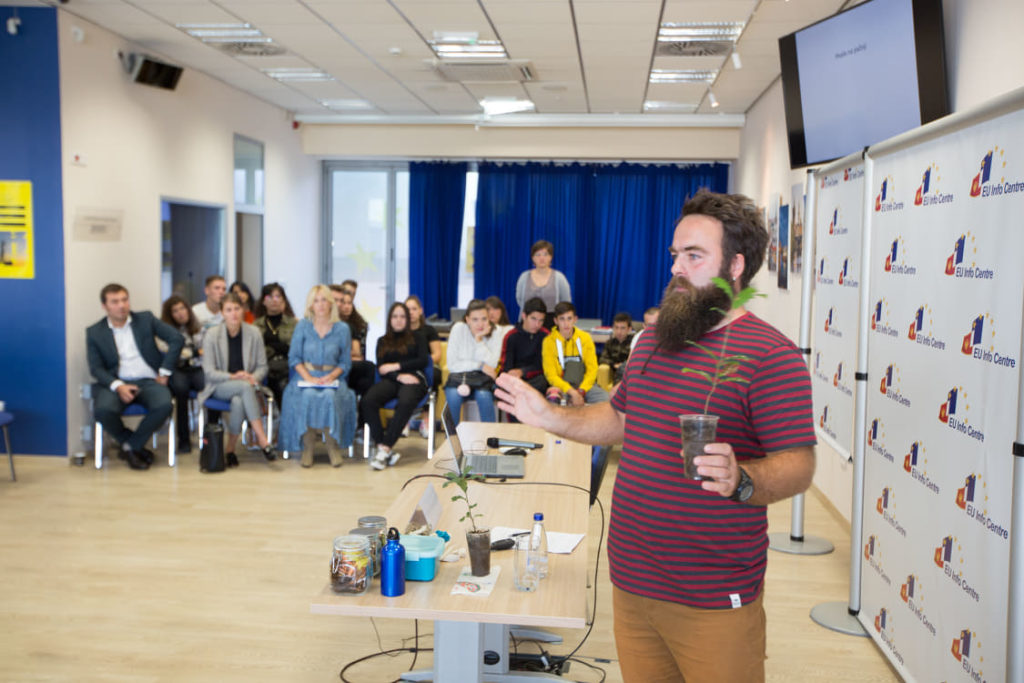 Through practical examples, Novovic showed what his NGO is doing – how they built the first urban garden in Podgorica and launched a project of school gardens in several cities in Montenegro.

Through her personal example, Anđela demonstrated how each of us can contribute. In her presentation, she showed how our habits, even though we are far away, are affecting the disappearance of tropical forests, the pollution of rivers in Bangladesh, and the extinction of polar bears. We contribute to this by throwing away food and choosing the foods we eat, choosing the clothes we buy, and producing waste, pointing out that every citizen of Montenegro produces more than half a ton of waste a year. 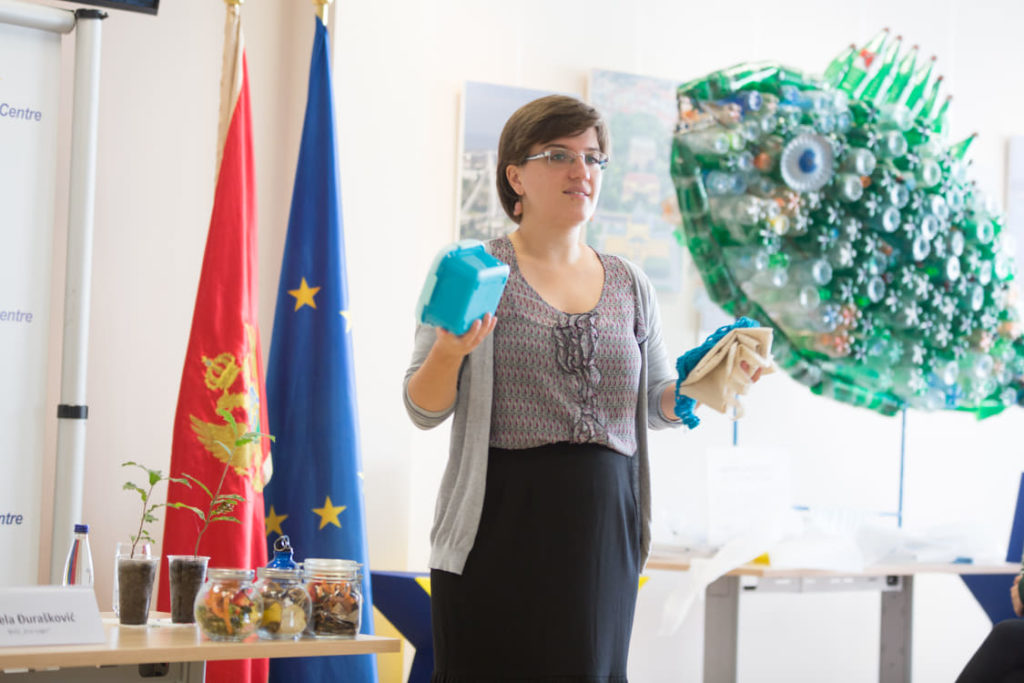 “One-third of the food produced never reaches our plates, and if the food thrown away were dirt, it would be the third largest polluter in the world. Food decomposition is a process involving the air (aerobic). If there is no air, much more harmful methane is released instead of CO2,” Angela explained.

That is why she advised high school students to avoid products containing palm oil to use a recuclable bag instead of plastic bags, to shop in second-hand stores, and to compost (the process of turning food scraps into highly fertile soil). 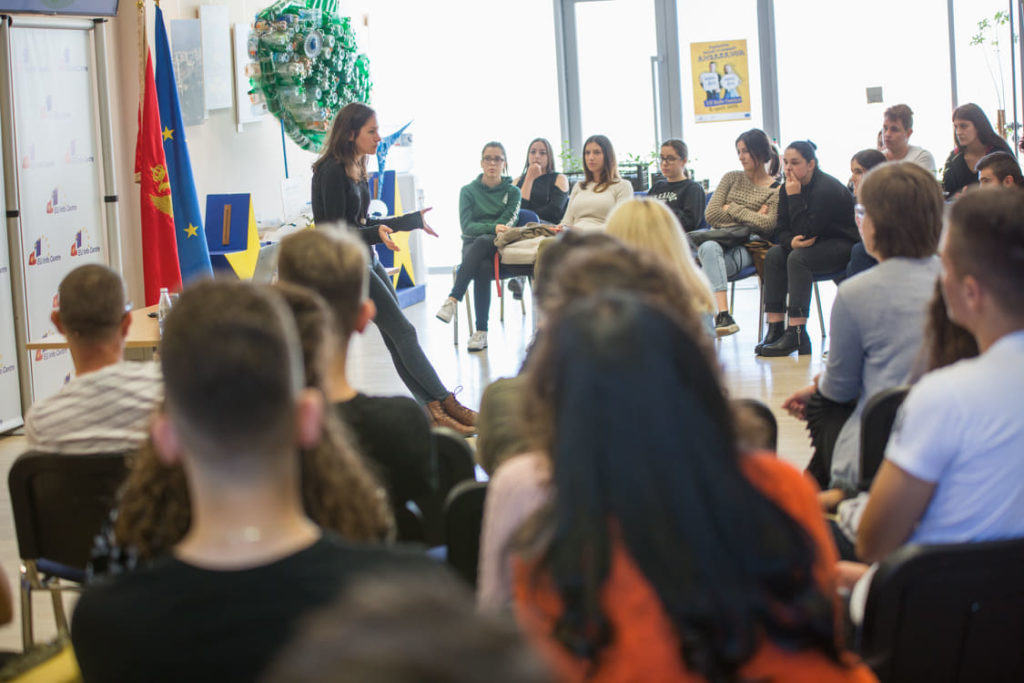 Emina Adrovic has been living by these principles for eight months and, thanks to that, she stopped producing waste that would end up in a container or landfill.

“One thermos replaces 500 plastic bottles, one shaver with replaceable razors replaces ten disposable razors. Imagine how much less waste we would produce if we all used this,” Emina said. 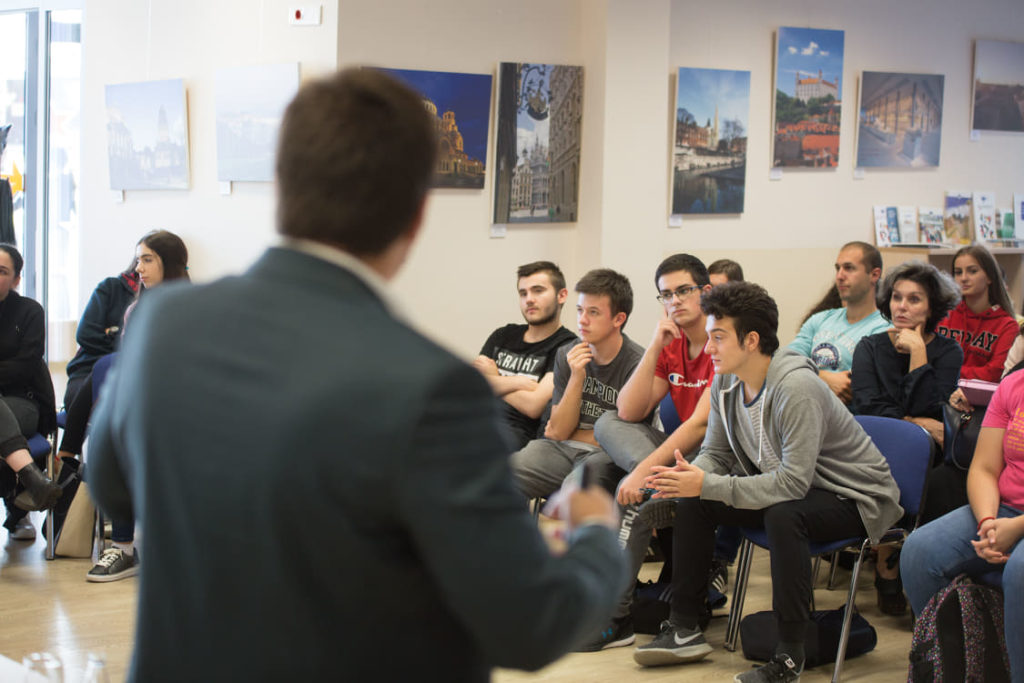 Filip Aleksic, from the Capital, presented the “Micro 020“ Project, which aims at arranging urban niches in Podgorica, that is, spaces that have been forgotten and abandoned.

“I invite you to report locations that you think need to be tidied up and can be repurposed ,” this was Philip’s message to the high school students in the audience. 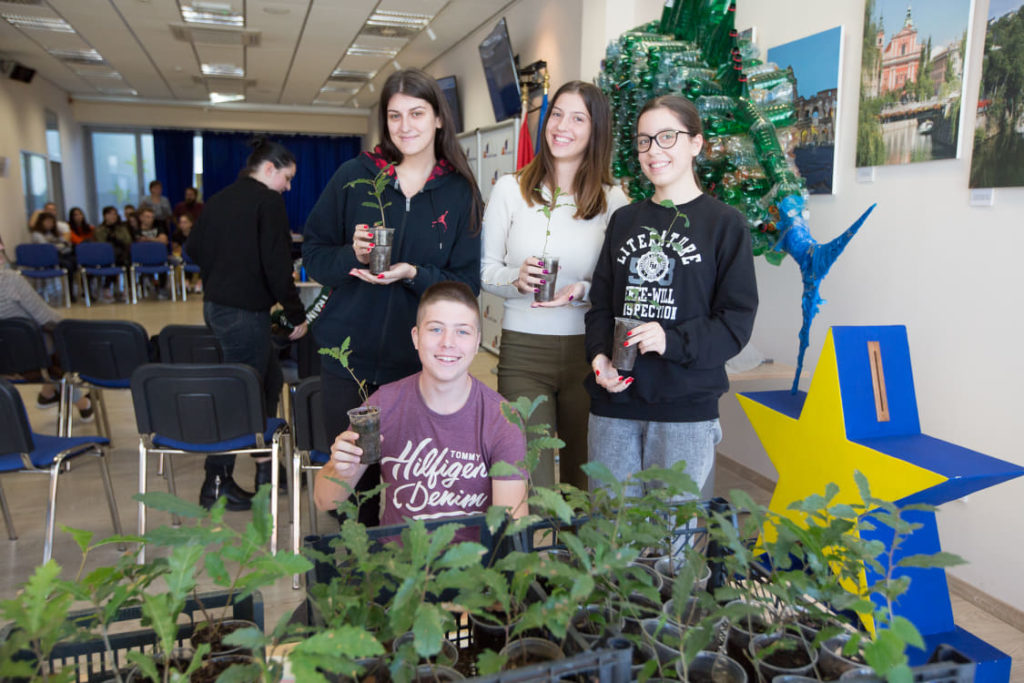 The lecture “Climate Change and Youth” was organised by the European Union in Montenegro as part of the environmental campaign “Set an Example. Join in!” The aim of the campaign is to popularise the “green“ lifestyle by promoting the recycling and proper treatment of waste, and the planting of trees. 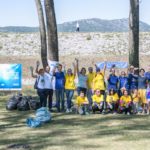 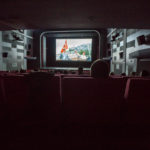