Who is the first woman from the Balkans to sit behind the wheel? Who was the first women ambassador from our region? How come a women from Bijelo Polje became part of the Guinness Book of Records? How did a granddaughter end up connecting chivalry and femininity? What do a female activist from Medun and an Italian woman who revolutionized children’s education have in common?

These are just some of the questions that you will find answered in the “Examples of SHEvalry and SHEroism” campaign, organized by the European Union in Montenegro on the occasion of IWD2022, in cooperation with the Girls with Marbles.

“We dedicate the campaign to the promotion of renowned women from Montenegrin and EU history, who were unique, inspiring, proud, strong, brave and far ahead of their time. We believe everyone should hear their stories, so we will talk about their achievements and celebrate their choices throughout March, as real examples of SHEvalry and SHEroism,” the EU Info Centre said.

We have put this campaign together in cooperation with the “Good Life” NGO, which came up with the concept of the Girls with Marbles.

“We researched the rich biographies and got to know the lives of six magnificent Montenegrin women. And the seventh may be each of us who, with our SHEroic strength, overcomes the limitations and stereotypes imposed by the times and the society. They followed their dreams, and we remain consistent with our values ​​and follow the set goals. Through interesting visuals and stories, and new online communication and education channels, we want to bring our ancestors closer to our descendants, and get to know each other: this is SHEvalry and SHEroism! “, stated the “Good Life” NGO.

Given that ” SHEvalry and SHEroism” know no borders, we will also present several famous women from the EU countries. The campaign officially begins on Monday, 7 March, when we organize a panel discussion dedicated to the promotion of women who keep smashing stereotypes, achieving their dreams and celebrating femininity despite them. Our speakers are the EU Ambassador to Montenegro Oana Cristina Popa, the only pilot in the Montenegrin Army Kristina Bačić, the first person from Montenegro at the US West Point Military Academy Nevena Nikolić, and the only female competitor in mountain speed racing Anđela Knežević. 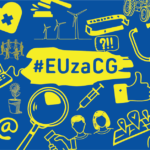 New campaign: Our friendship is a success story 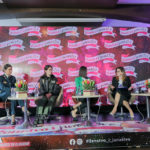