Podgorica, 4 July 2017 – The EU Info Centre, in cooperation with the Ministry of Culture and Creative Europe Desk Montenegro, presented the possibilities of financing domestic audio-visual projects through European funds.

As announced at the presentation, within the EU programme MEDIA, Montenegrin filmmakers have the opportunity to compete for a part of the EU film fund, which amounts to €820 million for the period 2014–2020. Through this subsidiary programme, which is a part of a wider programme called Creative Europe, the EU is providing funding for films with a European dimension, fostering the development of new technologies, helping films to find new markets beyond national and European borders, and supporting schemes for audience development.

The funds are being made available through 14 open competitions, belonging to the four areas of the MEDIA programme: development and production of audio-visual work, distribution, audience development and training and networking.

Along with Ilija Subotić, the co-ordinator of the MEDIA sub-programme and the advisor for audiovisual activities at the Ministry of Culture of Montenegro, guest at the MEDIA Info Day was Nevena Negojević, the manager of MEDIA Desk Serbia, who presented to interested Montenegrin film professionals Serbia’s experiences from participating in the competition for the development of individual film projects, as well as for support for festivals, while special attention was paid to training schemes for professionals as well as networking opportunities.

In the first year of participating in the MEDIA programme, 2016, Serbia provided support for 23 projects worth about €660,000.

The MEDIA info day was held as part of the “European Film Days 2017” festival. 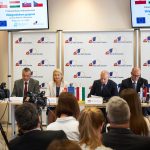 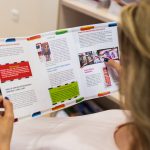 Children’s toys in Montenegro safer thanks to EU rules