Brussels, 11-15 September 2017 – If you find yourself in a conference room waiting for a presentation and you hear the upcoming speaker complaining that “It’s a French keyboard with German settings and I want to type in English”, then one of the probable scenarios is that you are in a meeting in an EU institution. This was only a minute detail of the atmosphere that a group of 18 Montenegrin journalists and civic activists could experience during their study visit to Brussels last week.

Their five-day study programme started in the Directorate General for Neighbourhood and Enlargement Negotiations (DG NEAR) where they were welcomed by the Head of the DG’s Montenegro Unit, Thomas Hagleitner, and by Clive Rumbold, the Deputy Head of the Western Balkans Division in the European External Action Service (EEAS). Leaving language difference jokes to one side, their message was more than clear: “For the European Union, enlargement is in its DNA. We have been dealing with enlargement more-or-less for as long as the EU has existed and we’re in it for the long run.”

The political stance of the Union’s unequivocal commitment to the European perspective of the Western Balkan countries, as they pointed out, is backed up by the numbers. “A tangible sign of the EU’s commitment to enlargement is that we have a substantial financial envelope for enlargement – we are spending about one billion euros a year on preparing countries for accession,” Mr. Hagleitner added. 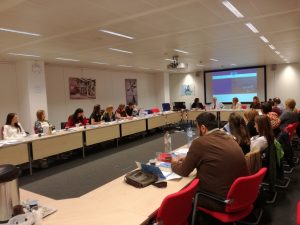 th these basic points put across, the accession process was explained in more technical detail. In the sessions that followed on that day and the next, the DG NEAR, DG JUST and DG CLIMA’s policy officers explained in more detail what the new approach in EU accession talks involves when it comes to the rule of law, what the benchmarks are in the related Chapters 23 and 24, which anti-corruption measures are being undertaken in Montenegro, why the implementation of public procurement policies is important and what to expect when it comes to environmental protection requirements. 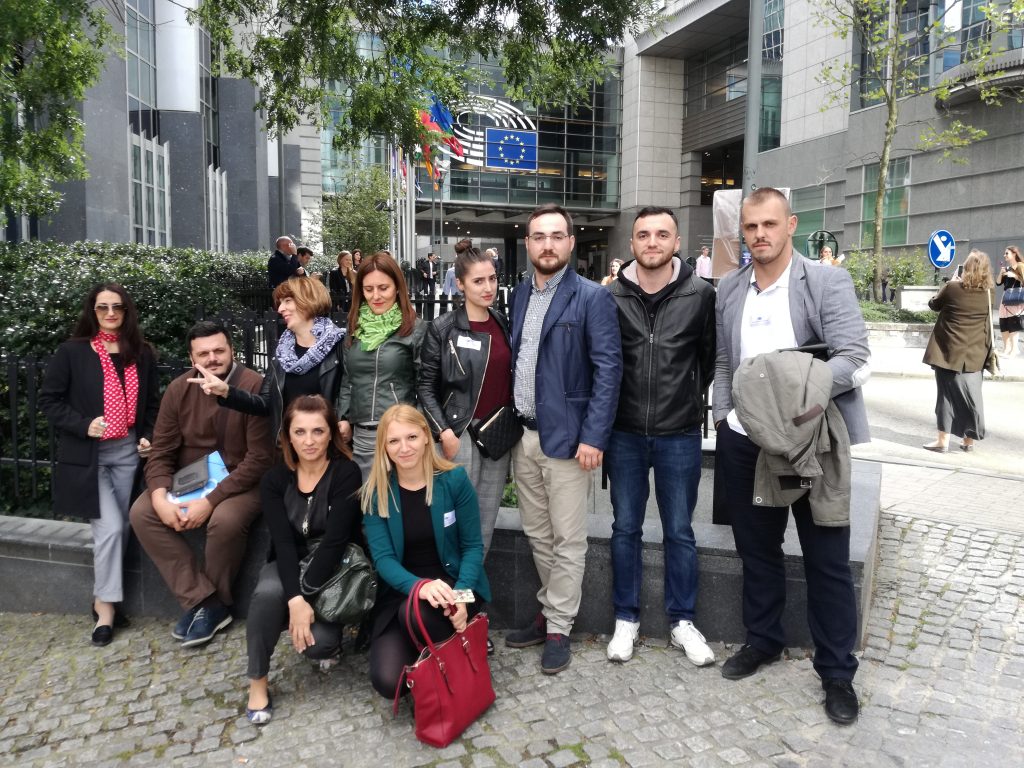 So as not to let the many technical details and legal rigour grate against journalistic inquisitiveness and impatience, the group was next taken off to the European Parliament, the body that represents no fewer than 500 million citizens. The complex system of the EU’s legislative body, gathering 751 MEPs, which has three places of work – Brussels (Belgium), the city of Luxembourg (Luxembourg) and Strasbourg (France) – was made more familiar to the visitors by the attention-grabbing, inspiring guide, George Stylianou. 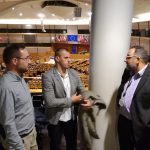 It seemed that it was his unwithheld, easy-going narration, instead of the stated facts, that epitomised  the positive overarching forces that have reconciled both the practical and symbolic natures of the underlying elements that brought together the European community and set its equilibrium of powers into a functioning mechanism. Or, as Mr. Stylianou puts it: “We (the EU) do not produce light. We get it from our constituent parts. We are not the sun; we are rather a light bulb.”

On the fourth day of the visit, the Montenegrin journalists were closest to home, so to say, spending a day in the famous Berlaymont building that houses the headquarters of the European Commission. They were not talking to commissioners, though, but to their fellow journalist, Augustin Palokaj, the Brussels correspondent for various media outlets in the Western Balkans, such as Jutarnji list and Koha Ditore. Here, even the humour was closer to home. The line “imagine a process in which Montenegro is the fastest runner”, alluding to regional national stereotypes presenting Montenegrins as a lazy nation, was a good icebreaker both for the host and the guests. With Montenegro being the only country in the region which has no permanent media correspondent in Brussels, he reminded Montenegrin journalists of what they have been missing out on, which is just about everything except for official statements. His sneak-peak overview of journalists’ work routines in Brussels included advice on how to read official statements, how to search for additional information and how much to trust less official sources. 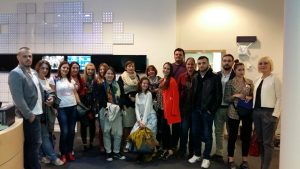 The rest of the day, spent in the EC’s press room and the audio-visual services division, however, proved that the media information there is not really in short supply. This service provides production, and free-of-charge distribution of AV recordings of just about anything that is happening in the EC. 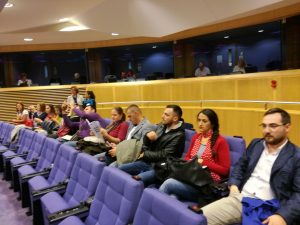 Only last year, Europe by Satellite (EbS) transmitted nearly 2,300 hours of different programmes, half of them live, and roughly a similar amount of this was used by EU broadcasters. And in addition to that, in Berlaymont there are at journalists’ disposal two professionally equipped TV studios, one fully equipped radio studio, TV film crews, and editing and play-out facilities to send material to home stations. In the words of one of the host officers – “You can have an interview with President Juncker at any time – just tell us what you need.” Another session ended with a good-to-know conclusion.

And it was not all about listening. The 18 Montenegrin visitors, made up of 16 journalists and two civic activists, had many questions too. Some of the questions that were thrown out, such as “When will Montenegro as the accession forerunner reach the finish line?” were not meant to be so easily answered, but some of the other questions might pave the way for new stories in the local media, and the Montenegrin journalists had support for developing this from the journalism trainer and experienced EU affairs reporter, Toby Vogel, who was the facilitator and moderator of the study programme. 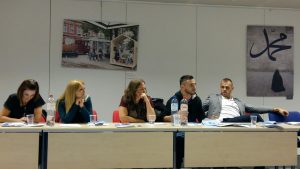 A message that was repeatedly highlighted by the EU’s policy officers, that provided another perspective and a nudge forward for Montenegrin journalists, was the fact that the quality of their reports and the information they are bringing to the attention of citizens are very valuable in the accession process. In the words of a DG NEAR officer: “We are really counting on you and on dialogue with civil society. And we do have the capacities to assist, mostly through training programmes like this. It’s about bringing your capacities to develop stories, to look into important subjects, to know what are you talking about… because it is important when you raise an issue that you have the knowledge to understand what it is really about. That’s what’s important”. It’s as simple as that. But it’s not as easy as it might seem – to be fair to the comments that followed. 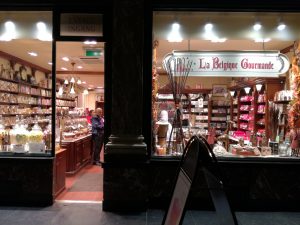 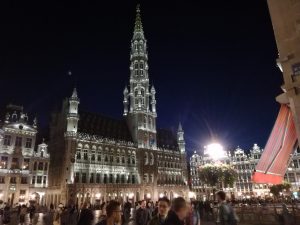 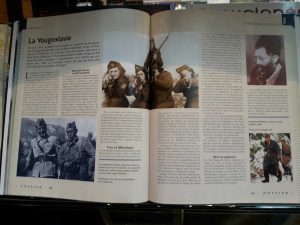 Finally, the visit did not consist solely of work and talk. Although in journalists’ circles Brussels has been most often awarded the epithet of “official”, this time it had much more to offer to those willing to spend their free time breaking this stereotype. To some this meant enjoying the beautiful architecture, to some it was a visit to the Military Museum or the Comic Strip Centre, but for the most it meant chocolate tasting in one of numerous chocolatiers, some beer in the excellent traditional pubs, and then back for some more chocolate!

The training and study trip was funded by the EU Info Centre and designed by the European Union Delegation in Podgorica. 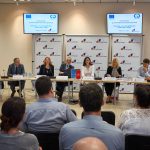 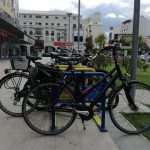 How about a bicycle?