Podgorica, 31 October 2016 – As part of the sixth “Days of Austria in Montenegro” festival, the exhibition “Freud on the Couch” was officially opened at the EU Info Centre. This year we mark the 160th anniversary of the birth of one of the most important thinkers of the 20th century and the founder of psychoanalysis, the Austrian, Sigmund Freud. For the 150th anniversary in 2006, the Sigmund Freud Museum had arranged an exhibition called “On the Couch”, which was supported by the Austrian Ministry of Federal Affairs. That exhibition premiered in New York.

“Eighty cartoons from the ‘New Yorker’ feature the bearded psychoanalyst, whose diploma is hanging on the wall of his office, and of course there is the ubiquitous couch, but we must not forget his neurotic patients,” said the Ambassador of Austria to Montenegro, Johann Fröhlich, at the opening ceremony in the EU Info Centre.

The Freudian slip, the Oedipus complex and Eros as the primary motivator of human activity – the famous psychoanalyst, Sigmund Freud, defined the subconscious as a significant element of psychology and thereby paved the way for modern psychoanalysis.

Known the world over as a psychoanalyst, Sigmund Freud, one of the greatest masters of the German language, in his book “Humour and its Relation to the Subconscious” published in 1905 – which was and still is a leading work in this field – described the ability of humour and laughter-provoking, which is based on techniques that draw attention away from prohibited, unpleasant, censored thoughts, mostly of an aggressive or sexual nature.

Beside the cartoons, art lovers and fans of “the Seventh Art” will have the opportunity to see two Austrian films inspired by Freud. The first film, with the Freudian title “Superego Too” is a comedy of Austrian and German co-production. It describes the torment of senility and a tea phobia that torture a highly gifted and famous psychologist, as well as the character of a petty swindler, who, in a nursing home, is looking for the solution to his financial problems. The second film, “Dark Valley”, made in 2014, was nominated for an Oscar for best foreign film. The film, which is a mixture of a patriotic film and a Western, takes place in a remote Alpine valley, the Valley of Revenge, at the end of the 19th century. 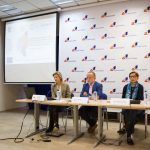 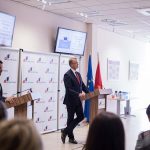